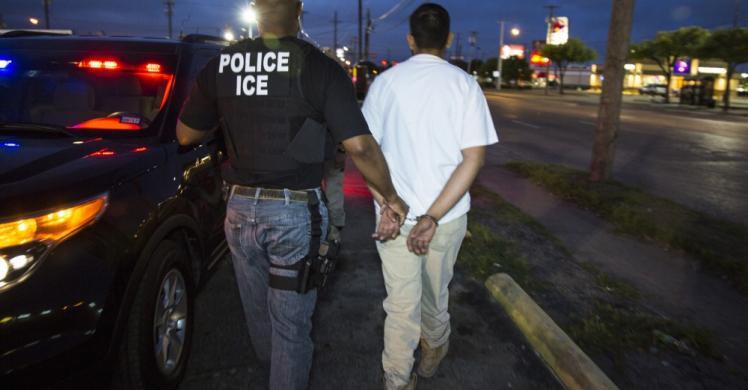 No sooner had Immigration and Customs Enforcement (ICE) announced the first case of a detainee testing positive for coronavirus than the Center began receiving calls and emails from media types asking if we agree that it now makes sense to release "vulnerable" detainees.

The answer was no before this latest development, and I have not reconsidered. But context is everything, and the unchanged position merits a fuller explanation.

When someone asks that question, the logical response should be to ask these two interrelated questions in return:

If he (or she) is asymptomatic, would it be responsible for ICE to set that person loose on an unsuspecting community and trust that he or she will thereafter engage in self-quarantine rather than roaming hither and yon to avoid recapture later, while infecting everyone who has the misfortune to be in his or her proximity?

If, on the other hand, he or she is ill, then where will ICE "release" him or her, except into supervised medical quarantine after being thrust upon an already overburdened local health system? Who will foot that bill? And is that really release, or just an exchange in the form of detention?

Many people don't seem to realize that several ICE facilities have medical wings capable of handling such cases, as long as they aren't overburdened — but isn't that exactly what we're experiencing on the outside as well? There has been a pretty frank acknowledgement at all levels that the country is confronting limited hospital supplies, medicines, and bed space, with some medical professionals and bioethicists going so far as to ominously suggest that doctors might get pushed into "who gets to live, who will be left to die untreated" scenarios (which may in fact be happening in stricken Italy).

So when asked which scenario — release or continued detention — is actually the more responsible one, the answer would not be different based on one new positive test result.