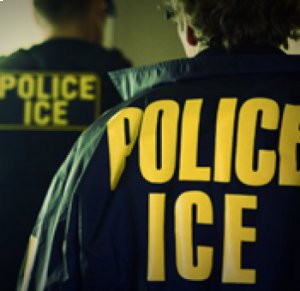 Some months ago, National Public Radio (NPR) did a story on Immigration and Customs Enforcement (ICE) sending out fine letters to aliens who have refused to depart, notwithstanding final orders of removal issued by immigration judges. The fines were improbably high amounts that few people, citizens or aliens, would ever be able to pay.

I, in turn, blogged about the NPR story, agreeing in part that the fines were absurd, but by the same token intended to garner the attention of the aliens engaged in scofflaw behavior and highlight the lopsided nature of demands by aliens and their advocates for "due process", which only seems to be of interest to them as long as it works in their favor. Of course, neither NPR nor any other mainstream media organization ever focuses on that half of the due process equation.

Now, NPR has followed up on the original story, describing instances where ICE has sent retraction letters to some of these aliens, including a woman who has sheltered in a church for over two years to avoid deportation, and who had accrued fines of nearly half a million dollars.

It's all well and good to issue the retractions, since those fines were never going to be collected, but ICE has put itself in a pickle here. Why bother with all the time, effort, and paperwork if you aren't serious about enforcing the law? I realize that churches constitute one of the "sensitive circumstances" that ICE agents are obliged to consider before engaging in operations to take custody of aliens wanted for removal, but this is clearly an egregious instance.

The answer, as I noted in my first blog, is to procure a criminal warrant for the immigrant's arrest and a concurrent search warrant to enter the premises to arrest her. Obviously, they should request that the records be sealed pending execution to ensure safety and security of the operation.

As for violating the church's "sanctuary": Let the chips fall where they will. There is no legally cognizable right of religious organizations to aid in breaking the nation's laws; we don't live in a feudal society or a fiefdom, and that's not what separation of church and state mean under our Constitution.

This course of action can be undertaken successfully. Remember Janet Reno's order to take custody of the little Cuban boy, Elian Gonzalez, who arrived as a refugee on a raft like so many others? He was seized by federal immigration agents in the middle of a predominantly Cuban exile neighborhood in Miami so that he could be repatriated to his father in Cuba — clearly a very controversial move for the time and place. Yet it happened and, interestingly (and to the credit of the community, however outraged it may have been — and it was), no violence or community disruptions ensued.

If agents could accomplish that, then certainly they can do this as well. It would be an important statement to make to churches and voluntary organizations — and, for that matter, so-called state and local "sanctuary" governments — about the willingness and insistence of federal authorities to ensure that immigration law is enforced in a uniform manner throughout the land.