The Hazards and Costs of Defying Federal Supremacy in Immigration Matters 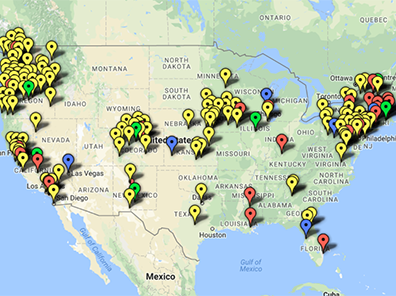 Several days ago, after reading a few articles asserting that it would be "extreme" for federal officials to prosecute sanctuary politicians who enact, regulate, and enforce policies that shield illegal aliens from the reach of immigration agents, I wrote a post questioning why such an act would be deemed either extreme or unlikely given the intransigence of these politicians to seeing federal laws enforced in their respective jurisdictions.

One politician — Libby Schaaf, the mayor of Oakland, Calif., just outside of San Francisco — has now publicly stated that she is "willing to go to jail" over her city's officially adopted policy of noncooperation with federal immigration authorities. I hope that the mayor carefully thinks about the ramifications of such statements. It's fine to grandstand until the handcuffs are placed around your wrists and you begin to see your personal and professional world unravel before your eyes.

What's more, the mayor obfuscates what is at issue in her remarks, choosing to conflate sanctuary policies with a kind of modern-day civil rights:

It is no surprise that the bully in chief is continuing to try to intimidate our most vulnerable residents. We're very clear that our values are to protect all of our residents regardless of where we come from. We want to protect families, not tear them apart.

The policy that the city has chosen to impose on its employees, most specifically its police force, is to preclude officers from cooperating with immigration agents in investigating, and placing into removal proceedings before an immigration judge, aliens arrested and charged with crimes, many of them serious. This is unambiguously not a civil rights issue; it is a public safety issue.

The actions of the Oakland mayor and council are akin to the kind of secessionist declaration engaged in by southern states in breaking from the union nearly 160 years ago, a modern version of "states' rights", the rallying cry of the Confederacy. They seem to me to be saying: "We choose to think that we can ignore the federal government's supremacy in matters of immigration, substituting instead our own local views as to which aliens should, or should not, be deported."

Not only is this dangerous to the communities into which recidivist alien criminals are returned, but, because those aliens are free to go anywhere they wish once released, they can, and often do, go to new communities in other, non-sanctuary jurisdictions that have had no say in the decision to release them, putting their citizens at risk as well.

This is precisely the reason why a patchwork quilt of local and state governments each exercising their own differing views on what makes an alien's presence "acceptable" cannot work, and why that is an exercise in federal supremacy. It is one of the reasons why the Articles of Confederation that preceded the adoption of the Constitution failed. There was nothing to bind the several states together into synchronicity.

State and local governments have on occasion invoked the Tenth Amendment as a justification to cloak their antipathy toward the immigration laws, asserting that the federal government cannot "commandeer" their employees in order to enforce those laws. That seems to me, when closely examined, a fig leaf to justify thwarting federal supremacy where immigration matters are concerned — a supremacy itself embedded in Article 1, Aection 8 of the Constitution.

As I have discussed previously, when federal agents file detainer notices ("holds") with police to ask that they take custody of an alien after state/local criminal justice proceedings are done, they are not so much demanding action from the police as asking them to refrain from something — that "something" being, in this case, the dangerous act of letting a criminal alien return to the streets of the community where he previously offended.

The antagonism exhibited by state and local officials has gone to extremes in California, which recently enacted a law that, in my opinion, is likely unconstitutional. It prohibits employers from cooperating with federal immigration agents when those agents conduct investigations of the employers' workplaces to ensure that only lawful workers are employed. Cooperation in such investigations is clearly in the employers' interests lest they be charged civilly or criminally with the relevant offenses.

Yet California's law would put such employers in jeopardy of civil and criminal fines for cooperating. California's attorney general, Xavier Becerra, recently went so far as to say the state would prosecute and jail employers who engage in cooperation.

Not only does California's law seem to me to place itself in conflict with federal immigration and employment verification laws — which in the constitutional scheme take clear precedence — but also appears to unlawfully inhibit an employer's first amendment right to speech, the speech in this case including an employer's right to engage in communication with federal agents when he deems it in his interest.

So we must ask ourselves two questions:

First, how can California's legislative and executive branches say with a straight face that their only interest is in protecting their Tenth Amendment rights, and that it is not in fact designed to impede federal immigration enforcement?