Aljazeera America has kindly brought us the story of Rayman Hussein, a naturalized U.S. citizen who is stuck in Yemen, the country of his birth, after having his passport seized for fraud by officials at the American embassy in the capital city of Sana'a. Apparently, he is one of several snared. 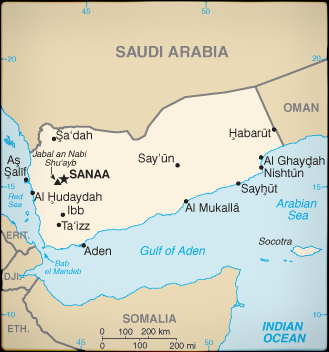 Aljazeera presents an entirely sympathetic portrait of a young man whose "father hoped to provide him with a future free of the political violence and poverty that plagued their homeland" when they immigrated to Oakland, Calif. It suggests that it all stems from a mistake based on his assimilation and use of a name more culturally friendly to American sensibilities rather than identity fraud, the source of the problem with regard to the particulars he provided to obtain his passport.

But the portrait seems to me to have been tailored to the point of being stilted; that perhaps significant things were left out or just slightly altered to ensure that the sympathy for his plight would be undiluted. Because, even as presented, the facts just don't add up. Consider:

Then there is the fact that, despite his graduation from San Francisco State University (as the leading photo in the article shows us), he was apparently living a relatively marginal economic existence working in his father's grocery store and driving a cab. The story tells us that he was trying to save up enough money to provide his family the kind of existence his father provided him, but that rings false.

First: Yemen, as was noted by Aljazeera, is indeed poverty stricken. What could this man be doing in Yemen that would provide him with the chance to make enough money to live a California lifestyle of any means at all? Second: Yemen is in fact plagued with political violence and terrorism. Why would he not flee back to the safety of the United States at the first opportunity?

Finally, there is the curious position taken by an unnamed State Department official who, according to the article, asserts, "We're talking about an inherently coercive and intimidating environment, without any independent supervision of the interrogator and his translator." One can practically hear the sniff in his or her voice, as if to say, "This is the State Department. That's just not done here."

I worked in law enforcement for many years and I can tell you that all interrogations are inherently coercive and intimidating by design. That is why they are interrogations and not interviews. When enough facts have been gathered to suggest a crime, an interrogation in which a subject is deliberately kept off balance in order to ferret out the truth becomes the norm.

I cannot fathom a State Department official who could be so devoid of any understanding of the utility of interrogation techniques by fellow officers, especially in a country with a history like Yemen's.

The notion is deeply unsettling to me, because it suggests the strong possibility of an unfiltered flow of future trouble of the Anwar al-Awlaqi type, walking out the doors of the embassy in Sana'a, with people happily carrying the documents needed to make their way here.