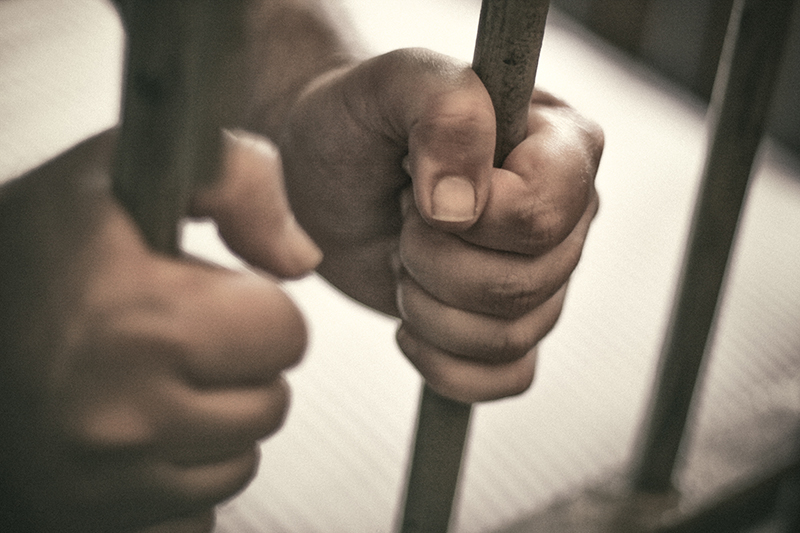 In May of this year, I wrote a CIS Backgrounder on the First Step Act, a prison reform bill introduced simultaneously into the Senate and the House of Representatives.

My analysis, which focused on the House version, reflected some significant deficiencies in the bill as written, in that it did not appear to consider the adverse consequences some of its sweeping provisions would inflict on the sensitive issue of detaining and deporting alien criminals. I noted, though, that as of the time the Backgrounder was published, I was reviewing a version of the bill that had not yet gone to the floor of the House — meaning that it could, should the relevant committee members choose, be amended before sending it onward for full consideration.

The committee moved at what was, by congressional standards, light speed and, although a few changes were made, some of the most glaring flaws of the bill remained intact. Despite this, the full House passed the bill and moved it onward for Senate consideration and reconciliation with the original Senate version of the First Step Act that had been introduced earlier by Sen. John Cornyn (R-Texas). The bill now being contemplated in the upper chamber of Congress can be seen here.

When I wrote the first analysis, I made this observation:

According to some media sources, although the attorney general is not enthusiastic about the contents of the bill, presidential advisor and son-in-law Jared Kushner has thrown his support behind it and, if passed, it could very well be signed into law by the president.

Shortly after my analysis was published I experienced proof that there were White House pressures at work to move the bill forward: I myself received a phone call from a highly placed administration official who chided me for my irresponsible piece and assured me that some of what I perceived as flaws really only reflected the status quo (such as availability of prison reintegration programs for deportable illegal alien prisoners), and/or intimated that the other matters would be dealt with by amendments so I shouldn't worry. This official ended by suggesting that if I felt the need to write further on the bill, I should contact the official's office first.

I do feel the need to write further and, for the record, I have not contacted any government office first. That isn't my job — and most especially not when a bill proposes to embed an inappropriate status quo into a legal requirement, and when none of the other ameliorating "amendments" that this official assured me would obviate my concerns have come to pass.

The House of Representatives has chosen to sidestep taking a responsible approach by not rejecting the legislation or forcing floor amendments that would cure the flaws. It is a puzzle, although not a surprise, to me that they didn't. I am only disappointed that I allowed myself the foolish luxury of believing that Congress will do the right thing where immigration is concerned.

The Department of Justice (DOJ) has gone on record as being deeply concerned about several of the provisions in the First Act, and they closely mirror the observations made in my first analysis. A copy of the DOJ letter, signed by Assistant Attorney General Stephen Boyd, can be seen here.

Those concerns appear to be going unheeded. I am reliably informed that the steamrolling of this flawed bill continues in the Senate, even though it raises significant public safety concerns. Here are just a few from the DOJ letter, focusing on matters relevant to immigration enforcement, such as incarceration and then effective removal of alien gang members and drug traffickers:

In recent years, drug traffickers, gang members, and other violent criminals have received significant sentencing breaks. ... The average sentence length for federal drug traffickers provisions currently in the First Step Act would exacerbate, rather than mitigate, these trends.

[T]he Department is concerned that the legislation as drafted will be interpreted to provide significant benefits to illegal aliens, including requiring that they be moved closer to their primary residences in the United States, and releasing them early (for the maximum amount of time allowable by law) to home confinement. Both of these benefits, which are intended to help inmates adjust to life outside of prison before release, are inapplicable to illegal aliens, who should be deported after serving their sentences. Even more concerning, the placement of many deportable aliens in home confinement would allow them to escape from custody and disappear before U.S. Immigration and Customs Enforcement (ICE) would be able to deport them.

I am left with the observation that drafting a good prison or sentencing reform bill is much akin to threading a needle: Aim wide, and you are sure to fail. With carefully re-crafted language, this bill could have been excised of those provisions that potentially will permit thousands of alien felon prisoners to sidestep the reach of federal immigration officials attempting to take them into custody from the Bureau of Prisons in order to deport them. And such amendments would have done no harm whatsoever to the aim of prison and sentencing reform for deserving American prisoners.

Such redrafting would, in fact, have helped establish the legitimacy of prison reform efforts through a carefully tailored approach. Instead, this abysmally wide, foolishly flawed bill will convince many Americans that all prison reform is a charade not to be taken seriously.

As for the administration: The president talks, even now, about the importance of ridding American society of alien felons and the foreign criminal organizations responsible for so many drugs and so much violence in our society, whether they are Mexican cartels or gangs like MS-13 that infest our metropolitan areas. I believe him when he speaks, but it is time for the action to meet the rhetoric. Passage of this bill into law with support from the White House is a serious strategic mistake. How long will the public continue to exhibit confidence in the president's utterances if the walk doesn't match the talk?