It is full of interesting factoids that one would probably find impossible to obtain even through the filing of a Freedom of Information Act request, given this administration's reticence to share information and data of even the most fundamental nature. 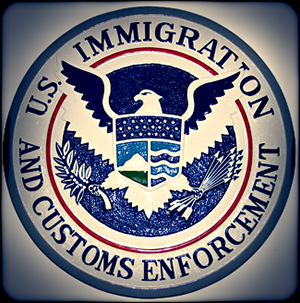 Many such requests are ignored or denied, as has been reported regularly by members of, and contributors to, the Center's writings. Most recently, in another blog, I noted that even the Syracuse University Transactional Records Access Clearinghouse (TRAC) has been obliged to file a federal lawsuit to seek data relating to immigration enforcement matters.

But here's the thing: Despite all of the data — some of which is quite remarkable — I believe that the report sheds no light whatsoever on the overall effectiveness of Immigration and Customs Enforcement (ICE) strategies to enforce the nation's immigration and employment-verification laws.

As the IG report itself notes, in 2009 ICE undertook a fundamental shift in strategic direction and decided to forego enforcement actions resulting in the arrest of illegal aliens at employment sites in favor of administrative inspections of I-9 employment verification forms. ICE also proclaimed that it would focus on criminal prosecution of notorious employers as a significant deterrent.

In the words of the report:

On April 30, 2009, HSI announced a revised WSE [worksite enforcement] strategy focusing on employers who knowingly hire unauthorized workers, rather than on large-scale enforcement actions that target illegal workers almost exclusively. Of the more than 6,000 WSE-related Department of Homeland Security arrests made in 2008 under the previous strategy, only 135 were arrests of employers. ... Under the current WSE strategy, ICE continues to focus on criminal prosecution, but also makes efforts to use all available civil and administrative tools, such as inspections, fines, and outreach to penalize and deter illegal employment.

The IG employees who conducted the audit seem to be unaware that comparing 6,000 arrests of illegal aliens on administrative deportation charges to 135 prosecutions of employers for criminal violations of law is a (pardon the pun) fruitless apples-and-oranges kind of comparison to make. One has nothing to do with the other.

One would, however, think that a report assessing the effectiveness of such a sea change in strategy would have looked beyond the paperwork inspection process to determine whether ICE was, in fact, focusing more on criminal prosecutions of egregious employers as they proclaimed. But there is not a word to that effect. Exactly how many egregious employers have been arrested and prosecuted under this new strategy? We have no idea.

Within the context of the inspection process itself, we are given another odd combination of tantalizing factoid and useless comparison. The report notes that "from FYs 2003 through 2008, as a result of its administrative inspections, ICE imposed fines totaling $1.5 million. Under the current strategy, from FYs 2009 through 2012, ICE imposed fines totaling $31.2 million."

This would seem to imply a much more effective WSE program, if taken at face value — but it shouldn't be.

First, it is well to remember that for several years after the terrorist attacks of September 2001, much of the investigative workforce doing immigration enforcement was completely absorbed in counterterrorism duties and WSE efforts almost completely fell by the wayside.

Second, in any rational cost-benefit analysis, we need to consider what it cost the taxpayer, relatively speaking, to collect those fines. The IG's office doesn't give us the figures for 2003 through 2008. However, for the years 2009 through 2012, the report tells us that WSE efforts cost a staggering $531 million. My simple math tells me that's a half-billion dollar shortfall.

What is the American public gaining, then, from such an inspection strategy? Can we gauge whether the shift is deterring, in any significant way, either employers from hiring illegal aliens or those aliens from seeking unauthorized employment? We cannot.

In other words, we have no idea whether the revised ICE strategy is successful in eliminating, or at least having significant impact on, the magnet of jobs in drawing aliens to cross our borders illegally.

There is, finally, the curious anomaly of the three recommendations put forward on page 12 of the report, ICE's responses, and the resulting decision by the IG's office as to what they deemed resolved, vs. unresolved. The call and response to Recommendation 2 are particularly puzzling:

Recommendation #2: "Develop a process to evaluate the effectiveness of the administrative inspection process and modify the process based on the evaluation."

Response: "ICE has taken the following steps to enhance the process it uses to evaluate the effectiveness of the administrative inspection process and to modify the process based on its evaluation. The WSE Unit participated in the ICE Innovation Forum, 'Achieving the Mission and Driving Innovation through Public-Private Partnerships', conducted on July 16, 2013. ICE hosted approximately 120 industry representatives to work with ICE subject matter experts to address specific current challenges, including effective methods of evaluating the current WSE strategy."

I am completely at sea to figure out how a one-day seminar with "120 industry representatives" — the infamous and usually fatuous "stakeholder conference" on which agencies rely as a last-ditch effort when completely bereft of ideas — is going to do anything to help ICE figure out whether its inspection process is effective at policing the flow of illegal aliens into the workplace.

Yet, the IG's office accepted this cabbage-ball of a toss-back and recorded the recommendation as "resolved". Huh?

So, ladies and gentlemen, there you have it. A program that made the taxpayers $31 million, cost $531 million, and whose effectiveness is going to be judged by the industries that have the most to gain by continuing to circumvent the law in their endless pursuit for cheap labor. Welcome to the Homeland Security Hall of Mirrors!