Finding Solutions for the Troubling Legal Foundation of the TPS Program

The Trump administration has made a series of confusing, slightly out-of-sync decisions regarding the extension, or end, of Temporary Protected Status (TPS) for the various foreign nationals who now enjoy the benefits of that program. Many of them have been in the United States for years and years and years, making a laughing stock of the word "temporary".

My colleague Jessica Vaughan has pointed out the abuse of TPS with these decades-long grants in a recent USA Today opinion piece, "What part of 'temporary' do people not get?". Ironically, but typically, Vaughan's op-ed was the "opposing view" about the TPS mess — even though, at the time I reviewed the article and clicked on the poll readers can respond to (about 11 p.m. on January 15), nearly 73 percent of respondents strongly agreed with her. 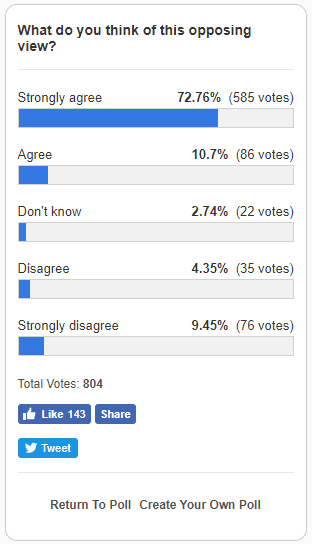 In commenting on the administration's decision to phase out TPS for Salvadorans, such phase-out to take place over a very long period of time, Center for Immigration Studies Executive Director Mark Krikorian has also weighed in, with "Lawmakers and Journalists Often Have No Idea What They're Talking About".

In his blog post, Krikorian makes a cogent point about TPS recipients that most people don't know (or choose to overlook):

TPS is for illegal aliens (and a much smaller number of people on valid, but expiring, visas) who are here when their country suffers natural disaster or civil strife. The thinking was to temporarily hold off sending them home (and give them work permits) until things stabilize. It is thus not a refugee-like resettlement program that brings people to the United States from places that have experienced such problems. This is not a trivial distinction: They have not fled the earthquake, hurricane, etc. — they were simply lucky enough to be here when it happened and their prize was a work permit.

Of course, migrant advocates and those who believe in unfettered mass migration (in other words, those most inclined to think in terms of grand amnesties for each and every contingency that arises), want now to find a way to let all of these individuals stay in the United States — even though repeatedly caving in to such pressure by previous administrations is what allowed the abuses of TPS to multiply from year to year to year.

The pool of potential amnesty recipients is growing exponentially: Several members of Congress are now trying to find a way to meld TPS amnesties into the DACA amnesty deal.

One member has introduced a bill that would combine an amnesty for existing recipients with a complete end of TPS in the future, through repeal of that provision in the Immigration and Nationality Act (INA). Its chance of passage is almost certainly remote, although clearly there is reason to disbelieve that any administration can competently handle the program, given that both Democrats and Republicans have made such a mare's nest of it since its inception in 1990.

If Congress were to show it is serious about amending rather than abolishing TPS, one way it could do so is to recognize, as Krikorian has, that there are two types of TPS recipients: those who are here temporarily but legally, such as on student visas, when a disaster occurs at home, and those here illegally. I don't suggest the former should benefit from decades of extensions either, but certainly their legal status should put them in an entirely different position than illegal aliens who are granted TPS.

In dealing with the illegal alien population in the United States, Congress should amend the TPS provision, which can be found at Section 244 in the INA (8 U.S.C. § 1254a), by providing that an illegal alien can only be granted Temporary Protected Status upon execution of a stipulated agreement before an immigration judge that acknowledges he or she is unlawfully in the United States and accepts an order of removal, the execution of which is suspended for the duration of the grant of TPS.

Congress should additionally consider amending Section 244 to require that any extensions of TPS beyond a specified period of time (say 18 months) must be submitted to and approved by the committees of jurisdiction in both the House of Representatives and Senate.

Granting amnesties, though, for people who have already benefited greatly from years of American largesse, is not only a travesty given that they violated our laws to be here in the first place, but also acts as a magnet for continued illegal migration by aliens from any poor or unsettled portion of the world.