During field research in Panama and Costa Rica about the threat of terror travel, I met nine Sri Lankan migrants on their rather incredible inter-continental journey to the U.S. southern border. The indisputable fact of their northward passage through Central America — and of the very existence of a migration bridge connecting Sri Lanka to the southwest border — raises terrorist infiltration concerns more so today in the aftermath of coordinated ISIS-inspired church bombings by a new Islamist terror group in that country. 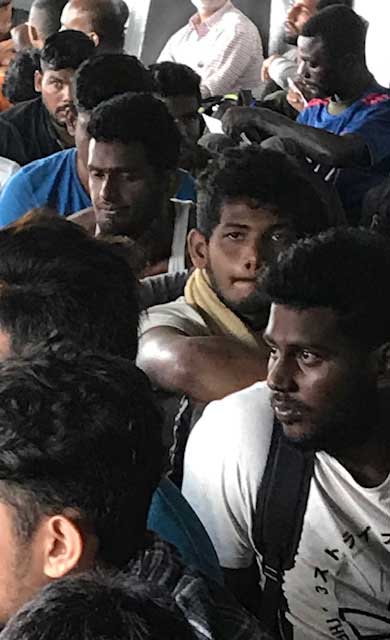 Sri Lankan migrants in Costa Rica on their way to the U.S. southwest border in December 2018.

Unfortunately lost in all the fuss about Central Americans is the unmoving fact that migrants from countries where Islamist terrorist groups operate also are arriving at the border among the Central Americans almost every day. Thousands of so-called "special interest aliens" arriving annually from the Middle East, South Asia, and North Africa, mostly without any identification or vetting, have given rise to national security worries about infiltration, a threat about which I have written extensively.

No doubt those nine Sri Lankans I met in Costa Rica reached the border not long after I met and photographed them. We can only hope American immigration enforcement authorities weren't too busy with Central Americans to determine, with some confidence, that they were merely economic migrants rather than members of National Thowheed Jamath looking to also take advantage of our nation's catch-and-release asylum system.

Those who ridicule the idea that such migrants present any sort of threat should have attended the press conference I attended yesterday in San Antonio. There, a coterie of ranking, highly credentialed professional homeland security officials gave articulate voice to the often-mocked national security threat issue presented by this unique migration.

Heading the group was U.S. Attorney John F. Bash of the Western District of Texas, who appeared before local media to announce the guilty plea of Moayad Heider Mohammad Aldairi, a Jordanian special interest alien smuggler who operated in Monterrey, Mexico, for at least the last several years. 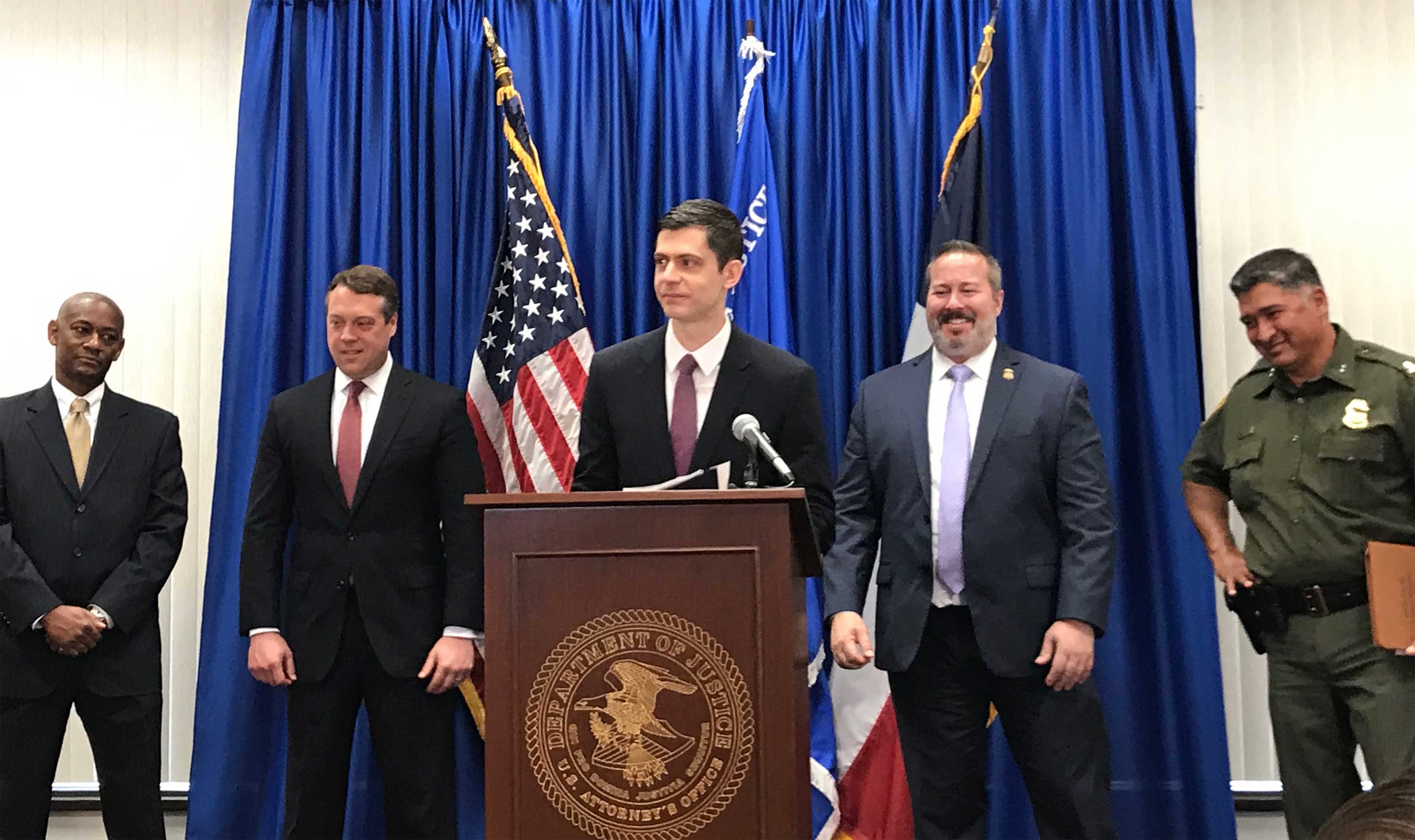 The crimes to which Aldairi pleaded involved his smuggling of at least six Yemeni migrants across the Texas-Mexico border at Eagle Pass. Aldairi, 32, pleaded guilty on April 29 in Del Rio of aiding and abetting the long-haul smuggling as part of a network whose other members remain under investigation by ICE Homeland Security Investigations. 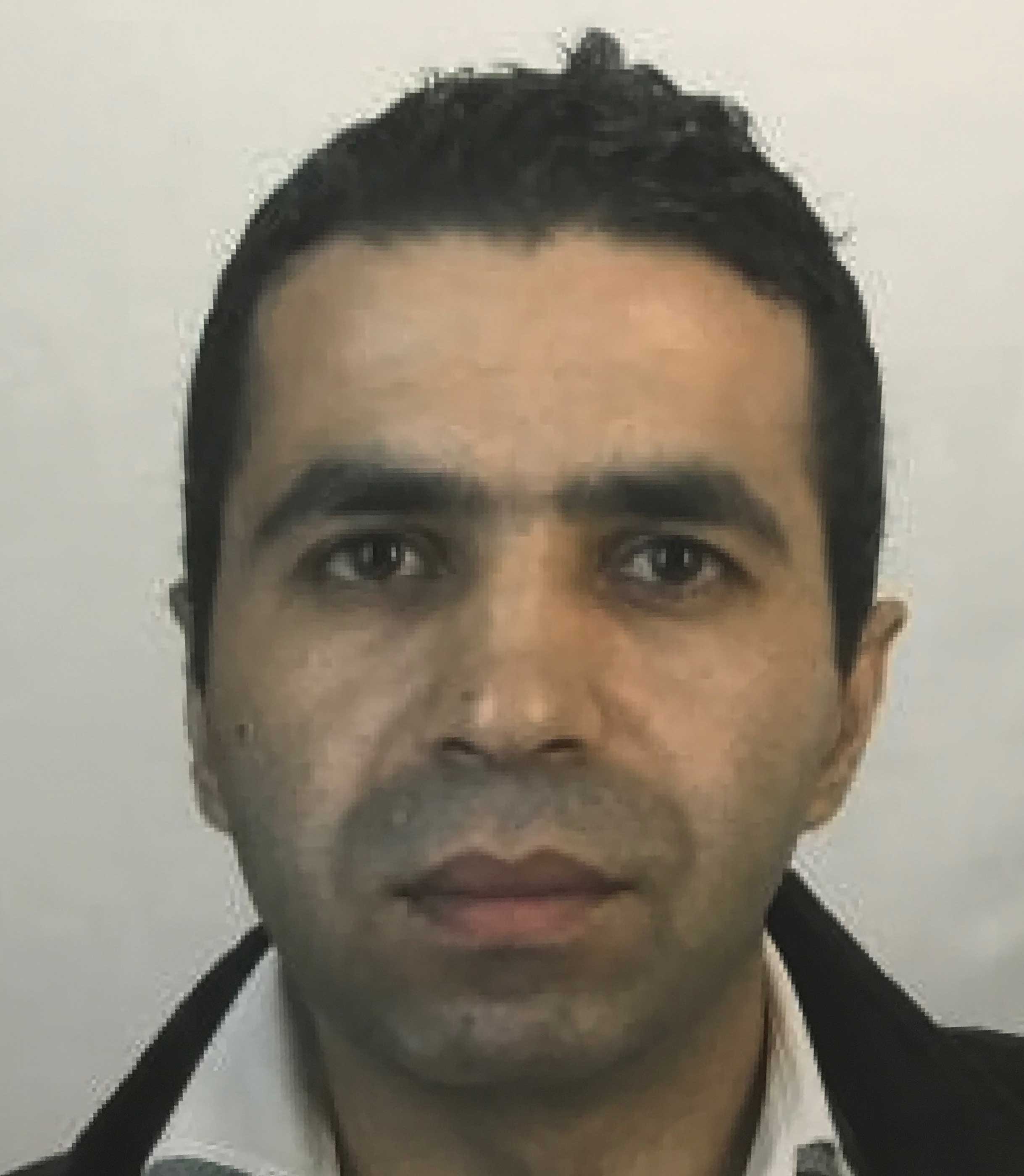 Bash declined to answer questions about whether any of the Yemenis, three of whom remain inside the United States under unknown immigration status, were connected to terrorism. After all, Yemen is a country embroiled in a civil war in which one major armed faction is Al Qaeda in the Arabian Peninsula. But San Antonio Express-News reporter Guillermo Contreras reported yesterday that "law enforcement sources" told the newspaper that "some of the six Yemenis were on terror watch lists."

They would hardly be the first known or suspected terrorist to have reached the southern border.

I've already written at length about the Aldairi case and its wider security implications (see here and here) and see no need to repeat the details as to how this SIA smuggler was able to move Yemenis over the Texas border for between $3,000 and $6,000 each.

What struck me as more important to impart right now were the words and thoughts about the Aldairi case from these homeland security professionals, because we all know that only an unsatisfying quote or two from them will otherwise get out there.

Bash spoke the most, clear-eyed about what special interest alien (SIA) travel to the border means from a sober homeland security perch.

He started by acknowledging that no terrorism attack from a border-crossing SIA has occurred. But he said this in no way diminishes the fact that migrant traffic is a real threat or the need for American action to mitigate it, such as the smuggling investigation that removed Aldairi from the field.

"Thank god we're not aware that a terrorist attack has happened yet, based on someone crossing illegally. But of course, September 11 hadn't happened yet until it happened. And if we continue to have a system where someone can just walk into this country undetected, someone's going to figure that out at some point who wants to do harm to the nation," Bash said.

Bash spoke of how SIA smuggling and migration must be counted among the other threats at the border:

Bash reminded anyone who might be listening beyond the few local reporters in the room that terrorists from places like Yemen would find it easy to reach the border for a few thousand dollars:

Bash described a "huge loophole in our national security system" that illegal land border entry presents for terrorists because these migrants show up without identification or the vetting required for travelers from terror countries. Also:

Think also about how many restrictions we have on air travel, how many lists and checks people have to go through, how much scrutiny people have to go through to get a visa to get into this country, especially if they're coming from a place like Yemen, which has a significant terrorist presence. You don't have to go through any of that process. You just have to fly to Ecuador and walk across the border. Fortunately, these six were detained, but we don't know how many other people he [Aldairi] assisted in getting into this country. This is a huge loophole in our national security system. We need to know every single person who's coming into this country, what their identity is, whether they fly in, whether they take a boat in, whether they walk in, drive in, ... we need to know who they are. And to have a system where you have tens of thousands or hundreds of thousands of people a year walking into the country [is] a massive loophole.

If thousands of people from the Middle East, from every country in the world who get into this country without us knowing who they are, that will eventually blow up in our face.

Bash said the risks of such migration are exacerbated by the "catastrophe" of the Central American family influx that currently has dominated the nation's attention:

I should emphasize how much the current catastrophe at the border with the number of family units arriving is exacerbating precisely this loophole. Right now we have Border Patrol agents being pulled out of the field where they stop people crossing illegally because they're processing family units at the facilities. ... What that does is it pulls Border Patrol agents out of the field and into the processing centers. That creates a vicious cycle because now more and more people can enter undetected because we have fewer border patrol agents in the field.

Deputy Assistant Attorney General David Rybicki flew in from Washington, D.C., for the press conference, an indication of the importance of the Aldairi case to the White House.

Rybicki reiterated that migrants from terror countries who illegally bypass systems arrive with none of the vetting that others from those same countries undergo when they apply for legal entry.

"Instead of the comprehensive vetting process required by immigration law, smugglers of course do not vet the backgrounds of the people they smuggle, except to determine how much money they will pay to enter the U.S. illegally," he said.

Rybicki said the Department of Justice is especially committed to attacking smuggling organizations like the one Aldairi was a part of. He pointed out that this case was part of an inter-agency program known as the Extra-Territorial Criminal Travel [ECT] Strike Force, which goes after human smugglers and their assets in league with foreign governments. ICE's Homeland Security Investigations (HSI) is largely responsible for dismantling SIA smuggling organizations:

The Trump administration, as part of its broader focus on border security, has prioritized ECT matters such as this case you're hearing about today. ... The Trump administration will not hesitate to use all of its tools at our disposal ... to reach and to stop human smugglers here and abroad. We have, for example, pressured foreign governments to fire or prosecute corrupt officials for aiding smugglers.

Shane Folden, special agent in charge of HSI San Antonio, said the Aldairi case was emblematic of how the agency uses its international reach to break SIA smuggling with highly complex investigations. He, too, noted that the threat of this migration flow is largely the fact that most arrive as complete unknowns.

"Human smuggling organizations like this one dismantled today constantly pose a threat to U.S. national security. Undocumented aliens are not vetted before they enter the country. And in some cases, like Yemen, there's no ability of vetting individuals in their countries of origin," Folden said.

U.S. Border Patrol Chief Raul Ortiz of the Del Rio Sector, where his agents apprehended the six Yemenis after they crossed, said his officers encounter "individuals from a slew of countries around the globe", about 53 countries in the sectors at the southern tip of Texas and about 30 countries of origin in the Del Rio sector. He continued:

We have very little infrastructure in these areas. Roads are very tough to access for our Border Patrol agents, and so for us to get out there on the front lines and be able to patrol, we need the support of Congress and the administration so we can focus and ensure, not just the border security mission, not just the humanitarian mission, but certainly the national security mission that is so important to us.

Chief Ortiz noted that in just his sector, more than 5,000 border-crossers escaped capture and are unaccounted for so far this year.

"Those are the type of individuals who are trying to get away from us. Those aren't the family units and unaccompanied children who are turning themselves in," he said. 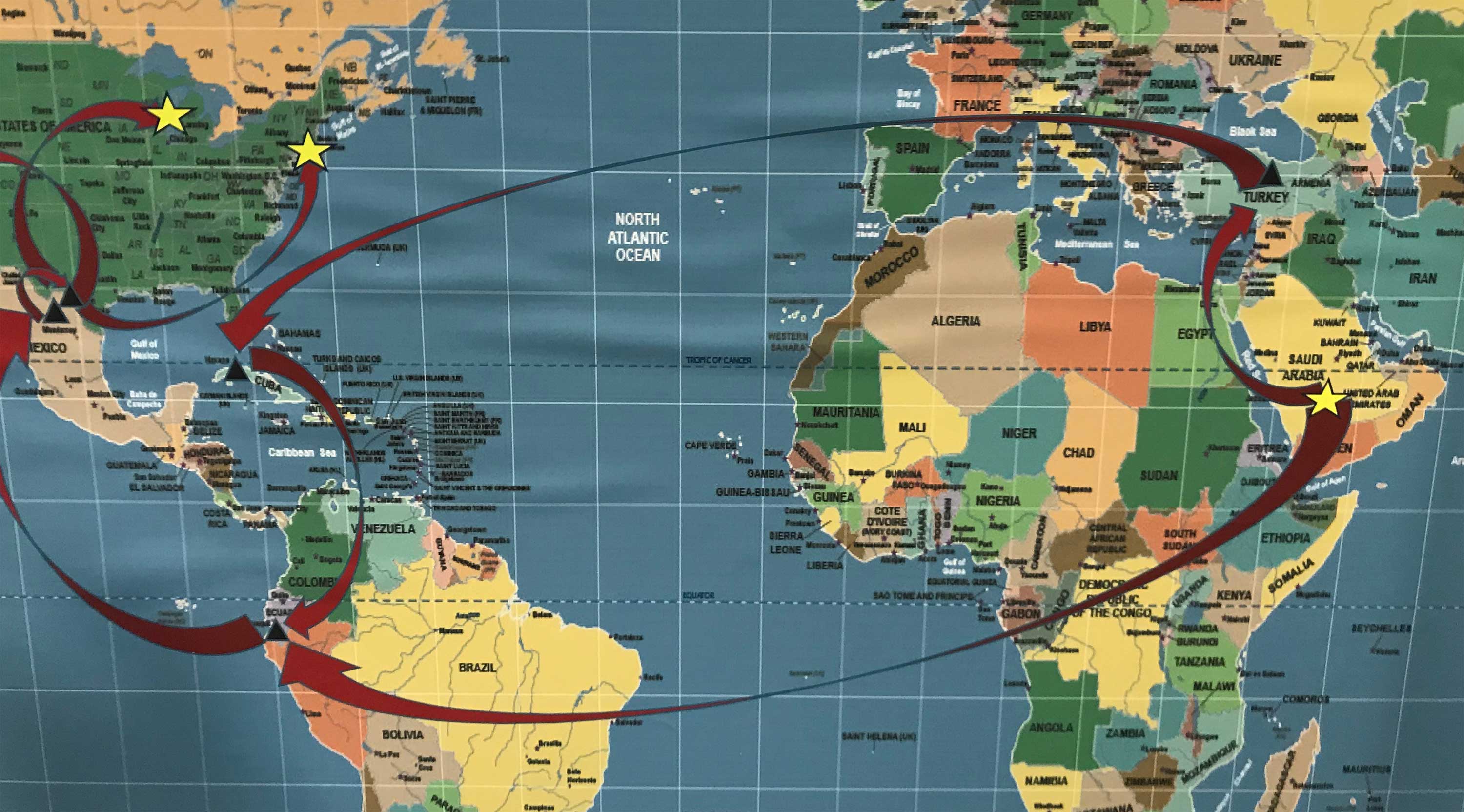 The U.S. Attorney's Office in San Antonio displayed this map showing the routes that at least six Yemeni migrants followed to reach the Texas border in 2017.
Topics: National Security