Mauritanian migrants in Los Chiles, Costa Rica en route to the US southern border, looking for a smuggler. All photos by Todd Bensman.

LOS CHILES, Costa Rica – Five military-aged African migrants, fresh off a commercial bus in this town a few miles south of the Nicaragua border, eyed with hard suspicion several smuggler-drivers who approached them in the off-load area. The bus had brought them from Costa Rica’s southern border with Panama. The group found a spot of shade by a local store and listened to price quotes for the ride to illegal border crossings into nearby Nicaragua, through which they’d have to pass next on their journey to the U.S. southern border.

These five men spoke French, which made any smuggling negotiation difficult and also attracted my unwanted questions. Reluctantly, they each indicated to me that they hailed from the northwest African Muslim-majority nation of Mauritania and were going to the United States.

A few days earlier, I met three migrants in Los Chiles from Senegal, and five others from Eritrea in the northern Costa Rica town of La Cruz. I examined one local La Cruz motel log book that listed travelers from Guinea, Burkina Faso, Sierra Leon, Nigeria, and Ethiopia. One customer listed his name merely as “Mohamed” from “Africa,” another as Ahmed Talib, also from “Africa.”

These Africans were part of an increasing number of US-bound “extra-continental” migrants traveling an international route that, unbeknownst to much of the American public, connects all of the African continent’s countries to the U.S. southern border. Many will claim asylum and find quick release into the nation’s interior with little or no meaningful security vetting. 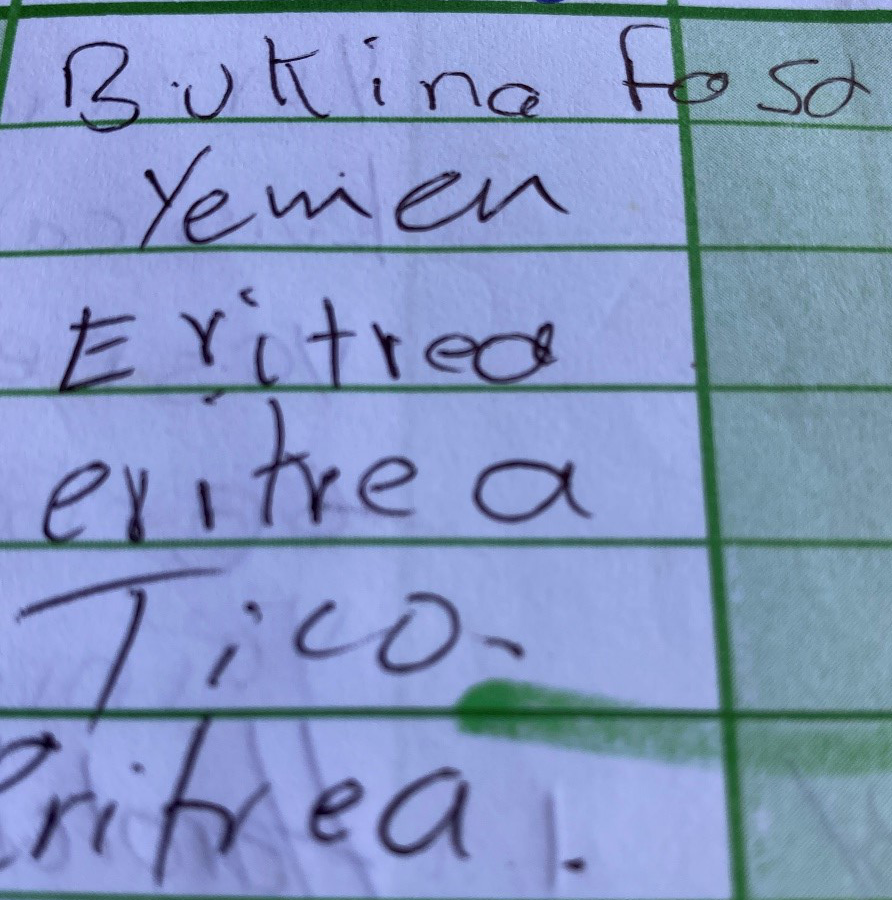 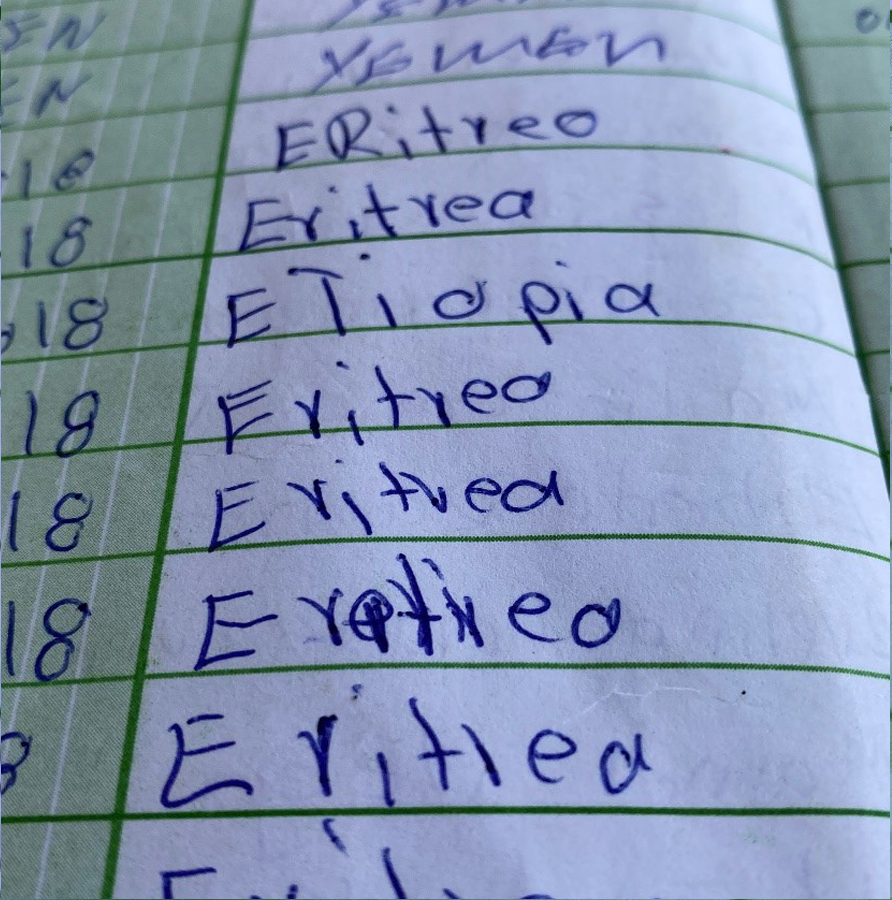 But as I have often warned, illegal immigrants from Africa pose a national security risk that is different than the more familiar ones from Central America because U.S. homeland security agencies often can’t nail down whether some are radicalized Islamic terrorists, violent atrocity-committing war criminals – or victims of those very scourges.

Now comes news of the recent federal indictment against Mezemr Abebe Belayneh, an Ethiopian living as a naturalized American citizen in Snellville, Georgia.

The 65-year-old stands accused of covering up his participation as a torturing interrogator in Ethiopia’s 1976-1978 “Red Terror,” in which the Marxist-Leninist group known as the “Derg” vying for power in the country rounded up members of rival communist Ethiopian People’s Revolutionary Party, or EPRP, seized their weapons, then tortured and executed them in makeshift prisons.

The Department of Justice indictment states that Belayneh ran such operations out of a hotel in the town of Dilla, Ethiopia. For about a year in 1977 and 1978, Belayneh “interrogated, severely beat, and ordered others under his control to severely beat members and perceived members of the EPRP who were detained,” the indictment says.

He didn’t journey through South America and cross the border, as many from Ethiopia and neighboring countries are now. But that further underscores the broader problem with those who are coming across the border now.

In May 2001, Belayneh applied to immigrate to the United States under the Diversity Immigrant Visa Program, aka the Visa Lottery. The indictment says Belayneh simply lied and obfuscated about his grotesque violent past, as he naturally would, on all the official forms and during interviews with American adjudicators of the time.

American adjudicators would have had all the time and resources necessary to mount a decent vetting investigation into Belayneh’s past; Ethiopia and the United States had collaborative intelligence-sharing arrangements then. Four months later, the Americans approved his application, and he entered the country in October 2001 as a Lawful Permanent Resident.

The lies and cover-up held up well even in the presumably more mindful post-9/11 years. In September 2007, Belayneh applied for citizenship. After the usual interviews with trained homeland security officials, Belayneh’s application was approved on March 19, 2008, and four months later this alleged war criminal became a naturalized United States citizen in Georgia.

Nothing in the court record indicates that Belayneh visited his brutal ways on his fellow Americans. But his fellow Americans should never have to accept that homicidal criminals could hide in their midst or that they should ever suffer the prospect that such people predisposed to such violence may one day lash out with it again. 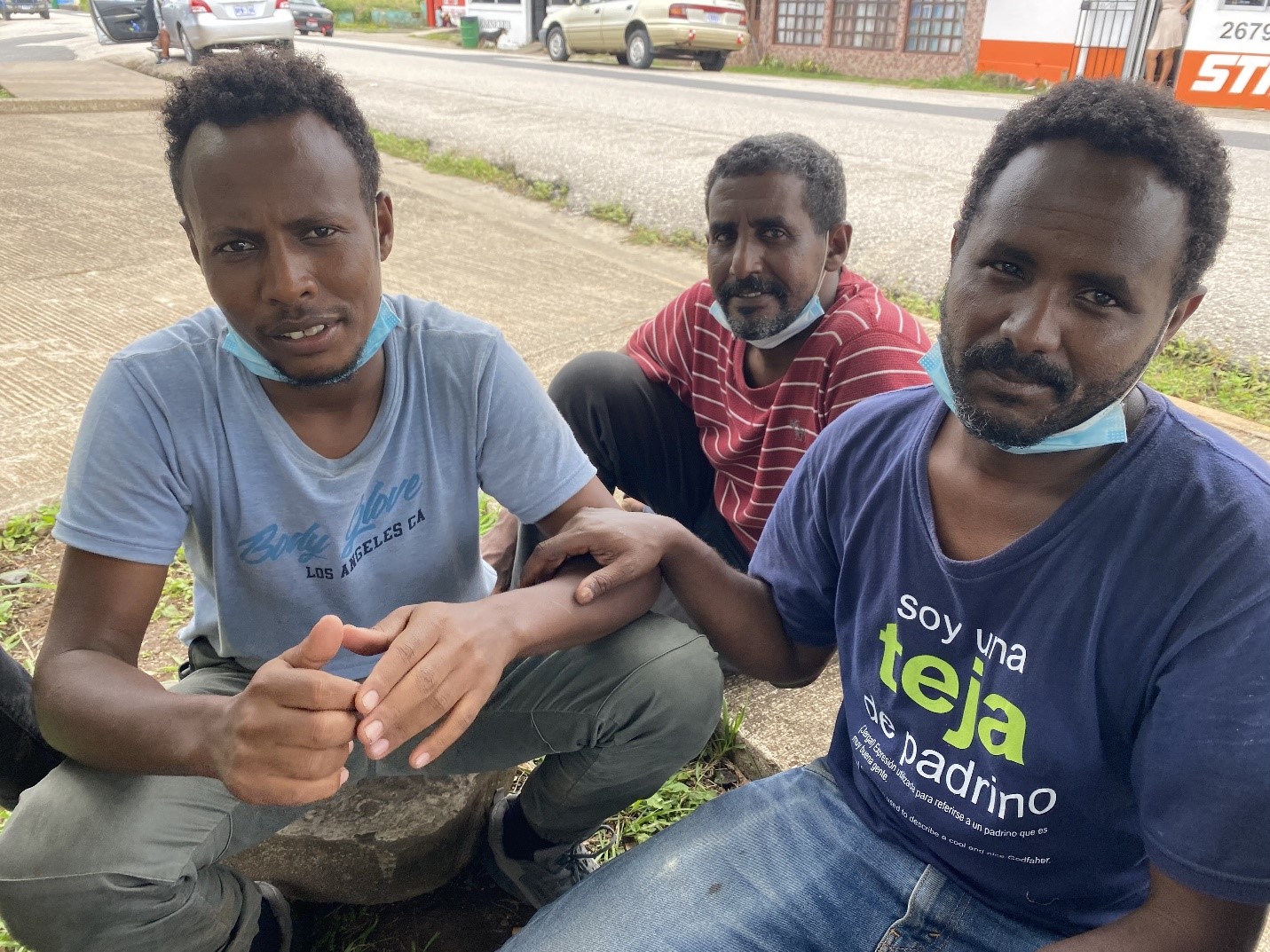 The Belayneh prosecution underscores the extreme difficulties that American border security agencies confront when escalating numbers of people from that part of the world show up at the southern border with no identification and completely unverifiable tales of woe. These strangers likely will claim asylum and gain quick release into the nation’s interior, as unknown and unknowable as when they arrived.

Even if American agencies bother to check with homelands, which is unlikely, not much may be found. After all, some African nations never record their terrible internal histories. Others do not possess criminal and intelligence databases at all.

For the United States, the present migrant crisis and protective political force field surrounding asylum seekers of any stripe lower the odds of uncovering a dangerous war criminal entering at the southern border from places like Sierra Leon, Cameroon, Nigeria and the Democratic Republic of Congo, which suffer their own Red Terror-like cataclysms.

A crisis of mass migration is swamping all normal management systems on the border, reducing the ability of DHS to vet anyone very well. That’s assuming DHS under the administration of Joe Biden would invest in such endeavors.

The Mauritanians, Senegalese, and Eritreans I met on the Costa Rica-Nicaragua border may well be economic migrants dreaming of an American lifestyle. They may well have suffered the depredations of their fellow citizens back home. But they may also be perpetrators and war criminals hiding past atrocities, like Belayneh.