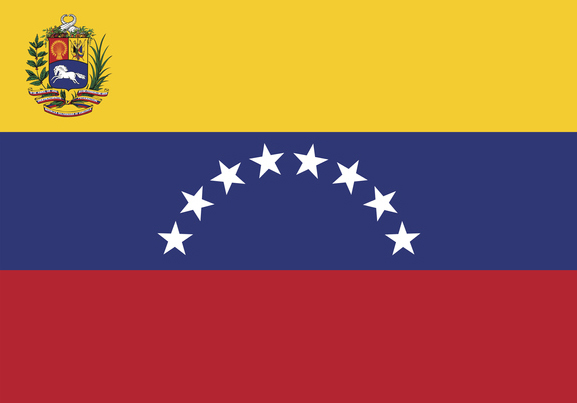 But a new and so-far undisputed news report has it that Immigration and Customs Enforcement (ICE) headquarters in Washington, D.C., ordered the release of a Lebanon-born Venezuelan named Issam Bazzi who swam the Rio Grande into Brownsville, Texas, and then was flagged as being on the FBI’s terrorism watchlist.

All this and more comes from former New York Times writer and Pulitzer Prize winner Charlie LeDuff, reporting in a January 27 story for the online news outlet Deadline Detroit. LeDuff’s report stated that ICE HQ overrode FBI recommendations to keep the 50-year-old Bazzi in custody on the Texas border because of “highly derogatory Information” and that he posed a flight risk.

The reason ICE headquarters intervened for the release of a suspected border-crossing terrorist from Hezbollah-friendly Venezuela whose intelligence file contained highly derogatory information?

Concern that he might catch Covid-19 in the detention center because he was overweight, LeDuff reported.

Instead of extended detention, investigation, and deportation that are all supposed to be in store for every FBI watch-listed migrant caught crossing the border, Bazzi is living free on his own recognizance in Dearborn, Mich., pending the outcome of an asylum case that will take years to conclude because of a backlog.

Someone in the federal government apparently was left so aggrieved or fearful by ICE headquarters’ intervention that they leaked classified, “sensitive government documents” about the episode to LeDuff. He went with it after the FBI and ICE stonewalled his calls for comment.

Those documents describe Bazzi as a person with highly derogatory information and ties to an unspecified terrorist group, LeDuff wrote (although it is likely Hezbollah, as I’ll explain shortly).

In October, Bazzi flew with his wife and daughter from the Venezuelan capital of Caracas to Monterrey, Mexico, a typical travel plan for record numbers of Venezuelans fleeing the economy destroyed by the military dictatorship of Nicolas Maduro and now swelling the mass migration crisis at the U.S. southern border.

Some 24,819 Venezuelans crossed in December 2021, well more than double the number in just September and compared to 206 in December 2020, CBP data show. Some who got in before March 2021 will get to stay under a benefit the Biden administration announced called Temporary Protected Status. Most who came in after March still get to stay while they pursue asylum on grounds of persecution by Venezuela’s government.

The Bazzi family was amid this latter throng. In November 2021, they hired a smuggler who crossed them from Matamoros, Mexico, into Brownsville.

If LeDuff’s story is true — and, again, no one has challenged it — the Bazzi river crossing and release to the Detroit area reveal a national security threat embedded in this new Venezuelan traffic not previously considered. It is a threat with which U.S. homeland security will be challenged to contend, competently, due to the mass migration crisis. That crisis has reached historic proportions and appears to have overburdened almost every border management control system in the American arsenal, including counterterrorism programs that should have kept Bazzi in custody.

As I report in America’s Covert Border War: The Untold Story of the Nation’s Battle to Prevent Jhadist Infiltration, such finds trigger in-person interrogations by federal officers and further investigation to determine threat level, purpose, and other potential collaborators. A routine database check at the Texas border apparently showed Bazzi was on the FBI’s terrorism watchlist. In line with those protocols, after at least one federal in-person interview, the FBI recommended to ICE that Bazzi remain in detention as a flight risk, LeDuff cited the leaked documents as saying. That would be the norm.

Usually, anyone caught at the border who is already flagged as a suspected jihadist terrorist is deported, I report in my book. No known public reporting has shown that migrants on the watchlist were simply released on their own recognizance.

But very abnormally, ICE headquarters ordered him released on or about December 9 with a personal recognizance bond and honor-system promise that he voluntarily report to Detroit immigration offices in March. In this, Bazzi was treated like any other of the hundreds of thousands of migrants who are not on the FBI terrorism watchlist that the Biden administration has let in since taking office,.

Evidence Stacking Up that Border Counterterrorism Systems Are Faltering

Last year, the U.S. Border Patrol apprehended some 14 migrants who crossed the southern border and were on the FBI terrorism watchlist, according to former Chief Border Patrol Agent Rodney Scott. This number would not account for an undisclosed number of others almost certainly also caught south of the border on the routes through Panama, Costa Rica, and Mexico. And they often enough are.

Americans can only hope that, in the current mass migration crisis that started and went on throughout 2021, none of those 14 were released into the country on their own recognizance to pursue asylum claims. All should have been deported in line with standard procedure. Deportation also should have happened to all of those caught by American allied countries south of the border, as Mexico typically does and also as Costa Rica and Panama do, working closely with the Americans.

The Bazzi case is only the second case I have noted where these wise protocols have broken down.

One explanation why Bazzi was released might be that the border crisis of historic proportions in the American experience is finally breaking down the systems that catch migrant-terrorists that I described in America’s Covert Border War.

The first case seems to have happened In late December, in Mexico. I reported that Mexico’s government released a Yemeni migrant it knew, from a previous encounter, had flagged on the FBI’s terrorism watchlist. CBP considered the Yemeni to be a “Category 5” member of a terrorist organization. 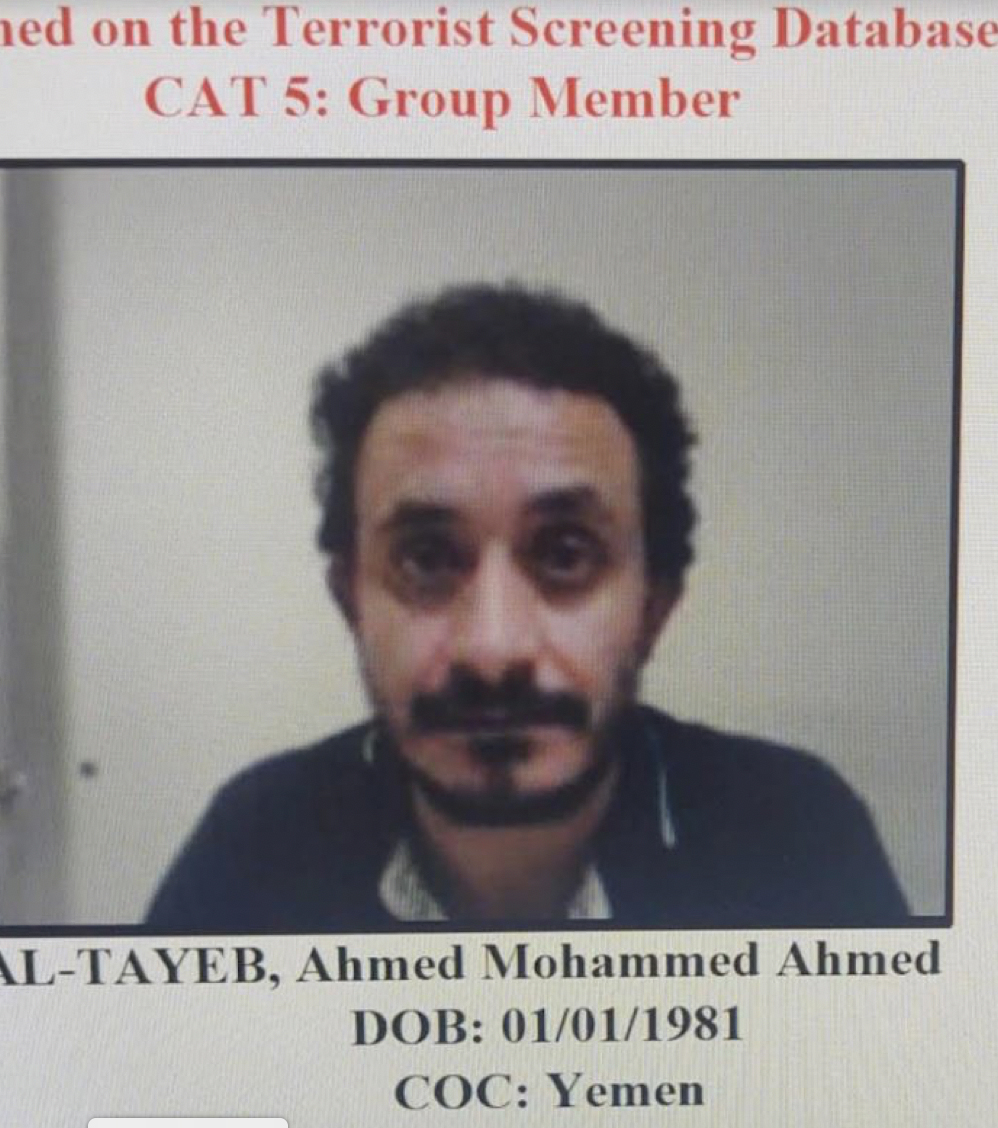 Mexico first captured Ahmed Mohammed Ahmed in April 2021 and, in line with American protocols, deported him back to Yemen. But an American law enforcement intelligence source told CIS that Mexican authorities left him in Europe at the airport and returned to Mexico. Ahmed abandoned his flight and returned to Mexico, too. The Mexicans caught him again in July 2021.

Mexican immigration, by then utterly swamped with huge and historic volumes of migrants going to the southern border, held him for nearly five months. But then they had to clear their own detention centers. They flushed out Ahmed with everyone else, the law enforcement source told CIS. Like any Central American or Haitian migrant, the Yemeni was told to voluntarily report in once a week to Mexican immigration, but of course, he disappeared instead.

That release presented a sharp departure from normal collaborative protocols with American intelligence, wherein the two governments together would make sure such a migrant was deported and never released.

The Americans felt compelled to issue a bulletin warning law enforcement in the Del Rio, Texas, area to be on the lookout for the man. 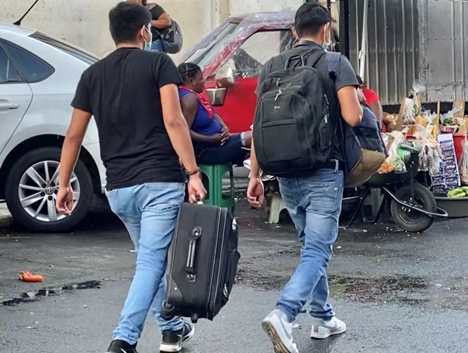 Venezuelans arriving in Tapachula, Mexico, in January 2021 from the Rio Suchiate river border with Guatemala. Photo by Todd Bensman.

Iran and its Lebanon-based proxy, the U.S.-designated terrorist organization Hezbollah, maintain deep ties with Venezuela’s central government, through the nation’s wealthy Lebanese diaspora. The Iran-Hezbollah presence inside Venezuela, working within Lebanese clan structures, dates to when the late leftist dictator Hugo Chavez took power in 1999 and appointed many Venezuela-born Lebanese to powerful cabinet posts, including offices of immigration, foreign trade, and tourism. That presence and influence, backed in recent years by Russia, continued after Chavez died to the present-day regime of Nicolas Maduro.

Joseph Humire, executive director of the Center for a Secure and Free Society with contacts inside Venezuela, reports extensively about how Iran and Hezbollah work closely with the Maduro regime building transnational organized crime, human smuggling, and financial networks throughout South America and into the United States.

He told CIS that American and Israeli intelligence services have long known that Iran, Hezbollah, and Venezuela’s Lebanese government officials provide these foreign operatives with elaborate state-sponsored cover identities and access to its state-run airline and banking systems, enabling them to move freely in the Western Hemisphere.

The state-issued fake identities have allowed terrorist operatives to travel all over the region and world developing illicit businesses and building terrorism capability, without the true origins and identities of these operatives becoming known, Humire said.

“I have examined a couple dozen cases of individuals who got the full suite of records enabling establishment of identities,” Humire said. “New birth certificates, passports, banking, and property all get put under these names so that that person now has a document ledger saying they were born in Venezuela.”

Clandestine agents of Hezbollah’s notorious Unit 910 are periodically uncovered inside the United States, including, as I have extensively reported, in the Detroit area.

Humire said he does not recognize the name Bazzi, which LeDuff provided in his story.

But he said his organization has uncovered links between the major human smuggling organization that is moving significant numbers of Venezuelans right now and the state-run airline that most often flies the migrants into Guatemala or Mexico for their journey into the United States.

LeDuff reported that Bazzi flew from Caracas, Venezuela, to Monterrey, Mexico, which is known to be a typical leg of the Venezuelan migration route. Many Venezuelans are, almost comically, seen dragging rolling luggage over the Guatemala border river or up the Texas banks of the Rio Grande.

With regard to Bazzi and thousands of others reaching the American southern border, he described a problem for American law enforcement: “The real big question is, is he just a Venezuelan Lebanese who is part of the community where everyone is fleeing the conditions in the country? Or that he is one of those terror figures whose movement the [Maduro] government facilitated with new identities?”

“American homeland security”, Humire said, “is going to have a hard time figuring that out.”

The Bazzi case, he said, “may be the first proven case where individuals fitting this background are moving through the corridor. If this is not the case with him, it still is going to happen sooner or later.”