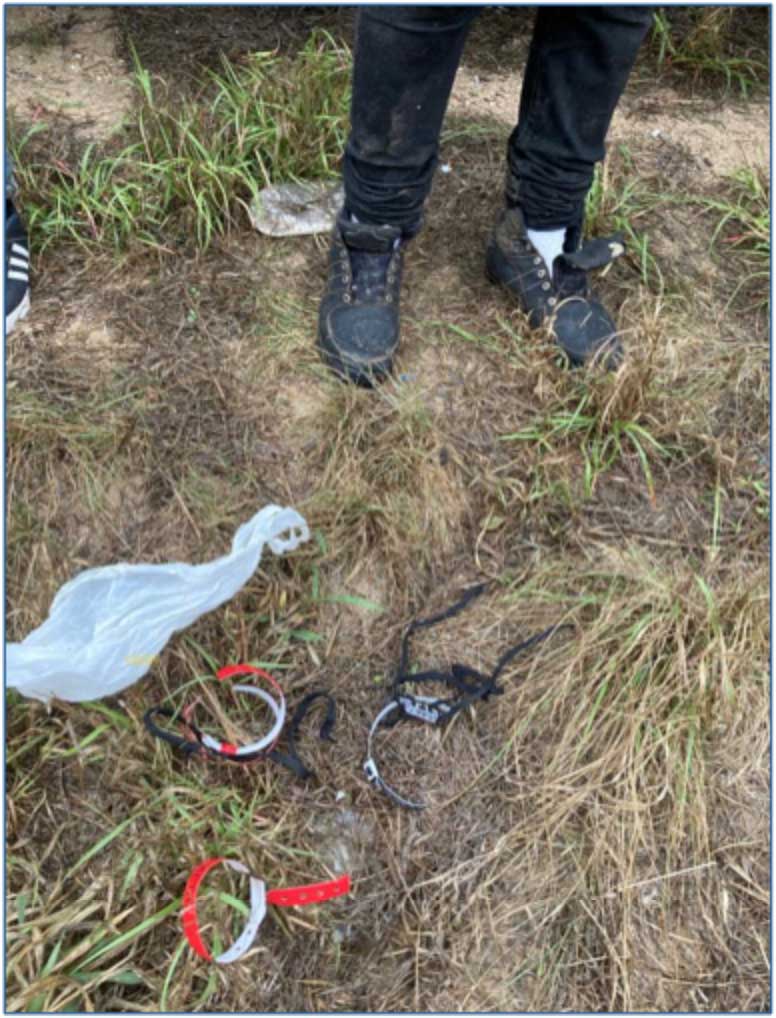 A mass-migration surge along the U.S. southern border has so overwhelmed Mexican cartel-associated smugglers that they are requiring their customers to wear numbered, colored, and labeled wristbands to denote payment and help them manage their swelling human inventory.

Photos and video of the cartel wristbands, provided to the Center for Immigration Studies by Tripwires and Triggers website owner Jaeson Jones, show that migrants discard the wristbands once they have reached the Texas side of the Rio Grande. The discarded bands are especially prevalent in Starr County in Texas's Rio Grande Valley sector.

A CBP official confirmed to CIS that Border Patrol agents have been finding the discarded wristbands for nearly two months, coinciding with a migrant surge spawned by President Joe Biden's promises to open the border to all illegal immigrants once he took office.

"It's an inventory system," a CBP official confirmed. "They're all over the place."

Jones, a retired captain for the Texas Department of Public Safety who specialized for years in combatting Mexican cartels, told CIS the wrist bands demonstrate the extent to which migration volume forced the criminal organizations to manage the surge for maximum efficiency and profit.

"What this means is that the cartels and the smuggling organizations have created a process because they are being so overrun with people that, even for them, it's difficult to keep up with who has paid and who hasn't," said Jones, whose website is dedicated to exposing cartel abuses and activities. "It goes to show the sheer challenge that even they are facing in trying to ensure that people don't overwhelm them." 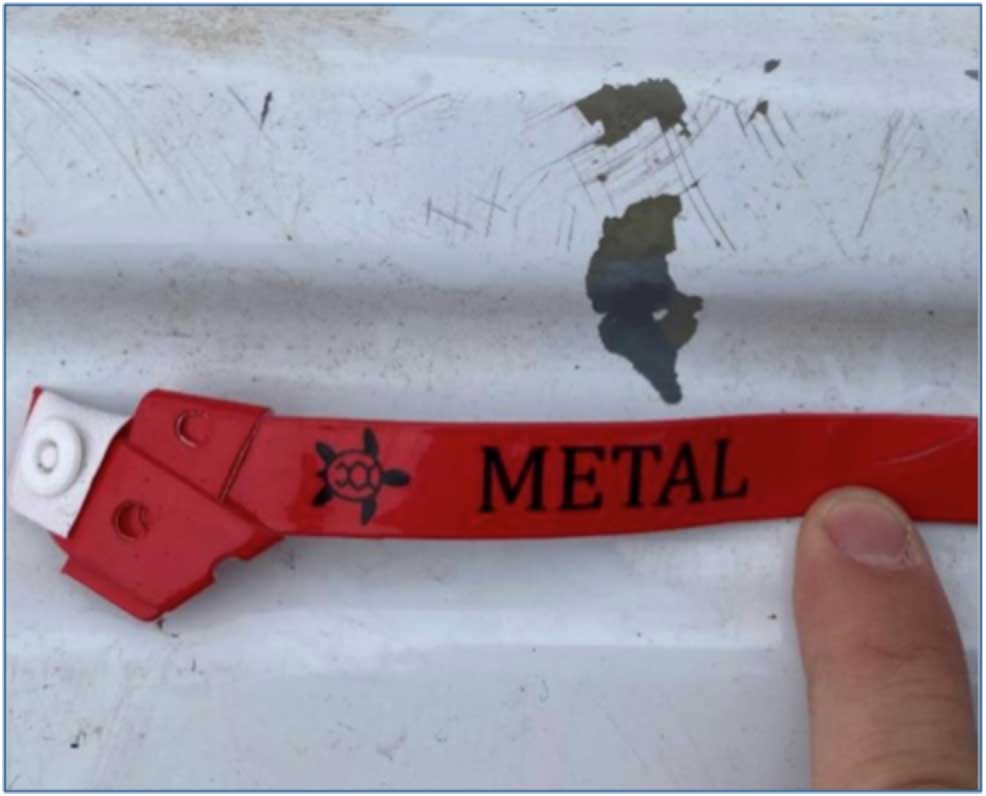 Jones said the wristbands come in colors and with labeling, such as a turtle or devil face, to denote which smuggling group moved the migrant. The bands are almost always on the left wrist.

The number on that band, 3969, indicates a registration process on the Mexican side, which Jones said, according to his sources, requires the names, addresses and even cell phone numbers of family members who can be attacked should any owed smuggling fee money not get paid later.

"It's the sort you'd get at a water park," Jones said. "Except that these have clear markings to a criminal organization in a foreign country. Their system is stressed and they've got a process under way. That's incredible. That's the big takeaway."

Not all migrants can afford the steep smuggling fee, which Jones said currently is $2,500 for a migrant from Mexico. The cartel smuggling groups are charging $3,000 for migrants from Venezuela, Peru, Ecuador, and Honduras. Chinese migrants pay $5,000. Russians and Arabs pay top dollar at $9,000, Jones said his sources inside the organizations told him. 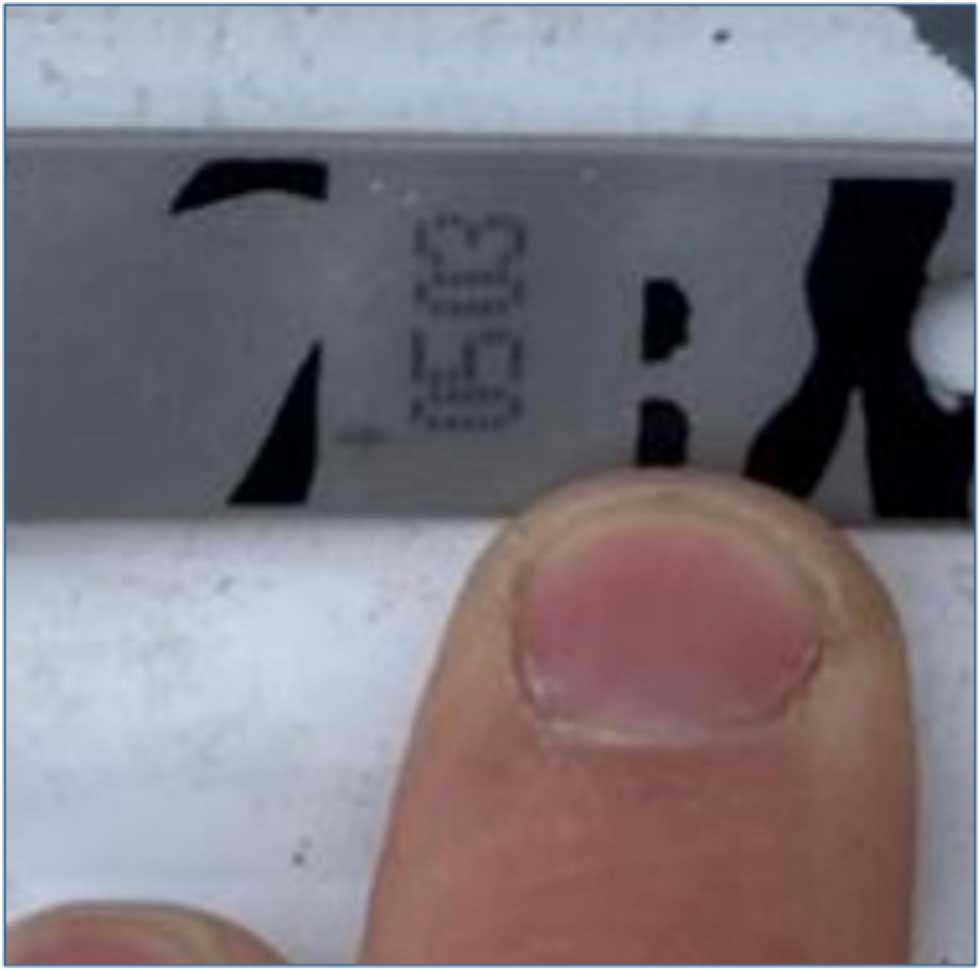 Many end up agreeing to pay off the debt later.

"If they don't pay their debt then the cartel has the information about where they're going, but more importantly, they have the information on their families in home countries," Jones said. "From there, they can start the threats and hold them accountable through debt bondage, a form of human trafficking. Either pay or we're going to come after your family."

CIS has frequently reported since January 2020 that migrants in Central America and Mexico were motivated by the prospect that a Democrat would win the U.S. presidency and open the border. That surge began to materialize after the November election, with some even rushing the border chanting "Biden, Biden, Biden", and has gathered strength each month since, reaching almost 80,000 apprehensions in January, with February expected to far exceed that.

Said Jones: "What we're being told from the migrants is that it's all because Biden said to come and that the perception is that if they came they would make it into the United States and that is what they are telling law enforcement at the border."