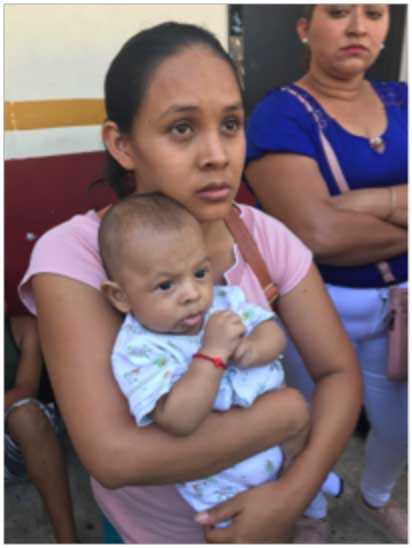 TAPACUHLA, Mexico — Honduran Katherine Cabrera is among thousands of migrants who didn't expect to get bottled up in this southern Mexican city, unable to proceed to the American border as planned, because of President Donald Trump's insistence that Mexico block them with troop deployments and whatever else the Mexicans could come up with.

New Mexican travel restriction rules required that Cabrera either go home with her newborn child or stay here in Tapachula to apply for Mexican asylum and await an outcome perhaps months in the future. Rather than return home as some have, though, Cabrera said she reached a carefully reasoned-out decision. She'll stay in Mexico and pursue that asylum claim in a calculated gambit: that Donald Trump will lose the November 2020 election and once the Democrats control the White House, they'll reverse everything Trump did and reopen the U.S. southern border so that she can finally breach it.

"I want Trump out!" Cabrera said. "I'll wait for that because it would make things easier to get in."

In this calculus and in their perhaps surprising savvy about national American politics and timing, Cabrera has plenty of company all over Tapachula, where thousands like her have been forced to pool up for long asylum process waits or returns home.

Dozens of politically woke migrants, like Honduran Wilson Valladaras, recently told CIS their decisions to stay in Mexico were predicated on the Trump-defeat gamble. Valladaras said he would wait for his Mexican asylum approval, move to Tijuana "until Trump leaves", and then cross over the U.S. border when the Democrats undo his policies because "right now, the Americans will throw you back" to Mexico.

Outside Tapachula's main detention center where they had to check in, CIS asked five migrant women to raise their hands if they had chosen to stay in Mexico to await the hoped-for Trump defeat. All did so without reservation.

Trump's demand that Mexico stop the mass migration or face debilitating tariffs prompted a variety of Mexican measures, including National Guard troop deployments blocking once relatively free and open migrant travel on road routes north and deportations of those who refuse to stay in Mexico and apply for asylum, or who don't qualify.

Along with the Trump administration's push-back "Remain in Mexico" for asylum policy (formally known as the Migrant Protection Protocols), thousands have been left to the deterring circumstances of indefinite waits in Mexico, when the plan all along was always to get over the U.S. border by any means and then live and work illegally (most asylum claims by Central Americans are rejected for ineligibility, and economic motives are disqualifying). The result: Apprehensions at the U.S. border have declined 70 percent in a few short months, from 144,000 in May 2019 to a still-high level of about 40,000 in December.

But the Trump-defeat gamble offers a powerful hope and motive for some migrants to keep coming — a 50-50 chance that the way over the U.S. border will clear once again in less than a year. 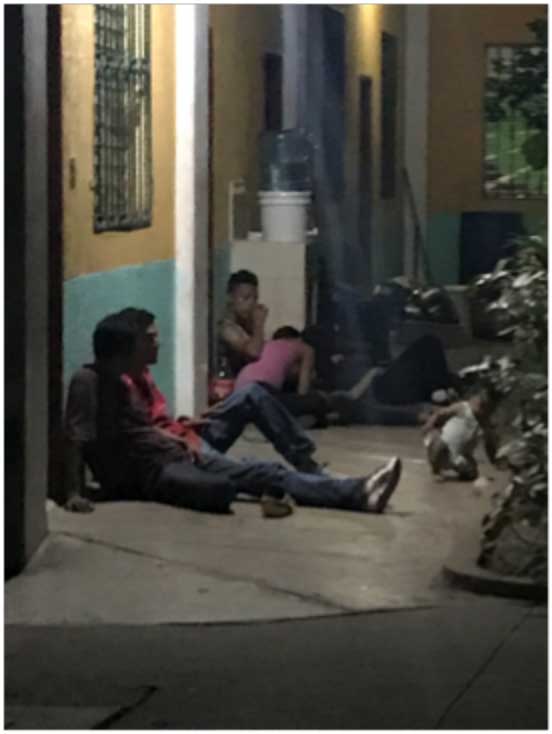 Migrants on the Guatemala side of the Mexico border inside a Catholic Church shelter preparing to cross into Mexico despite the new difficulties. Photo by Todd Bensman.

Across the Suchiate River border south of Tapachula, where the vast majority of migrants enter, lays the dusty, crime-infested town of Tecun Uman. There, the Catholic church offers the only sheltered layover, Casa del Migrante, for tired migrants to rest up for the river crossing into Mexico aboard rubber rafts. On a recent visit, CIS found the shelter full of migrants, but was only allowed to interview two who volunteered to meet outside.

One of the volunteers planning to cross the next morning with her two-year-old daughter was El Salvadoran Brenda Ramos. She was very well aware of the new Mexican policies that would trap her in Mexico, but said she decided to gamble the eight or nine months leading to the American election.

"A lot of people in El Salvador believe he [Trump] is the reason all this is happening, that he is selfish and cruel and doing everything he can to make us suffer," she said. "But once Trump is defeated and the Democrats take over, things are going to get better."

It wasn't immediately clear how many Mexican asylum applicants have stayed or gone home.

An office of the United Nations Human Rights Commission in Tapachula provides bus passage and job leads for Tapachula migrants who have been approved for Mexican asylum, 5,000 in recent months, to other Mexican cities in the north, said its Public Information Officer Pierre-Mark Rene. He said to his knowledge, most of them just need jobs right now to sustain themselves and may well plan to start new lives in Mexico "for the long term".

But the UN's Rene, appearing uncomfortable when questioned about whether many were biding their time until the election, conceded that once working in northern Mexico, "they'll have to see their options." 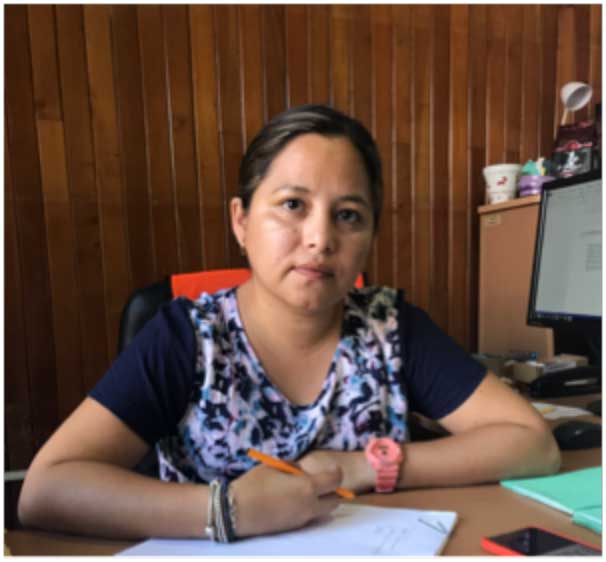 Alma Delia Cruz, the head of the Mexican agency processing the claims (Comision Mexicana de Ayuda a Refugiados, COMAR) said nearly 70 percent of all claims in Mexico in 2019 were filed in Tapachula, about 44,000. Of those, she estimated an abandonment rate of about 40 percent. Many of those likely decided to go home after applying.

But of the remaining 60 percent? Cruz acknowledged they likely have no intention of staying in Mexico for the long term.

"None want to stay in Mexico; this is just their first chance to get into the United States, of course," she said. "I don't know what's on the minds of these people exactly, but the threats from Trump can't deter them from eventually getting into the U.S."