But Who Are They? Reporters Don't Want to Know 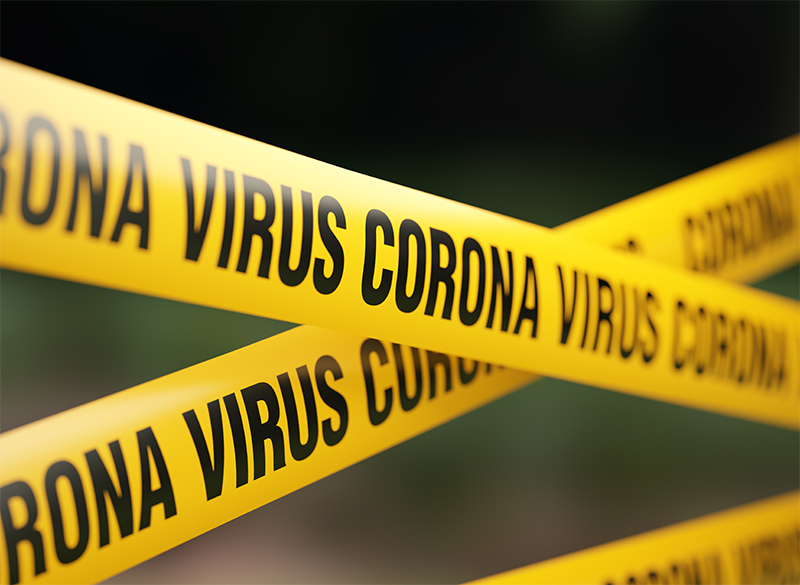 Media reporting has it that Covid-19 is now "jumping the border" from Mexico and creating a new crisis in the hospitals of American border states. The narrative is that infected people in Mexico who can't find beds in overwhelmed Mexican hospitals and clinics are crossing the border in droves to take beds in American hospitals.

But the coverage is evasive, factually challengeable, and threads the needle around questions the American public deserves to know about this new influx development: Are Covid-19-infected Mexican citizens, with no legal status, illegally crossing the border and taking beds and care — at U.S. taxpayer expense — that American citizens suffered terrible economic lockdowns to free up for American citizen use?

This June 7 piece in the New York Times by Miriam Jordan, for instance, insists that since President Trump closed the border to all non-essential crossings, the Covid-19 patient influx from Mexico is made up of "U.S. green card holders and American citizens". The Mexico-based U.S. citizens, the story points out in a sub-headline and in the body of the story, are retirees and business people who live part-time in Mexico. The Mexicans must be green card holders because, the reasoning goes, illegal immigrants aren't allowed to cross right now. Or something like that.

Maybe some or even every one of the sick border-crossers are Americans or Mexican green card holders.

But the Times provides no support or even attribution for the assertion, which is odd in that a factual basis for the claim would be of interest to so many people and lay to rest any public policy choice dimension. Jordan did not provide so much as a perfunctory "hospital officials say", or "a review of admittance records shows", or "Times interviews with 27 patients indicate". It appears as though the writer just plucked this information from her own imagination, and her editors let it fly.

As a former newspaper journalist of 20-plus years myself (with undergraduate and graduate degrees in journalism), I know that newspaper reporting ethics, training, and policy have always required credible attribution and shoe-leather reporting to support important factual assertions like this. A thesis or dissertation would require end-note citations.

In this omission of evidence, citation, or attribution of any sort, the Times story skirts the only public policy question a great many American citizens and voters want to know the answer to, which is whether illegal migrants are coming in and taking the beds Americans suffered to free up for themselves.

American voters and citizens can and should argue that human decency and Hippocratic oaths require that America care for illegally present non-citizens who need help. But American voters also should have a chance to counter that Mexico should be entirely responsible for the consequential fallout from its policy choices and that its government expand facilities for its own sick citizens.

It's been well-reported that Mexico has eschewed policies to limit the spread of Covid-19, flatten the curve for its hospital system, or even to track what's happening. Its hospitals are overwhelmed.

But if American hospitals are now starting to suffer the consequences, the public deserves to know basic information such as who, why, and at what costs so that decisions might be made to either keep these beds available for U.S. citizens or to openly expand capacity to handle Mexican citizens, even if they illegally enter.

Arizona media is reporting sharp spikes in Covid-19 cases without any reference at all to Mexico, leaving the impression that state reopenings, rather than infected border-crossers from Mexico, are the cause. The omissions are so egregious they seem almost purposeful and certainly leave the media organizations open to charges of political bias.

A May 27 Arizona Republic article, for instance, reported that Covid-19 patients at Yuma Regional Medical Center had tripled over the previous two weeks to 797 patients, among whom 13 died, and that Arizona emergency room visits related to the pandemic had reached a new one-day high over Memorial Day weekend. (The June 7 New York Times piece reported the number had doubled since Memorial Day to 1,510).

I've been to Yuma many times. It's a tiny community on the Mexican border where any entirely local outbreak generating 13 deaths is simply implausible on its face. Not a single word addresses who the patients are and from where they came. The June 7 Times story finally noted that many of these patients had come in from Mexico, albeit with the questionable assertion that all were green card holders and American citizens.

Texas is reporting increased numbers of hospitalizations, as well, seemingly attributed to its reopening. Are Mexican citizens contributing? You wouldn't know it by much of the public reporting, but there are indications that trends reported for California and Arizona are developing along the Texas border with Mexico, too. Starr, Cameron, Webb, and Hidalgo counties are all up, as is El Paso County, according to state health department data. On June 8 a local television station reported low supplies of the drug Remdesivir in Rio Grande Valley hospitals along the Mexican border "as the number of critical patients rises".

No mention of who they are or how they got there, of course.

Speculation and gossip always arise in the absence of facts. My strong suspicion is that sick Mexican citizens (and maybe Central Americans and migrants of other nationalities) are illegally entering the United States to use American hospitals because their governments have failed them. And also that the media is blaming these spikes, not on illegal aliens, but rather on the economic reopening of the border states.

Their filling of hospital beds that Americans suffered to keep free might well prove controversial in the public square, but Americans can take the truth.

I'll be happy for my speculation to be proven wrong. But to do that, American media outlets are going to have to do the hard work and just shoot straight.