CBP Chief: Personnel in Contact with Covid-Infected Illegal Immigrants Dying of Virus in the Line of Duty

Mainstream journalists at a press conference did not report these remarks 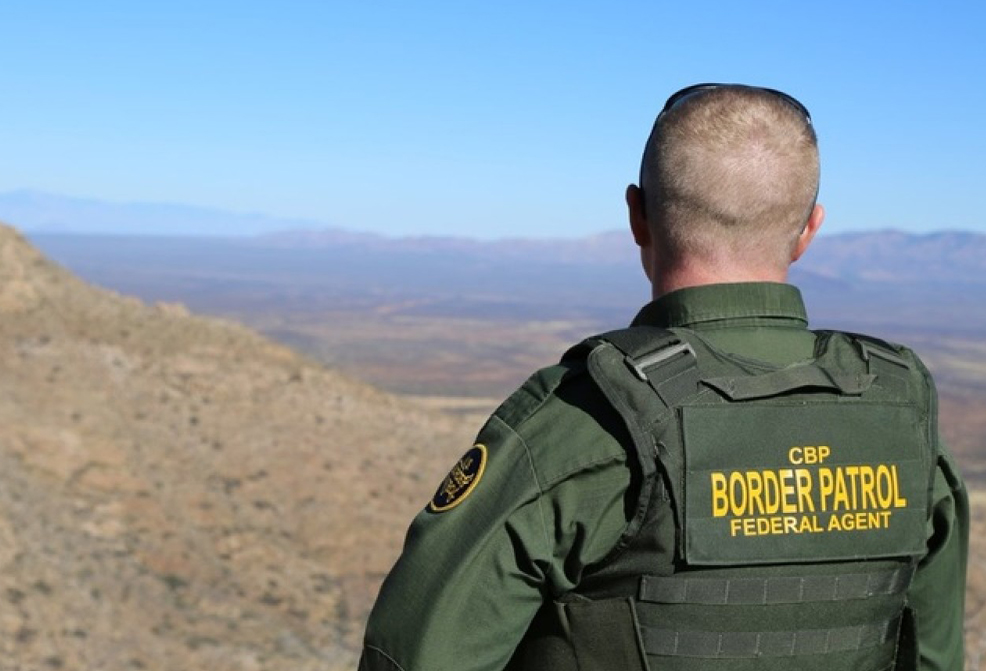 Amid profound Covid-19 hospitalization spikes in border states that are universally blamed on lifted lock-downs, acting Customs and Border Protection Chief Mark Morgan confirmed yesterday that his agents are transporting some infected apprehended illegal migrants to U.S. hospitals, that probably many more are getting away into the interior, and that his agents are dying of the virus "in the line of duty".

At a tele-press conference Thursday (August 6), Morgan offered that CBP had lost 10 personnel "in the line of duty because of Covid." The acknowledgement of 10 fallen CBP personnel comes as two Border Patrol agents who died of the virus in the Del Rio, Texas, area have just been buried.

"If anyone's showing signs or symptoms, we're going to provide them that appropriate test. We'll take them to the local healthcare provider, and we've done that," Morgan said.

Morgan told national media that some among the sharply increasing numbers of apprehended migrants "know or highly suspect that they have Covid" and are hiring human smugglers to transport them over anyway, or climb the border wall on their own, or enter in other ways. Under emergency pandemic-control provisions of Title 42, the Border Patrol has returned 91 percent of Mexican citizens who are caught.

But in line with longstanding Border Patrol policy exemptions, Morgan acknowledged that agents are transporting those with Covid symptoms or who admit they have the virus to U.S. hospitals along the Mexican border. Those facilities have become so overrun with virus patients in recent weeks that they have been transporting patients by helicopter, fixed-wing aircraft, and ambulance fleets to hospitals throughout the interiors of California, Texas, and Arizona, where all blame typically is attributed only to the lifting of lock-downs and community spread.

Some of the illegal immigrants Border Patrol agents transport profess that they are ill with Covid while others are found with symptoms, injured from falling off the wall, or wandering lost and dehydrated and later test positive at the hospital, Morgan explained.

Morgan said he wasn’t sure how many transported migrants turned out later to have tested positive, although he was aware of at least 60 reports that came back. (CBP may never learn of positive tests, a spokesman said.) But he also suggested that other numbers of infected illegal migrants (40,000 were apprehended in July) were using evasion tactics "for their own economic endeavors" and are presumed to be infecting large numbers of working illegal migrants they later join inside the United States.

"They're running. They're fighting. They're doing everything that they can to avoid apprehension," he said. "Even though some of the illegal aliens know, or highly suspect, that they have Covid ... they're still coming. They're exposing everyone they come in contact with during their journey, as they illegally try to enter this country."

In doing so, "They endanger the lives of CBP personnel and their families and those in our border communities and beyond. They don't just remain in the border towns and cities. A single Covid illegal alien could infect hundreds of other illegal aliens as well as our workforce."

Morgan's comments provide the first official confirmation of a June 18 CIS post that reported on three anonymous Border Patrol agents who said the agency was transporting sick illegal immigrants to overcrowded area hospitals, rather than returning them to Mexico under Title 42, and also were becoming infected themselves. But the suggestion that infected migrant workers who evade Border Patrol are infecting interior migrant worker communities is new, if unconfirmed yet by tracing data.

Separately, in a July 19 interview with Breitbart Texas, Morgan confirmed reporting by CIS and others that a broader kaleidoscope of Covid patients legally fleeing across the border from collapsing Mexican hospitals also were responsible for part of the border-state hospitalization crisis, which state hospitalization data consistently shows is the nation's most profound. Those legally crossing a supposedly closed border for Covid treatment include Mexican legal permanent residents, visa and border-crossing card holders, Mexicans with dual U.S. citizenship, and Americans living in Mexico. Current provisions of the March 20 border closure include an exemption for legal crossings for medical care.

Charges of Xenophobia and Racism Aside, Why All This Matters

At stake in understanding and acknowledging the extent of Mexico as an aggravating source of U.S. border-state hospitalizations is whether state and federal officials should consider policies beyond reinstituting U.S.-side lock-down and social distancing measures, and instead to consider changes to the federal March 20 border shutdown restrictions or to Border Patrol hospital transport policy in light of Title 42, or acting to relieve Mexico's ongoing hospital capacity crisis, which is clearly bleeding over to the U.S. hospital system.

But U.S. and state officials rarely acknowledge the Mexico contribution or talk about it as Morgan did Thursday. That's because, when they have, illegal immigration activists have excoriated them as xenophobic or racist, as happened to Arizona's Republican Governor Doug Ducey when he cited Mexico as a significant source of Covid hospitalizations, and also when Trump administration officials discussed what to do about it privately.

As a result of such criticism, federal and state government officials have shied away from calculating the extent to which Mexico and the border shutdown policy are sources of the U.S. border-state hospitalization crisis, and reconfiguring public policies as necessary to counter it.

In mid-July, three members of Congress sent a letter to Chad Wolf, acting secretary of the Department of Homeland Security, requesting data that would indicate Mexico's contribution to border hospitalizations, including how often the Border Patrol transports patients to hospitals. The information was due July 24 to Reps. Chip Roy (R-Texas), Paul Gosar (R-Ariz.), and Ted Budd (R-N.C.). Roy's office said DHS had missed the deadlines but seemed to be gathering the information.

Fallen Soldiers on the Covid Battlefield

Morgan's remarks Thursday about Border Patrol transports of illegal immigrants to hospitals, and also that at least 10 CBP personnel have died of Covid in the line of duty, went unreported in the major media as of Friday morning.

But the deaths in the line of duty speak to an element of the nation's tragedy with Covid-19 that may be lost to widespread failure of the media and public officials, fearful of social condemnation for saying it, to acknowledge the role of current border policy in this, too. Last month, in remarks that went largely unreported nationally, Morgan told a Senate subcommittee that illegal immigrants had exposed "several hundred" of his agents to Covid due to "high-risk contact".

Marco Gonzales, 49, died last month in a San Antonio hospital and was saluted and honored in a funeral procession of 50 vehicles that stopped in towns along the route to Del Rio, where he was buried Thursday.

Agustin Aguilar, another Border Patrol agent who worked in the Eagle Pass region and died of Covid, was buried in Del Rio the prior Saturday after another funeral procession where hundreds of people lined up to pay respects. Both agents were husbands and fathers.