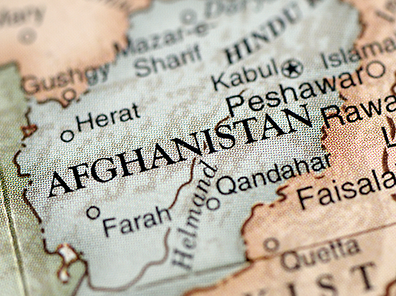 However many Afghans the Biden White House decides to let into America on special visas — a subject of considerable national debate at the moment — those who want to enter will be doing so soon enough anyway, just because they can.

Well-established routes and smugglers have been in place for years to move Afghans over the U.S. southern border — despite whatever policy-makers in Washington, D.C., decide — and usually they get to stay permanently.

When George W. Bush and Barack Obama put visa restrictions on Iraqi refugee resettlement during that war, hundreds of Iraqis skirted them in a few short years by coming in over the southern border and claiming asylum instead, a much more accommodating process. When Donald Trump put visa restrictions on Syrian refugee resettlement during the civil war and ISIS caliphate, hundreds skirted all that noise, came in over the border, and stayed.

Afghans have always come over the border, too, albeit in very small numbers, because there’s a route from there to here through the Americas. But now significant percentages of that South Asian nation can be expected to flee well-remembered draconian Taliban rule by Sharia Law. Expect many more Afghans to start trammeling the international route soon, especially now that most of the world is well aware that the U.S. southern border has fallen into un-defendable chaos.

The problem is that, with any extra traffic to the U.S. border, Americans can also expect that border-crossing Afghans who end-run Washington’s visa caps won’t be vetted much for insider-threat security. Unknowable Afghans who arrive there as complete strangers must be regarded as an especially acute security threat given years of “green-on-blue” attacks against American troops by supposedly highly vetted military collaborators.

An Emblematic Afghan “Security Threat” Who Reached the Texas Border

Consider the case of Wasiq Ullah, an Afghan former interpreter for the U.S. military who was denied one of the special immigrant visas reserved for those who helped the American war effort. So he did the border end-run on January 19, 2018, reaching Brownsville, Texas, and then accessing the usually more forgiving alternative system, the one for asylum.

As I wrote in 2019, he allegedly undertook the journey with the help of another former Afghan interpreter for U.S. forces now living in New Jersey, who was (apparently inadvisably) rewarded a special immigrant visa in 2009. Mujeeb Rahman Saify now stands accused of conspiring with a Pakistan-based smuggling network to transport Ullah to the southern border (along with at least one other Afghan who couldn’t get a visa, but also made it through Mexico).

In this rare case, Ullah didn’t get asylum because fortunately he’d left behind an easily discoverable record with U.S. forces in Afghanistan that pegged him as a national security threat. According to court records from Ullah’s appeal of his asylum denial, Ullah had worked as a linguist for the U.S. Army at Camp Leatherneck from January 2011 to January 2014, even though one of his brothers was terminated as a linguist for involvement with Taliban sympathizers.

And Ullah ran into trouble when he applied for a special immigrant visa to come live in the United States. He failed a routine polygraph in answering whether he was a member of an anti-coalition group or had ever participated in an attack against coalition forces.

As a result of that and other investigations, the U.S. not only denied Ullah a visa; it declared him ineligible to ever receive one, fired him from the linguist job, and barred him from all U.S. installations in Afghanistan. A counterintelligence memorandum judged that Ullah was suspected of affiliating with a foreign intelligence security service “such as the Taliban”, which meant Ullah had some communications that could pose a “force protection threat”, an appellate court record stated.

No matter any of that, though. In September 2016, with the alleged help of special immigrant visa-holder Saify in New Jersey, Ullah began the end-run. He paid smuggler’s $16,000 to reach Brownsville, Texas, from Mexico.

Thankfully, in this case, adjudicators found the military records about him and got him ordered deported instead of let in to pursue asylum for years on end.

But the reasonable expectation is that other Afghans who use the same smuggling routes won’t have discoverable records residing with the U.S. military.

They are going to start showing up at the border once the Biden administration draws lines on how many Afghans get to fly in on legal visas, meaning pretty soon.

How Many Afghans Make This Trip and How?

The total numbers of Afghans reaching the southern border over the past decade or so have been relatively miniscule, some years reflecting no Afghans showing up or in single digit numbers.

More Afghans seem to turn themselves in to Customs and Border Protection (CBP) officers at border ports of entry than get caught by Border Patrol crossing through the brush between ports of entry.

Beyond general global knowledge that America’s southern border presents a golden opportunity for entry under the Biden administration's policies is the fact that Afghans learned the game well during the European mass-migration crisis, too, when more than a quarter-million of them entered over borders there.

Afghan migrants and refugees have proven willing to bypass the immigration rules and restrictions of more desirable western nations, but also know how to reach the American border.

In my recent book, America’s Covert Border War: The Untold Story of the Nation’s Battle to Prevent Jihadist Infiltration, I addressed how illegal immigration from South Asian countries works.

In it, I cite an April 17, 2016, Washington Post story documenting how Afghan economic immigrants that Europeans were then starting to block at their borders had shifted to an American southern border route that involved flying through Cuba first and then to staging countries in South America. But that rare story didn’t mention that there were many other ways to reach the border.

In the past, my research shows, Afghans (and next-door Pakistanis, too) have first flown into Gulf States like Qatar and Dubai or even France for transfer flights to the Western Hemisphere. Routes to the Americas also run through India, Singapore, and South Africa. From those countries, Afghans and Pakistanis eventually make their way into Brazil and Ecuador. From there, smugglers move them on the ground from country to country through Panama and on up into Mexico.

As the Afghanistan crisis develops, pushing potentially millions of Afghans to flee just about anywhere they can, Americans and homeland security authorities should remember to look beyond merely the legal visa policies that are sure to solidify.

Human smuggling bridges connect Afghanistan and all of the surrounding nations to a U.S. southern border that all know is wide open and vulnerable — and that can carry malevolent actors alongside benign ones.