‘Got-Aways’ at the Border

NEAR VALENTINE, Texas – Border Patrol officers in five of their iconic green and white Suburbans knew that the desert brush stretching to very distant mountains was not as empty or flat as it might seem to more oblivious eyes.

Coordinating with in-vehicle radio handsets on a recent late-April morning, the agents hunted what one described as a “sizeable” group of illegal immigrants a surveillance camera spotted earlier and who felt prompted to hide in place. Some agents cruised slowly along Highway 90, known for smuggler pick-ups of groups that had hiked from the border for days.

Other agents slowly hiked the arroyo-riveted land or rumbled their vehicles off-road hoping to flush the immigrants, guided by directions from a “scope truck” with a retractable high-tech lens tower in the bed.

But after an hour of this, the supervisor called off the search. The agents all accelerated away in a convoy north up Highway 90, their prey having gotten away.

But these immigrants will still count in the government books for winning that one, as a collected statistic so politically sensitive that the U.S. Department of Homeland Security (DHS) never discloses it to the public: They will be logged in databases as “known got-aways”. 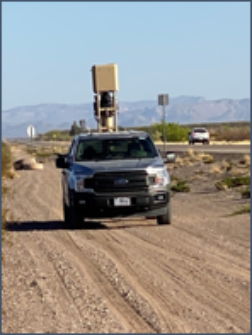 What started out as officer slang has actually become official nomenclature for “an unlawful border crosser who is directly or indirectly observed making an unlawful entry into the United States” but is not apprehended and did not return to Mexico (as might a drug trafficker after delivering a load).

What the general public sees each month are CBP figures that only reflect actual physical “apprehensions” or “encounters”, published as the primary indicator of how many people are illegally crossing the land borders. But got-away statistics would true the total numbers higher into politically uncomfortable reality.

The DHS official said the Biden administration is especially averse to revealing got-away numbers right now for the negative political optics they portend, because, “obviously it’s gone up with the changing of the policies under the new administration that have massively increased the number of people we are processing.” 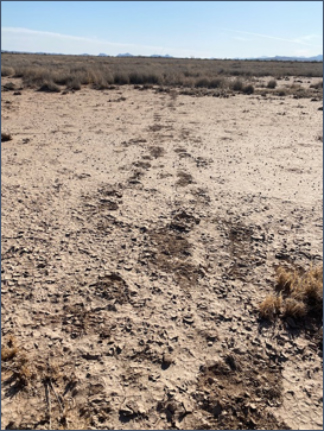 “Agents are being taken away from interdicting people who don’t want to be caught,” the official said. “So got-aways have definitely gone up, and it’s a big problem.”

Beyond any bad political look, a more pressing public safety problem with got-aways is that this population, especially as it increases, is thought to include presumed criminals, ineligible prior deportees, contraband smugglers, or people from terror-harboring nations who would naturally want to evade Border Patrol.

“I would say a lot of them are undesireables,” said Border Patrol Agent Ron Boren, who represents the agency’s union local 2554 in southern California. “The criminal aliens who have been convicted in the United States, the guys convicted of rape, theft, multiple DUIs, and lord knows whatever else.”

That dynamic of seeable apprehensions without the un-seeable, higher risk, and very numerous got-aways will come into play again soon, when CBP releases the much-anticipated April 2021 “apprehension” numbers.

A CBP Air and Marine helicopter pilot stationed somewhere on the southern border described what’s happening from the air.

“Sometimes I’ll be flying over a ranch and there’s people there, five to 10 maybe and I’ll radio, ‘hey there they are!’” the pilot said. “And the supervisor will come back and say, ‘1079 that [disregard]; no one’s available.’ So there’re verified people on the ground right in front of you and you can’t do anything about it. And it’s all day, every day.”

An emailed request to CBP’s National Public Affairs office for got-away data yielded predictable results: There was no reply.

What Got-Away Numbers Could Say If Allowed

One reason might be that the new administration of President Joe Biden is under fire for conjuring the current mass-migration crisis with lenient policy promises throughout the 2020 campaign and propelling it by following through during his first days in office. He ended most interior ICE deportations, waived enforceable laws, and got rid of deterring turn-back policies for illegal immigrant families and unaccompanied minors.

In response, illegal immigrants of every category poured through these policy and operational breaches and never stopped. Single adults, though still turned back under Title 42, have exploited the Border Patrol distractions with families or have gone to Big Bend Sector’s poorly defended frontier in hopes of joining the growing got-away ranks.

“Apprehensions” all along the southern border skyrocketed from about 70,000 per month during fall 2020 to 100,000 in February, and 172,000 in March, a 15-year peak. Just counting the physical apprehensions, April numbers are expected to come in higher yet.

But even if not, closely-held got-away numbers that have leaked to the public indicate that the historic 20-year swell was already here in February and March. For instance, an April 2 Washington Post story quoted anonymous CBP officials familiar with got-away data as saying nearly 1,000 people per day, 30,000 a month, are sneaking into the United States without being identified or taken into custody because agents are diverted to attend migrant families and unaccompanied children now pouring over the border in vast numbers.

The got-away numbers on top of the publicly reported ones are the highest in recent memory, the newspaper reported two officials as saying.

Other sources suggest that the got-aways are higher even than what the Washington Post reported. Numbers leaked to the anti-cartel website Tripwires and Triggers, operated by former Texas Department of Public Safety Captain Jaeson Jones, show CBP logged more than 38,000 got-aways in March alone, which would push the illegal crossing numbers up by 22 percent to a 20-year high of 210,000.

Preliminary data leaked to Jones shows at least another 40,000 got-aways can probably be added to whatever apprehension numbers are released soon for April.

Tallying got-away numbers is certainly as much art as science, Border Patrol agents often say. There are three main ways they are counted. Tracks in the dirt, surveillance footage from air and ground cameras, and direct observation are the key methods. But all rely on highly subjective estimates by individual officers and, as one Border Patrol agent explained, a group that made tracks counted as got-aways may well have been apprehended the next day.

“Sometimes the got-aways of one day are the captures the next day,” he said.

Perhaps nowhere is the got-away problem as stark as it is here in the Big Bend Sector, where a surge of guided illegal immigration is underway amid low Border Patrol agent numbers, CIS has reported.

Conceded the DHS official about the sector, where remoteness and lack of amenities and housing has long made hiring Border Patrol agents difficult:

“You can’t effectively patrol that much area. You can cross in areas where you wouldn’t leave a trace. That’s just a fact. That’s geography.”

Large groups of illegal immigrants are swamping the dozen or so Border Patrol agents per shift responsible nowadays for 571 rural miles of inaccessible, mostly unwalled Rio Grande border. Statistics suggest about a 50 percent got-away rate there that could be added to apprehensions.

Border Patrol agents who do work here, though, swear the got-away percentages are upwards of 90 percent or even more.