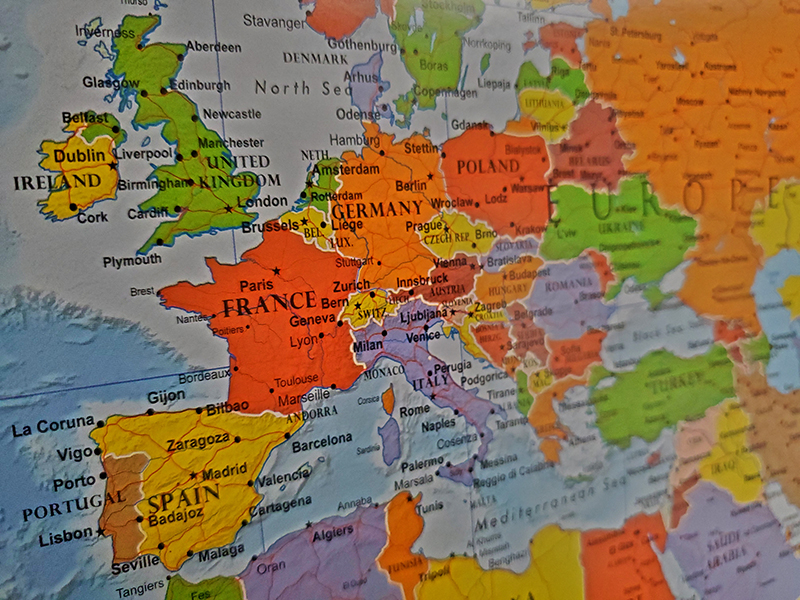 One of Europe's most wanted jihadists is in custody — the so-called "ISIS Rapper" who once posted a photo of himself holding a severed head in Syria and whose father bombed American embassies in Africa in 1998. Spanish anti-terrorism police cuffed the Egypt-born British subject Abdel-Majed Abdel Bary last month in the southeastern port city of Almeria, where he had been wearing a protective face mask to hide his identity during outings.

But this event should not pass without emphatic mention of exactly how one of the most sought-after ISIS war criminals was able to successfully return to high-alert Europe from the defeated terrorist group's lost territories in Syria.

European media outlets report that Bary posed as an asylum-seeking migrant and, after a circuitous overland travel route from Syria to North Africa, hired a smuggler in Algeria who ferried him to the Spanish coast, along with other migrants, on a wooden "patera" boat. He was in Spain for five days before Spain's Policia Nacional bagged him with two other suspected jihadists in an apartment, plenty of time for them to have done some damage.

American voters and policy-makers should take note of this tactic's persistent use in Europe, since it holds implications for the United States' own national border security. As my CIS research published in November 2019 showed, at least 104 violent jihadists from Muslim-majority countries crossed European land and marine borders between 2014 and 2018 posing as migrant asylum seekers, committing scores of bloody attacks, getting arrested for plots, or dying in gun battles with police in nine countries. This cagey travel tactic was recognized by some as brand new and dangerous after the 2015 Paris and 2016 Brussels terror attacks; most of the 27 attackers involved in those attacks had infiltrated Europe borders posing as migrant asylum-seekers. But it wasn't recognized widely enough, and not across the pond here in the United States.

Europe responded by stocking the shelves with traditional and in some cases ingenious methods to reduce the mass migration flows from such countries, and the terror threat along with it, and to shore up its shared intelligence database systems to find these needle-in-haystack terrorists. To a great extent, the 2014-2017 migration crisis that saw three million flood into Europe did significantly recede.

But five years after the Paris and Brussels discoveries, European policy-makers and border security specialists clearly are having limited success. The routes still exist, ferrying 141,846 migrants over EU external borders in 2019. According to the EU border agency Frontex's 2020 threat assessment, nearly 24,000 of them used the Western Mediterranean route that Bary evidently took.

The agency assessed, in part, that while terrorism is not exclusive to Islamist extremists, "when it comes to counter-terrorism efforts within the border dimension, it is assessed that the main threat emanates from Islamist extremism."

Indeed, many jihadists besides Bary have penetrated the EU since my CIS study, which covered a time period through 2018. What the Bary case demonstrates to anyone paying attention is that this travel tactic has become so well-known among violent jihadists as being effective that even the most highly sought ones, those who would be on the list of every western intelligence and border-control agency, know they can exploit it.

So they keep doing it, like the Sudanese asylum-seeking migrant who went berserk with a knife in southeastern France last month, killing two and wounding five more. Or the Syrian man granted asylum on a bogus Palestinian passport, after migrating into France, who in January was arrested with a half-dozen others allegedly plotting several terror attacks.

U.S. homeland security and border management agencies should consider all of these cases as red flag warnings to up their game regarding security vetting at our own borders, where migrant asylum-seekers from all of the same Muslim-majority countries regularly show up from Mexico after traveling through Latin America and sometimes Canada.

While they're at it, American homeland security leadership should start caring about Europe's border infiltrations. In April, German anti-terrorism police rounded up five Tajiks as they allegedly were about to attack two U.S. Air Force bases. The terrorist suspects, all between 24 and 32 years old, apparently "all entered the country as refugees" and were on intelligence radars for quite some time, according to Germany's Interior Minister Herbert Reul.

All applied for political asylum, according to authorities, which afforded ample time for them to form a cell and reach advanced stages of planning. Funded in part from $40,000 one received to assassinate an Albanian man, they'd allegedly stockpiled automatic weapons, ammunition, and the components for anti-personnel explosives to kill U.S. soldiers.

Border infiltration is a successful tactic that isn't going away anytime soon. Jihadists like Bary clearly recognize the value of using it. If American counter-terrorism officials don't, they probably should.

A long-held point of pride of the U.S. homeland security enterprise since 9/11 is the doctrinal endeavor to constantly study terrorist tradecraft, such as how they communicate, organize, and collect weapons. Staying at least even with terrorist tactics, techniques, and procedures as they emerge, and adapting in tandem with the changes, was always viewed as the ideal to keep America safer.

One of the most fundamental of the tactics, of course, was "terrorist travel", since understanding the ins and outs of how they reach targets could have prevented 9/11.