What is the End Game for Sanctuary Jurisdictions? 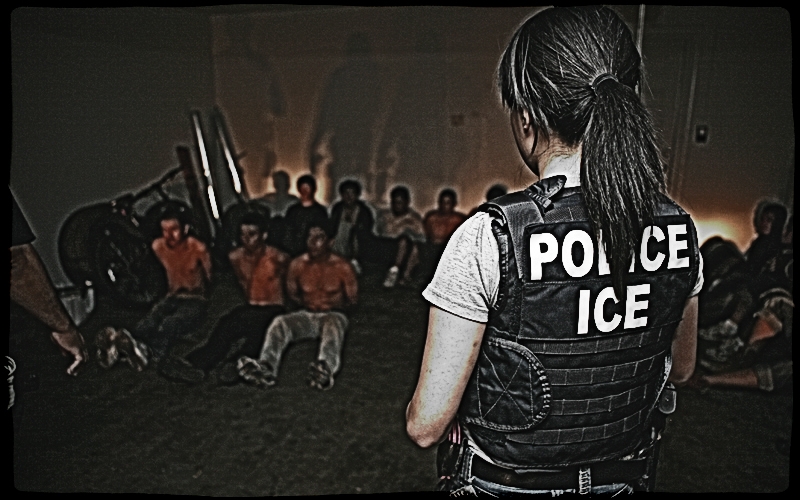 In a recent post, I discussed (and associated myself with) comments that were made by Texas Lieutenant Governor Dan Patrick in the wake of the discovery of a tractor-trailer truck containing at least 39 aliens, eight of whom were dead and one of whom died later, in a Walmart parking lot in San Antonio, Texas. Specifically, Lieutenant Governor Patrick stated:

Sanctuary cities entice people to believe they can come to America and Texas and live outside the law. Sanctuary cities also enable human smugglers and cartels. Today, these people paid a terrible price and demonstrate why we need a secure border and legal immigration reform so we can control who enters our country. We continue to pray for the families and friends of the victims.

Much has been written both on this site and elsewhere about sanctuary cities. As my colleague Jessica Vaughan defines the term, a "sanctuary jurisdiction" refers to:

[C]ities, counties, and states [with] laws, ordinances, regulations, resolutions, policies, or other practices that obstruct immigration enforcement and shield criminals from ICE — either by refusing to or prohibiting agencies from complying with ICE detainers, imposing unreasonable conditions on detainer acceptance, denying ICE access to interview incarcerated aliens, or otherwise impeding communication or information exchanges between their personnel and federal immigration officers.

Many sanctuary jurisdictions are proud of the title and wear it as a badge of honor. In fact, the New York Times ran an article that stated that they were "Proud to be a Sanctuary City". Others shy away from the title, but still have sanctuary-like policies. For example, Los Angeles Mayor Eric Garcetti has denied that his city is a sanctuary, telling Fox News:

Nothing could be further from the truth. ... We work every single day with ICE and other folks to make sure with a judicial warrant that comes from a court with a probable cause suspicion that people are all the time given over and deported.

As my colleague Dan Cadman has made clear, however, this statement is a canard.

The more important question is: Why be a sanctuary? The obvious response is to shield aliens illegally present in the jurisdiction from being arrested by Immigration and Customs Enforcement (ICE) and subsequently removed. More specifically, however, many sanctuary jurisdictions have traditionally claimed that they need "illegal immigrants to be willing to report crimes in their communities, use health services and enroll their children in school [without] fear of deportation." Of course, as Dan and Jessica have explained: "Cooperation with immigration enforcement has not been shown to undermine community trust nor cause immigrants to refrain from reporting crimes; there are better ways to address issues of access to police assistance without obstructing enforcement."

So, even that doesn't seem to answer the question.

It's important to note that many sanctuary jurisdictions have doubled down on these postures in response (and opposition) to President Donald Trump. It seems they don't like the man, or his immigration policies, or the way that the election was handled, or his tweets. Or, it's just good politics. Having worked in and around politics for years, I certainly understand the impulse to curry favor with a constituent group. Possibly, it is simple virtue signaling.

There is something about these obstructionist jurisdictions, however, that suggests that these responses are not the real end game. No one has said it (or at least no one has said it that I have found), but there is something about public proclamations of sanctuary status in the face of federal enforcement that suggests that these jurisdictions are attempting to force the federal government's hand on amnesty. It would seem that sanctuaries believe that the aliens residing within their borders are "Americans in all but name", and that it would be wrong to expel them now that they are here.

Want proof? Consider this: It is a rare jurisdiction that proclaims itself a relocation place for foreign nationals who are only just thinking about leaving their home country to come to the United States, and are looking for a good place to go. None, that I am familiar with, are in particular inviting foreign national criminals, or those with communicable diseases, or those who are in gangs to come and settle with their local populace. When I was a judge, no one told me that there were advertisements in their home towns extolling the virtues of New York City for those looking to get away, paid for by NYC & Company. It is rather, as Lieutenant Governor Patrick suggested, the inevitable result of sanctuary policies that they would be a magnet to would-be migrants, but that does not appear to be the intent.

The response to the San Antonio tragedy supports this rationale for the resistance to immigration enforcement. The Washington Post quoted Rep. Joaquin Castro as stating that the incident "represents a symptom of a broken immigration system that Congress, of which I am a part, has had the chance to fix but has not. ... That's a colossal failure that has a human cost." In isolation, this appears to be a non sequitur, unless Rep. Castro is asserting that the current substantial rate of immigration and non-immigration to the United States is insufficient to meet the country's labor needs. "Broken immigration system", however, usually suggests that the "fix" is amnesty.

If sanctuary status were really just a stalking horse for amnesty, however, what is the end game? If there were amnesty for DREAMers and those who have been in temporary protected status more than a decade, in exchange for a federal law that outlaws sanctuary policies, would those policies fade away? How about if that amnesty covered alien parents of U.S. citizen and lawful permanent residents? Would full amnesty of all non-criminal aliens present on the date of enactment do the trick?

Or, maybe sanctuary policies here to stay until the federal government is able to effectively force (or convince) states, cities, and localities not to obstruct federal law. Only time will tell.