When preposterous policy meets irresponsible reality, you get bunk 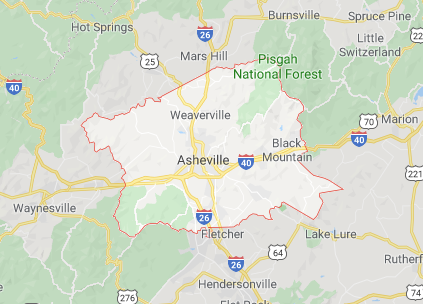 I've learned two things in 27 years of work in immigration: (1) Some ideas are so dumb only smart people can think them up; and (2) A lot of things may sound righteous in the abstract, but can lead to tragic consequences in the concrete. Buncombe County, N.C., reinforced both of these ideas when on October 29, 2019, it released a criminal alien child sex offender instead of handing him over to ICE.

The criminal alien in question is Marvin Ramirez Torres, a Salvadoran national who is illegally present in the United States. On that basis alone, he is subject to removal. And, in case you are curious about the charges he faced, the Asheville Citizen Times lays them out: "Torres was initially charged with four felony counts of statutory sex offense with a child. The victim was an 11-year-old girl; Torres was 23."

According to ICE, Ramirez Torres was caught in April 2017 in Jefferson Parish, La., on an outstanding warrant, ostensibly for those charges. The agency lodged an immigration detainer with Buncombe County the next month, and included an administrative arrest warrant.

He was convicted on October 28 of indecent liberties with a minor, a felony, and received a sentence of 16 to 29 months for this conviction. This appears to be a violation of North Carolina General Statutes Chapter 14. Criminal Law § 14-202.1, which states:

(a) A person is guilty of taking indecent liberties with children if, being 16 years of age or more and at least five years older than the child in question, he either:

(1) Willfully takes or attempts to take any immoral, improper, or indecent liberties with any child of either sex under the age of 16 years for the purpose of arousing or gratifying sexual desire;  or

(2) Willfully commits or attempts to commit any lewd or lascivious act upon or with the body or any part or member of the body of any child of either sex under the age of 16 years.

(b) Taking indecent liberties with children is punishable as a Class F felony.

Ramirez Torres got credit for the more than two years he served awaiting that conviction. So, of course, Buncombe County took the opportunity to get the offender off of the streets, away from the victim, and out of the country by turning him over to ICE, right?

Wrong. I will let ICE tell you what did happen, instead of what should have happened: "The Buncombe County Sheriff's Office then refused to honor the ICE detainer and instead released him back into the community." That office reportedly did not notify ICE about Ramirez Torres' release at all.

There must be some logical conclusion then. The paperwork got lost, the sheriffs were distracted because there was some serial killer they were dealing with, Ramirez Torres snuck out the back door? Nope.

Not for want of federal and state authorities trying to stop his release. According to the U.S. Attorney for the Western District of North Carolina, Andrew Murray, during a press conference following the release, District Attorney Todd Williams (a Democrat) called him after the verdict in an effort to prevent Torres' release. Murray called Buncombe County Sheriff Quentin Miller, "asking him to keep Torres in custody." According to Murray:

"The sheriff's response to me was, and I quote, 'Unless they come with a criminal warrant signed by a judge, we are not going to do it,'" Murray said.

"I specifically asked the sheriff, knowing this is a convicted child predator, if he was prepared to release this felon back into the community — to which he responded that his policy is known and has not changed."

Miller, a Democrat who was elected in November to succeed former Sheriff Van Duncan, does not honor ICE detainers. Such requests ask local agencies to provide at least 48 hours before the release of someone whom ICE has notified it wants custody of.

When he announced the policy change in February, Miller said his office will continue to comply with all applicable state and federal laws but "we do not make or enforce immigration laws."

Miller said he will continue to abide with criminal arrest warrants. Detainer requests are not valid warrants, he has said.

What is this "criminal warrant signed by a judge" to which the sheriff of Buncombe County, N.C., refers? Was there some other criminal process to be complied with afterwards? Apparently not. He wanted something that, as I have previously explained, does not exist:

In reality, reference to "judicial warrants" is simply a fig leaf relied upon by sanctuary jurisdictions to cover their lack of interest in utilizing the full power of the U.S. government against criminal aliens. There is no form to file to obtain such a warrant; ... no procedure of which I am aware to seek one; and no body of law for judges to rely on in the issuance of said document.

In garages, new mechanics are often sent on "snipe hunts" for things that don't exist, like "left-handed screwdrivers" or "blinker fluid". This is a form of gentle hazing to teach the tools of the trade, and to make newbies more aware and less credulous. What lesson is Buncombe County Sheriff Quentin Miller teaching ICE or U.S. Attorney for the Western District of North Carolina Andrew Murray? Is he hazing the federal government by turning sex offenders out on the street? That would be odd. Is he letting them know that they are too innocent, and need to "get smart"? Doubtful. Is he showing contempt for the current administration's immigration enforcement by endangering the community? You be the judge.

There was another interesting point in the Citizen-Times article:

U.S. Sen. Thom Tillis, R-N.C., criticized the sheriff's office, calling the ICE detainer stance a "sanctuary policy." He introduced legislation that his office says "would clarify the Department of Homeland Security's detainer authority" and "clearly establish the authority of states and localities to maintain custody in cases in which a detainer has been issued."

"This is yet another example of how reckless sanctuary policies are putting dangerous criminals back into our communities and impeding the ability of federal law enforcement to do their jobs," Tillis said in his Oct. 30 statement. "A handful of North Carolina sheriffs are providing sanctuary to murderers, rapists and child molesters instead of simply transferring them to ICE so they can be deported.

"It's a dereliction of their duty to keep North Carolinians safe."

That is not the interesting part, and I would feel like I was just piling on a stupid, dangerous policy to add it, except as background for the paragraphs that followed:

Murray also described his press conference as a time to discuss "sanctuary policies" after the sheriff's "failure to honor federal ICE detainers."

Such policies are prohibited under state law, as counties cannot have a policy "that limits or restricts the enforcement of federal immigration laws to less than the full extent permitted by federal law."

First, Buncombe County's actions reflect a sanctuary policy by definition: They offered sanctuary to a convicted felon who otherwise would have faced ICE detention and likely removal, no matter what bunk "Sheriff's spokesman Aaron Sarver" wants to dispense. More interesting, however, is the fact that such a dangerous action (or inaction) could occur in a state that has its own law that says a county cannot have a "policy 'that limits or restricts the enforcement of federal immigration laws to less than the full extent permitted by federal law.'"

Whether ICE detainers should or must be honored is an issue that either Congress or the Supreme Court will have to address. Given the grip that the "Abolish ICE" movement has on the House of Representatives, however, I am not hopeful the first branch will attend to it. That will leave it to the Court, and so my hope is that the Justice Department will find an appropriate vehicle to do so. ICE certainly seems to be making its case in favor of such litigation:

Under the Immigration and Nationality Act as passed by Congress, ICE detainers, removal orders issued by federal immigration judges, and ICE immigration enforcement in general, is conducted under civil law[.] The "judicial warrant" demanded by the sheriff only applies to criminal cases and does not exist for civil law matters.

However, for every detainer ICE issues the agency also provides an accompanying administrative warrant, or a warrant of removal along with the detainer, which is the warrant that does exist for matters governed under civil law. The Buncombe County sheriff's claim that ICE did not provide a warrant is false.

By the way, ICE did end up apprehending Ramirez Torres outside the Buncombe County Courthouse when he went to register as a sex offender. Given the fact that he was a convicted felon facing likely removal, the arrest could have gone horribly badly for the agents, the public, and for the alien himself, if he had decided to resist arrest. I heard plenty of cases in which respondents did.

That is the other problem with jurisdictions that do not honor detainers — not only is there a possibility that criminals less diligent than Ramirez Torres could simply disappear into the community to offend again, but such arrests must occur in public places where the possibility of violent resistance is significantly higher than in the controlled confines of a jail.

I have been to Buncombe County, and it has a lot of amenities. The Biltmore, the Grove Park Inn, multiple brewpubs, even a drum circle, all in just Asheville alone. One thing it likely does not need is more child sex offenders. Somebody tell Buncombe County Sheriff Quentin Miller.

Or the voters who elected him in November. H.L. Mencken said that: "Democracy is the theory that the common people know what they want, and deserve to get it good and hard." I seriously doubt that they wanted a sexual predator released into their community. But that is what they got — the natural result of what occurs when a preposterous policy becomes an irresponsible reality. What they also got was a lot of "bunk" from the sheriff they chose, but that is simply returning the phrase to its source.