The border issue no one’s talking about — yet. 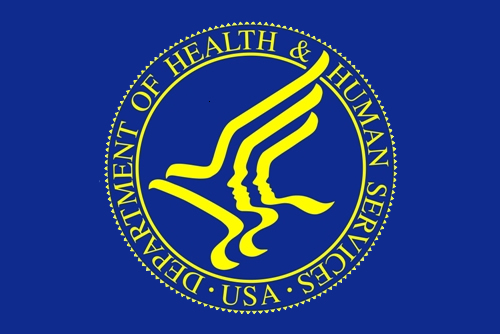 In February and March, Border Patrol apprehended 27,934 unaccompanied alien children (UACs) at the Southwest border. The care of those children in federal custody has framed public opinion of the Biden administration’s handling of the border thus far, as I noted in a previous post. Reports suggesting that the government is cutting corners in its vetting of potential sponsors for those children and their household members is the border issue no one’s talking about — yet.

Here’s a truncated version of the UAC apprehension and release process: Migrant children who are “encountered” at the border or the ports by CBP (usually Border Patrol agents) without an adult are first held in Border Patrol stations and CBP processing centers.

Under a problematic 2008 law, rather than being returned home if they haven’t been trafficked or don’t have asylum claims, most of those children are transferred to shelters run or contracted for by the Office of Refugee Resettlement (ORR) in the Department of Health and Human Services (HHS), within 72 hours of apprehension.

HHS only has about 13,700 permanent shelter beds for those children (cost: $290 per child per day), however, and so in recent months, it has had to scramble to set up numerous temporary facilities (cost: $775 per child per day) that can hold more than 16,000 children.

The Covid-19 pandemic has complicated matters as “social distancing” requirements have limited the actual number of beds HHS can use. But, as of May 3, there were still 22,195 UACs in HHS shelters.

I explained in an April 19 post that the majority of those children (the ones who are not Mexican or Canadian nationals) are encouraged by that 2008 law to enter illegally, because it all but mandates their release by HHS to “sponsors” in the United States. In 90 percent of cases, those sponsors are relatives, and in 40 percent, the children’s own parents, according to recent reports.

At least one major survey from the last migrant crisis in 2018 and 2019 revealed that the majority of those sponsors were themselves here illegally, and there is no reason to believe that the statuses of sponsors has changed much recently.

Congress could easily curb the surge of children entering illegally by closing that loophole in the 2008 law (as then-President Obama asked it to do so in 2014), but it is doubtful that the Biden administration or the current Congress will raise, let alone address, the issue.

The New York Times has reported that, in March, unaccompanied children were being detained in CBP facilities for 133 hours on average. Biden got a lot of bad press for that, because CBP facilities were built to accommodate single adult males for about eight hours, not children for days on end.

With the opening of those additional HHS shelters, the number of children in CBP custody has dropped by more than 80 percent, and the time that they are detained there now is just over a day.

The president is taking a victory lap over this development, asserting that his administration has “now gotten control” of the child situation at the border, while blaming then-President Trump for not preparing the incoming administration to deal with it.

ORR has the responsibility for running background checks on those sponsors before the UACs are released. Under the Trump administration, this was a fairly robust process that involved various background checks, and “[i]n a range of circumstances”, a “home study” in which the office would dig into the background of all of the adults in the potential sponsor’s household.

That was not a quick process, and at one point in November 2018, it took on average 93 days, up from 34 days in January 2016 (under the Obama administration).

The length and depth of those background checks under Trump was also a source of controversy, and in February 2019, I testified before Congress on the need for and justification of that rigorous process.

The Biden administration is under pressure to speed those children out of HHS custody, but doing so risks cutting corners when it comes to its vetting of sponsors and their household members. HHS has added new workers to the effort, and the Washington Post reports that the department has sent out calls for help to various federal agencies, including (for reasons that are unclear) NASA and the EPA.

More personnel will plainly help, but only if they speed up the process while not truncating background checks on potential sponsors and others with whom children will live.

HHS has attempted to fast-track the release of minors to parents in cases where there are no concerns about potential abuse or neglect by waiving fingerprint requirements. While parents or other legal guardians undergo criminal background checks, HHS has temporarily suspended those checks for other adults living in the household.

Why is that a problem?

This is not the first surge of unaccompanied children that the country (or HHS) has dealt with, and prior attempts to “fast-track” the placement of children without performing sufficient checks on potential sponsors and those with whom they reside — both pre- and post-release — has led to tragic outcomes, as a January 2016 Senate subcommittee report on the process revealed.

That report found “systemic deficiencies” in that background process, including HHS’s failure to “adequately vet sponsors to ensure that they are willing and able to provide proper care and support to any child — much less children as vulnerable as UACs.”

As pertinently, however, the report also found that HHS had failed to “require other individuals living in sponsors’ homes or individuals listed as backup sponsors to undergo background checks”, a policy that the subcommittee deemed “unreliable and vulnerable to abuse”.

By the way, when I wrote two paragraphs above that “HHS had failed”, the use of the pluperfect case was deliberate: HHS only changed its policy three days before that report was issued, a likely example of the squeaky Senate wheel getting the bureaucratic grease (or a stunning coincidence).

It should be no surprise that individuals are often less than forthcoming about their criminal pasts, and if those individuals are parents who have already paid thousands to smugglers (by definition, criminals themselves, mostly of the unsavory sort) to bring their children to the United States, they would likely be inclined to hide the red flags of their household members, too.

And simple name checks are, in many cases, insufficient to uncover criminal histories (especially where the names or variants thereof are common), calling into question how HHS can be sure in any given case that there “are no concerns about potential abuse or neglect”.

Of course, by definition, if a parent has entrusted the care of a child of tender years to a rapacious criminal, that’s sufficient evidence of “neglect” — if not recklessness — for me.

HHS is dealing with a lot of children, and the Biden administration is under a lot of political pressure to get those children out of its custody as quickly as possible. For example, on May 5, the Wall Street Journal detailed advocates’ concerns about conditions in emergency UAC shelters that HHS has established.

That said (and putting aside the fact that quick releases of children are just going to encourage more relatives to entrust more children to more criminals), failing to fully vet sponsors and all adult household members before UACs are placed is foolhardy, and creates a huge vulnerability for those children.

Read the case summaries on pages 31 through 33 and 38 through 40 of that Senate report for yourself — they are too nauseating for me to summarize.

Is the Biden administration doing enough to vet potential sponsors of unaccompanied alien children, and those with whom those children would live? If reports are true, and past is prologue, the answer is “no.” That’s the border issue that no one is talking about — yet. Let’s hope, for those children’s sake, it becomes part of the discussion before history repeats itself.