Spike in family units at the ports, and more than 40,000 migrants from beyond the Northern Triangle 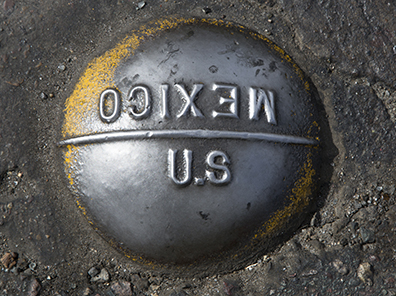 On June 9, U.S. Customs and Border Protection (CBP) issued its latest statistics, on aliens encountered at the Southwest border in May. They show that the border disaster is proceeding unabated and, while some numbers were slightly better this month, others were much worse. Migrant families are crowding the ports, and more than 40,000 migrants came from a lot farther than Central America.

Consequently, CBP’s statistics for that region are captioned “Southwest Land Border Encounters”, and the numbers reflect both aliens deemed inadmissible by CBPOs at the ports (generally because they lack permission to enter) and aliens apprehended by Border Patrol entering illegally along the border.

Last month, Border Patrol apprehended 172,011 aliens at the Southwest border, which is a slight decrease (just less than 1 percent) from April (173,686). These statistics, however, simply reflect how bad April was at the border, not really how much better May was there.

Excluding April 2021, you have to go back 21 years and one month, to April 2000, to find a month in which Border Patrol apprehended more aliens (180,050) along the U.S. border with Mexico. The Biden administration may spin these numbers as an improvement, but only if “disaster” is the new normal.

That said, there was some (comparably) good news for the president last month. The number of aliens traveling as “family units”(FMUs) — that is adult migrants and their children — apprehended by agents in May dropped just less than 19 percent from the month before, to 40,708 from 48,297 in April.

And the number of unaccompanied alien children (UACs) apprehended by the Border Patrol also fell in May, to 13,906 from 16,910 in April (a 21.6 percent decrease).

Those numbers need some context, however.

The 40,708 migrants in family units apprehended by the Border Patrol in May represent the eighth-highest total for any month for which Border Patrol keeps statistics (to October 2012), just after five months (March to July) at the height of the “border emergency” in 2019 and March and April 2021.

More precisely, however, that is still more aliens in FMUs than Border Patrol apprehended in all of FY 2015 (39,838). The Biden-Harris administration is performing much more poorly than the Obama-Biden administration did in dissuading smugglers and parents from using children as “pawns” on the dangerous trek to enter the United States illegally.

Similarly, those 13,906 UACs apprehended in May only represent an improvement over the Biden administration’s own efforts — they are still dreadful compared to historical averages. The number of unaccompanied children apprehended at the Southwest border has been on the decline for the last three months, but that is only because the March 2021 numbers (18,724) were so unprecedented.

Border Patrol UAC numbers go back to October 2009, and in only one month prior to the Biden administration did the totals exceed 10,000: May 2019, with 11,475. Those apprehensions in the spring of 2019 threw D.C. into turmoil (and cast the then-Trump administration in a very bad light), as my reporting from that time reveals.

The apprehension numbers in May 2021 are actually more than 21 percent higher than they were during the same month two years before. Ernest Hemingway once said “true nobility is in being superior to your previous self”, and by that standard, the Biden administration is succeeding, but it’s a pretty low bar.

Even then, Border Patrol statistics only tell part of the story. “Encounters” by CBPOs of inadmissible aliens at the ports of entry skyrocketed in May, increasing more than 55 percent to 8,023.

The massive increase in family units encountered at the ports makes perverse sense. CBPOs processed almost 1,800 single adults for expulsion under Trump-era orders issued by CDC under Title 42 of the U.S. Code in response to the pandemic, but no aliens in family units or UACs.

In contrast, almost 9,000 migrants in family units apprehended by Border Patrol were expelled under Title 42 in May. Applying for admission at the ports of entry, even without documents, is a lot safer for those families than crossing wide expanses of desert or fording the swirling waters of the Rio Grande, and their chances of actually entering the United States are guaranteed.

That said, and speaking of Title 42, Border Patrol expulsions of families under those orders are falling rapidly. They hit a high of 21,423 in March (when agents apprehended 53,396 migrants in family units), before dropping to 17,795 in April (FMU apprehensions: 48,297) — a 17 percent decrease.

Total FMU expulsions in May were 8,986, which was just short of a 50 percent decrease in one month, and a 58 percent decline over two months.

You can talk as much as you want about “root causes” of migration, but word has plainly gotten out among smugglers and in towns and cities in Central America (more than 50 percent of all family units are from El Salvador, Guatemala, and Honduras) that if you want to get into the United States, you should bring a kid with you.

That said, there is a more disturbing factor at play here. More than 42 percent of the migrants in family units (18,792) were not from those three Northern Triangle countries or from Mexico (7.2 percent of FMUs). That means that the Biden administration’s more permissive immigration policies are drawing migrants from far and wide, which in turn means more danger and more trauma for more children.

That is the highest monthly total for such migrants in the last four fiscal years (statistics don’t go back too far), and a more than 125 percent increase over the pre-Biden peak (8,318 in June 2019). Worse, it is a four-fold increase from February, when 3,518 non-Mexican and non-Northern Triangle family units were encountered by CBP at the Southwest border.

Those FMU encounter numbers track a similar increase in CBP encounters of aliens who are from somewhere other than Mexico or the Northern Triangle. In total, there were 40,607 such aliens with whom CBP dealt at the Southwest border last month, an almost 20 percent increase from April (33,901) and a more than 240 percent increase from February (11,911).

More importantly, the percentage of non-Mexican/non-Northern Triangle nationals encountered by CBP is on the rise.

But here is the most eye-popping statistic: More than 30 times as many non-Mexican/non-Northern Triangle nationals were encountered by CBP at the Southwest border last month than in May 2020 (1,308).

“Border czar” and Vice President Kamala Harris had better grab her passport and fuel up Air Force Two, because she will soon be pleading with presidents and potentates across the globe if she wants to do anything to slow the migrant surge at the Southwest border.