Tanker Rescues Migrants in the Mediterranean, Ends Up in Limbo 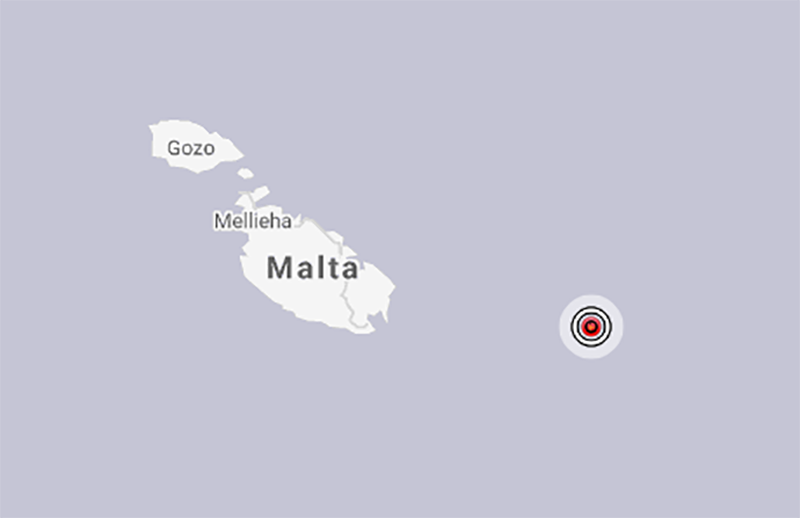 The Danish-flagged chemical tanker Maersk Etienne responded to an assistance call from the Valletta Maritime Rescue Coordination Center in Malta on August 4. Thereafter, it rescued 27 stranded migrants — including a pregnant woman and child — from a small boat in Tunisian waters 70 nautical miles north of the coast of Libya on August 4. Now, the ship itself is stranded, with ports refusing to allow the tanker to dock. It is not the only migrant disaster story unfolding in Europe this week.

Illegal migration issues in the Mediterranean and Europe as a whole are more legally complicated than they are along the Southwest border, to say the least.

Tunisia will not take the migrants from the ship, although those migrants were rescued within its nautical boundaries. Malta refuses to allow the ship to dock there, even though the Maltese requested the rescue. They say that it is Denmark's problem because it is a Danish ship. No one else seems to be stepping up to the plate, either.

One would not assume that accommodating 27 people on a giant tanker is a problem — assuming that they have never been on one. Those massive ships actually are manned by fairly few crewmen (the Maersk Etienne has a crew of 21). And, needless to say, such vessels are not well equipped for medical care — and definitely not for labor and delivery.

The problem worsened over the weekend when three of the migrants jumped overboard. They were fished out, apparently with no serious injuries, but there does not appear to be a resolution in sight.

As the Wall Street Journal notes: "The stalemate is stirring longstanding tensions in the European Union over the waves of migrants that have reached Europe's shores in recent years." Countries in northern Europe (which have dealt with their own migrant issues in recent years) are denying migrants entry, leaving them in southern Europe, where they have overcrowded migrant camps. The current pandemic is making it worse.

On Wednesday, the largest of those migrant camps (Moira, on the Greek island of Lesbos, which had hosted 12,000), was engulfed in flames, and most of the camp was destroyed. Just last week, it had been placed under quarantine after a migrant tested positive for the Wuhan coronavirus.

At the time of the fires (there were multiple ones raging at the same time), there were 35 confirmed coronavirus cases. While the cause of the fires is unknown, the circumstances are suspicious: Migrants were throwing rocks at the responding fire fighters.

The whereabouts of the 35 migrants who tested positive for coronavirus are unknown, and the Greek government has put the island under a state of emergency and sent in reinforcements. The displaced refugees headed toward the nearby town of Mytilini, only to be stopped on the road by the police. That situation has created a crisis for the government in Athens.

All of that said, by U.S. standards, the migrant situation in Europe is rather tame. According to the U.N. High Commissioner for Refugees, 49,309 migrants have entered Europe this year. Of that number, 44,766 have arrived by sea (mainly to Italy, Greece, Spain, Malta, and Cyprus), and 4,543 by land (mainly to Greece and Spain).

By comparison, 34,442 aliens were apprehended by the Border Patrol or deemed inadmissible at the ports of entry by CBP officers along the Southwest border in March alone. While most migrants apprehended along that border have been expelled under Title 42 since the CDC issued its first pandemic-related expulsion order in late March, in FY 2020, Border Patrol has made 197,666 apprehensions of aliens who were processed under the Immigration and Nationality Act — more than four times the number of migrants who have arrived in all of Europe.

Maritime rescues of migrants in the Mediterranean present a special problem (as the Maersk Etienne shows), and the treatment of the ship creates a bad precedent. Under international maritime law, vessels are obliged to help others in distress. Usually, those rescued are taken to the nearest port and disembarked — but not in this case, and who knows in a future one.

Undoubtedly, good corporate citizens (like A.P. Moeller-Maersk) will continue to perform such rescues. But unless a resolution of the matter occurs soon, the next ship may not be in such a hurry, hoping someone else gets there first. That may well end in tragedy.