Immigration and Labor, One and Inseparable 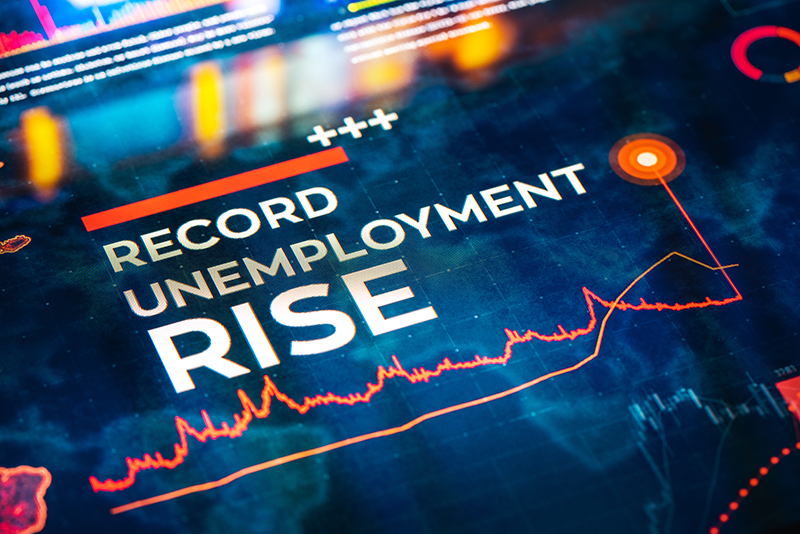 My colleagues and I have written extensively about the immigration restrictions that the president has implemented in response to the Wuhan coronavirus pandemic — and in particular in response to the massive shutdown of the economy that the states and federal government have imposed in response to the disease — as well as the steps he could yet take. An underlying point that all of these actions and proposals underscore is the fact that, as my colleague Steven Camarota stated on Thursday: "Immigration is fundamentally a labor issue."

This is not a new idea, but it is one that gets lost in debates over immigration, which generally focus on slightly more lofty and intangible themes — like the idea that the United States is a "nation of immigrants", the immigrant experiences of the narrators' (and their opponents') forebears, and citations to the poem attached to the Statue of Liberty. Generally, these points are raised to cover the true agenda of those who want more immigration (political gain or cheaper labor, depending on the source), and are all really little more than sophistic and fallacious tu quoque talking points.

For those of you not familiar with the tu quoque (which literally means "you too" in Latin, but is more properly defined as "but what about you?") fallacy, ThoughtCo describes it as: "An ad hominem argument in which the accused becomes the accuser."

Think that immigrants who come to the United States should be able to support themselves, without government handouts? Expect a response along the lines of "but we are a nation of immigrants", or "your (or my) ancestors came to America with nothing and look at how successful you (or I) am" or "what about 'Give me your tired, your poor'?" The original policy is sound and logical, so the opponent has to turn to questionable visceral appeals in response.

But what proof do I have that immigration to the United States is fundamentally about labor? Well, appeal to authority for one. Professor Vernon Briggs, Jr. of Cornell University, in testimony before the House Judiciary Committee in 2006, quoted "America's most influential labor leader, Samuel Gompers" — first president of the American Federation of Labor (the forerunner to the AFL-CIO) — who "observed in his autobiography: Immigration is, in all of its fundamental aspects ... a labor problem."

Any alien who seeks to enter the United States for the purpose of performing skilled or unskilled labor is inadmissible, unless the Secretary of Labor has determined and certified to the Secretary of State and the Attorney General that-

(I) there are not sufficient workers who are able, willing, qualified (or equally qualified in the case of an alien described in clause (ii)) and available at the time of application for a visa and admission to the United States and at the place where the alien is to perform such skilled or unskilled labor, and

(II) the employment of such alien will not adversely affect the wages and working conditions of workers in the United States similarly employed. [Emphasis added.]

That provision is bolstered by sections 212(a)(6) ("Illegal Entrants and Immigration Violators") and 212(a)(7) ("Documentation Requirements") of the INA.

This bedrock principle was undermined, to some degree, by the Immigration Act of 1965, which repealed the irrational national-origins quotas that had been in the law for decades (good) but also replaced it with, in the words of the Migration Policy Institute, "a preference system based on immigrants' family relationships with U.S. citizens or legal permanent residents and, to a lesser degree, their skills" (not so good). As the Center explained in 1995: "For the first time, [the 1965 Immigration Act] gave higher preference to the relatives of American citizens and permanent resident aliens than to applicants with special job skills." One's familial ties, not the skills that the newcomer could offer to grow the American economy and provide jobs to other Americans, were now paramount.

The House of Representatives has noted: "The law capped the number of annual visas at 290,000, which included a restriction of 20,000 visas per country per year. But policymakers had vastly underestimated the number of immigrants who would take advantage of the family reunification clause." And how. In FY 2018, 1,096,611 aliens obtained lawful permanent resident status, which even then was actually well below the 1,826,595 aliens who received green cards in FY 1991 (the 200-year highpoint).

It is no wonder that Barbara Jordan, civil rights icon and then-Chairwoman of President Clinton's Commission on Immigration Reform, almost 25 years ago recommended a core admissions level of 550,000 per year and changes to the family-based immigration system to eliminate visas for all except the minor children, dependent children, spouses, and parents of U.S. citizens and the spouses, minor children, and dependent children of lawful permanent residents. As she stated:

Unless there is a compelling national interest to do otherwise, immigrants should be chosen on the basis of the skills they contribute to the U.S. economy. The Commission believes that admission of nuclear family members and refugees provide such a compelling national interest, even if they are low-skilled. Reunification of adult children and siblings of adult citizens solely because of their family relationship is not as compelling. [Emphasis added.]

While those reforms never came to pass, President Trump proposed a similar reordering of the U.S. immigration system to focus on skills-based immigration last year, explaining:

About 70 percent of immigrants who come to the United States today are admitted based on family relationships or through a random visa lottery — a system that favors random chance over the skills our economy needs. Through a point-based merit system, the President's plan increases the number of legal immigrants selected based on skill or merit from 12 percent to 57 percent.

That proposal has gone nowhere, either, but the massive increase in the number of unemployed Americans resulting from Wuhan coronavirus shutdowns (Fortune estimates the real jobless rate at more like 23.9 percent) bolsters the president's position. There is no reason to be importing unskilled distant relatives into the American economy today.

Of course, none of the immigration numbers above include nonimmigrant (i.e., temporary) employment-based visas. In FY 2018, USCIS approved 332,358 H-1B (skilled worker) petitions, and in FY 2019, the Department of State issued 97,431 H-2B (temporary non-skilled) visas. It is beyond cavil that petitions were approved months ago for foreign nationals waiting to come into the United States to take a job for which there are scores of willing American workers today.

Again, as Jordan testified almost a quarter century ago: "Immigration policy must protect U.S. workers against unfair competition from foreign workers, with an appropriately higher level of protection to the most vulnerable in our society." That was true then, and even truer now because "the most vulnerable in our society" now include those who three months ago were able to provide for themselves and their families in workplaces that are now shuttered, many of which will never reopen (one estimate states that "42 percent of recent layoffs will result in permanent job loss").

I am not talking about the local restaurant or gym, either. In early May, CNN reported: "General Electric ... said Monday that it is cutting as many as 13,000 jobs in its jet engine business for good." That is one company in one industry. The nonpartisan Congressional Budget Office projects that, even if the unemployment rate drops to 9.5 percent by the end of 2021 (a big "if"), "the labor force would have about 6 million fewer people" than under its earlier January 2020 forecast. Immigration policymakers must recognize that times have changed, for the worse.

I believe in immigration, and in the vibrancy and diversity that new populations add to our country. But at the end of the day, immigration has to first and foremost serve the American people. As Jordan stated:

The same could be said today of legal immigration. But there are powerful forces who, for example, do not want the president to cut temporary guestworker visas, in order to protect short-term business interests. They may be successful, in the short run. In the long run, however, they will likely damage Americans' "commitment to immigration itself". We all lose then.

For the good of the millions of unemployed Americans, for the continued good of our legal immigration system, and for the good of their own reelection prospects, our leaders need to recognize the simple fact: "Immigration is fundamentally a labor issue." And act accordingly.