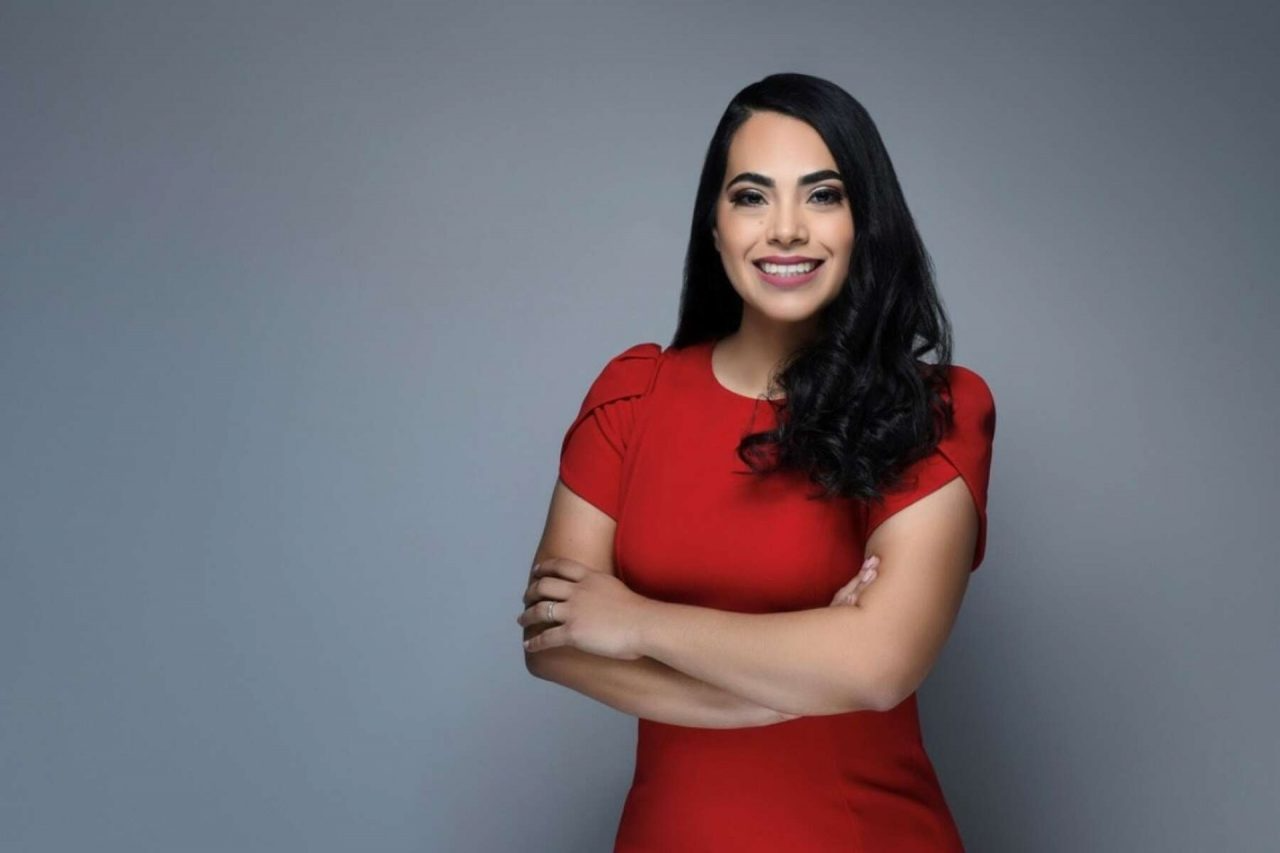 As my colleague David North reported, Republican Mayra Flores, an immigrant from Mexico and the wife of a Border Patrol agent, handily beat Democrat Dan Sanchez on June 14 to win a special election to replace recently retired Rep. Filemon Vela (D) in the heavily Hispanic Texas 34th Congressional District. The district will be redrawn for the November election, when Flores’ challenger will be Vicente Gonzalez, Jr., current representative for the neighboring 15th Congressional District, but still this shows a significant political shift in south Texas.

Texas 34. Texas 34, in the Rio Grande Valley (RGV), is the southernmost district in Texas, beginning where the Gulf of Mexico meets the Rio Grande. It then runs northward, skirting the port city of Corpus Christi and its environs and ending up east of the San Antonio and New Braunfels suburbs near the town of Nixon, just south of I-10 and east of Gonzales. The district includes the cities of Brownsville and Harlingen, and part of greater McAllen.

It is heavily Hispanic. Just 13.4 percent of the residents in Texas 34 identify as “white (non-Hispanic)”, and 1.01 percent as “Black or African American (non-Hispanic)”. This is not the sort of district in which a Republican is usually supposed to have a shot — special election or not.

Vela, who left to work with a D.C. lobbying firm, voted with his fellow Democrats on key votes — including to terminate Trump’s emergency border wall declaration and to impeach Trump — but from my experience on Capitol Hill, he represented his district and his constituents on issues important to them. They rewarded him with more than 55 percent of their votes in the 2020 election.

Mayra Flores. Rep.-elect Flores, the first Hispanic woman to represent the Lone Star State and the first Republican to hold the seat, made clear on her campaign website that she was going to be a different sort of representative, appealing to Hispanic voters, and explaining:

America First policies resonate with the Hispanic community and others who live in this district. For over 100 years, the Democrat Party has taken for granted the loyalty and support South Texas has given them for decades. They do nothing to earn our vote or our support.

She is also unabashedly “pro-border security”:

Illegal immigration encourages and funds human/child trafficking. I legally immigrated to America when I was six years old. Living in South Texas offers a unique perspective on illegal immigration and how it affects the livelihood of American citizens. We MUST secure our border to keep bad individuals out and to encourage LEGAL immigration.

Flores was born in Burgos, Tamaulipas, Mexico, coming legally to the United States at the age of six. A respiratory care practitioner working with the elderly and disabled, her parents were migrant workers and consequently she had an itinerant upbringing.

Dan Sanchez. Sanchez is a south Texas native who has served as an assistant district attorney, justice of the peace, and as a commissioner for Cameron County, in the southernmost part of the district on the gulf and Rio Grande. His campaign website explains that he “grew up in a small farming community called Los Indios, where he worked in the fields”.

Speaking of his website — it never mentions immigration or the border. That said, in early June, Sanchez stated:

There's no violence along the river here. ... We're not having people attacked here. I think it's used as political propaganda in D.C. to talk about our border. I do believe we need secure borders. We need to have a secure border, but the way to do it is talk to our local Border Patrol and get their input and see what we need to give them in terms of the ability to do their job.

That’s all basically true, though during my recent trip to the district I heard more than a few stories about ranchers and workers who came upon armed men and were told to run in the other direction. Most of the drugs that cross the border aren’t intended for consumption in the RGV, but they must get through the RGV somehow. Nuns and Boy Scouts aren’t hauling fentanyl.

Still, those are not opinions that you will not hear many “progressive” Democrats in safe, interior seats voice — or even hold.

The Election. Flores won the majority of the votes in nine of the 11 counties in Texas 34, including in vote-rich Cameron County. Still, turnout was low: Fewer than 30,000 votes were cast, just 30 of them in Kenedy County (in the middle of the district on the Gulf), where Sanchez won half of them in a four-way race. He also took more than 52 percent of the vote in Hidalgo County, on the Rio Grande.

That said, there was a lot of outside money in this election, with national Republicans sending $450,000, the Democratic Congressional Campaign Committee (DCCC) helping to fund $100,000 for a digital ad buy for Sanchez, and the Democratic House Majority PAC ponying up $115,000 for TV ads against Flores.

It should be noted that this is not the GOP’s first win in the RGV. Last June, Javier Villalobos defeated Veronica Vela Whitacre in the race for mayor of McAllen. That race was nonpartisan, but Villalobos had been the chairman of the local Hidalgo County Republican Party and Biden won the 2020 general election in the county by a more than 17-point margin.

The Trend. Although the Rs outspent the Ds in this race, at least one major Democrat was concerned about the outcome: Rep. Gonzalez, who as noted will now have to run against the incumbent Flores in November. He explained two weeks prior to the election:

The Republicans are all in and they have invested heavily in the district. And this election will certainly test the commitment of the DCCC to the Rio Grande Valley, to South Texas and to Latino districts in this country. ... If we don’t keep the seat blue on June 14 ... it will be a tragedy. It really will be a self-inflicted tragedy.

At least part of that sentiment is self-interest (it is difficult to beat an incumbent, especially when you are coming from a different district), but his underlying point is true.

Ten years ago, it would have been difficult for the national GOP to even think that they would be competitive in this race, let alone spend money on it. Popular opinion was that the Party of Jackson had an unbreakable hold over the Hispanic vote, and especially in a working-class district like Texas 34, where the median household income is just $42,092.

Democratic political analyst Ruy Teixeira has been warning for months, however, that his party has a “Hispanic Voter Problem”, especially in Texas. As he explained in December:

In Texas ... Biden’s ratings among Hispanics have been dreadful. A September Dallas Morning News poll had Biden's approval rating among Texas Hispanics at an anemic 35 percent vs. 54 percent disapproval — 19 points underwater. His approval rating on handling immigration at the border was even worse — 29 points underwater. The latter rating is similar to Biden’s rating on the same issue among Texas Hispanics in the more recent Texas Tribune poll.

Teixeira also noted that Hispanics don’t support many policies progressives hold dear, “are heavily oriented toward upward mobility”, and are patriotic, with 75 percent stating that they would rather be American than any other nationality.

The Takeaway. It was just a special election, the turnout was low, and the Republican party won’t be able to spend hundreds of thousands of dollars on every race. Plus, the “Democratic lean” will favor Gonzalez in November: Biden won in the current Texas 34 by 4 percentage points in 2020, while he won in the newly drawn Texas 34 by 15 points.

And yet Flores managed to win by more than 7 points of the votes counted, meaning that she chipped into Biden’s margin by 11 points (and Vela’s by more than 20 percentage points). Few Republicans would scoff at an 11-percentage point swing, especially in a district that is more than three-quarters Hispanic.

More importantly, this election shows that a pro-border-security stance not only appeals to the Hispanic voters in Texas 34, but also to immigrant candidates like Flores herself. Legal immigration they favor (so do I); illegal migration and the lawlessness that it brings? No thanks, especially if you must live in the midst of it.

Hispanic Americans are like Americans writ large. They love their country and their families, they dislike criminality and lawlessness, and they want a better life. In Tuesday’s election, they proved it, and sent a message to the current occupant of the White House, for whom deterring illegal immigration is not an option. Yet.