Fairfax County's sanctuary policies turns a blind eye (at a minimum) to such offenses. 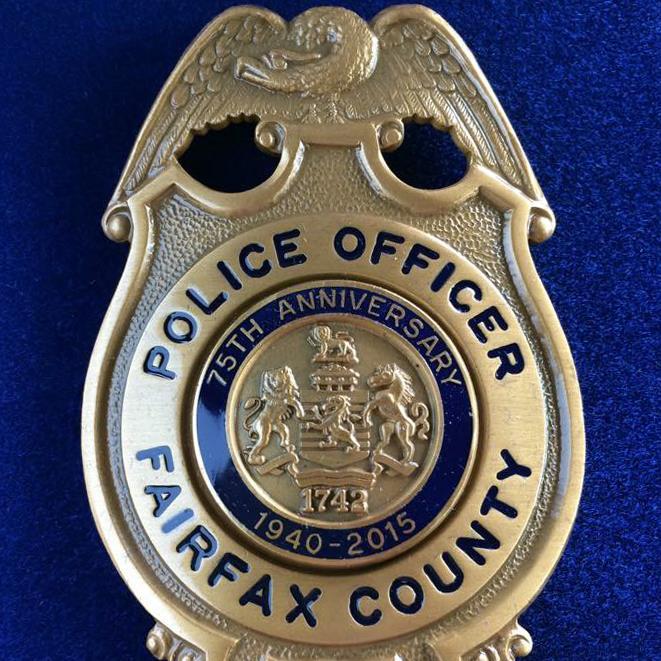 On Wednesday, DOJ revealed that 11 members and "close associates" of the transnational criminal organization (TCO) MS-13 were arrested this week in the National Capital Area in connection with the sexual exploitation and physical abuse of a minor in Virginia and Maryland. What the department is doing is combating modern-day slavery, and protecting the immigrant community.

The facts are bad, so if you read further, prepare yourself.

According to DOJ, a 13-year-old girl (identified as MINOR 2 to protect her identity) ran away from a youth home — identified in court documents as "Shelter Care" ("a court-ordered, group-home facility for children under the age of 18") in Fairfax, Va. — with a 16-year-old friend (MINOR 3) who apparently had friends in the gang. She did not find shelter after she left.

Instead, a short time after, she met members of MS-13. I have written many times before about this vicious gang, "which is composed primarily of immigrants or descendants of immigrants from El Salvador". It "originated in Los Angeles, California" and has been functioning in the United States "since at least the 1980s."

Although MS-13's membership is largely Salvadoran, it has been Salvadorans and other immigrants who have suffered the most from the gang's violence. Many, if not the vast majority, of asylum claims that I heard from nationals of that country, as well as from neighboring Guatemala and Honduras, were based on violence — or threats of violence — from MS-13. Court documents in this case identify MINOR 2 as a native of Honduras.

The gang's viciousness does not stop at the U.S. border, as G. Zachary Terwilliger, U.S. Attorney (USA) for the Eastern District of Virginia, explained:

I have personally handled the prosecution of MS-13 members in northern Virginia for over a decade, including for gang-controlled sex trafficking, and I have led meaningful outreach efforts with the Hispanic community in order to raise public awareness of these serious threats. As I've noted before, no one suffers more at the hands of MS-13 than other individuals of Central American birth or ancestry, and cases like this are proof of the need for community leaders to step up, acknowledge this reality, and work together to be part of the solution.

Which brings me back to MINOR 2. According to DOJ, after encountering the gang, they "initiated" her by beating her 26 times with a baseball bat. Members then brutally prostituted her for money and narcotics, with men lining up to have sex with her in a wooded area in Virginia behind the apartment complex of one of the department's targets. "She also was harbored in various apartments in northern Virginia where men paid her and her handlers cash for sex."

It was not a safe harbor, and the abuse did not end there, because she was subsequently beaten again 26 times with a baseball bat — purportedly for conversing with rival gang members and theft from members of the gang — and thereafter taken to Maryland to be sold to gang members and others for sex, the department reports.

Eleven different individuals, both women and men ranging in age from 20 to 48, were arrested in connection with these offenses, and charged with crimes ranging from "sex trafficking a minor victim under the age of 14" to "violent crime in aid of racketeering activity through assault with a dangerous weapon" better known as "VICAR Assault". Sex trafficking of a minor carries with it a minimum sentence of 15 years (the maximum is life), and VICAR Assault is punishable by up to 20 years.

If they are found guilty, I hope the judge throws the book at them. DOJ notes: "Law enforcement recovered photographs and videos of MINOR 2 while being sexually exploited, along with numerous social media messages regarding the trafficking and sexual exploitation of MINOR 2." Sick and, from a law-enforcement perspective, dumb.

I have recently gone after Fairfax County, Va. — a sanctuary county that denies that it is one — and I am going to do it again. DOJ's press release on the case quotes the Chief of Fairfax County Police, Edwin C. Roessler Jr., who states:

Today's arrests are a prime example of the commitment and dedication of local police officers and federal agents to safeguard northern Virginia against crime and violence. ... The Fairfax County police department will continue to use every resource and leverage the full weight of our agency and our federal partners to prevent violence by interdicting organized crime and holding alleged criminal street gangs accountable.

I do not know Chief Roessler, and I will assume that he means every word he says. After almost 26 years in and around law enforcement, though, I would advise him that the best way to "prevent violence" is to take minor offenders off the streets, and expel them from the country before they can become major offenders — like sex traffickers and those who engage in VICAR assault.

His county blocks such efforts, however, as I explained in my earlier post. You don't have to believe me; let them tell you: "Fairfax County does not and will not enforce civil federal immigration laws." I did not add the bolding in that sentence — they did.

Of course, they assert: "The Board of Supervisors has not designated Fairfax County as a sanctuary county; it cooperates to the fullest extent required by federal, state or local law with any law enforcement agency, including ICE, requesting criminal law enforcement assistance."

Again, their bold, not mine, but I will take credit for the italics. Respectfully, this is like a doctor telling you he will "cooperate fully" in removing your cancer after years of plying you with grain alcohol and cigarettes.

Lest you think this is an inapt analogy, read my earlier post, and in particular my breakdown of a handout that the county provides to its immigrant residents: "KNOW YOUR RIGHTS: WHAT TO DO IF IMMIGRATION OR THE POLICE COME TO YOUR DOOR" (replete with a shadowy clenched-fist watermark, no less). In summary: clam up, take pictures, and don't let them in without a warrant they can't obtain.

I did not even get into a second handout on the county's webpage, "Immigrants in Fairfax County", captioned: "Do you know someone who is detained by ICE in DC, Maryland, or Virginia?" (Apparently, they are not just interested in shielding their own alien criminals.) That handout, which contains contact numbers for various advocacy groups, states: "These organizations are here and want to help. Call one of our free hotlines for more information and assistance!" That may be the inanest exclamation point I have ever seen.

It is easy for the grandees of the Fairfax County Board of Supervisors to peddle this twaddle. From their wood- and granite-appointed meeting room (complete with the obligatory brass plaques and oversized county seal) they can't see the serial depredations suffered by a girl in the woods behind an apartment complex. It would be difficult to argue, however, that their policies don't (at a minimum) turn a blind eye to such offenses.

Note that I do not know the immigration status of any of the accused. There is evidence in the court records that would suggest at least some are foreign-born (it would be helpful if DHS were to release this information), and that individuals abroad were involved, as well. The victim was, though. The best way for Fairfax County to help such immigrants and their relatives is to cooperate with ICE, because, as USA Terwilliger explained, "no one suffers more at the hands of MS-13 than other individuals of Central American birth or ancestry."