DHS helps a county that will not help DHS 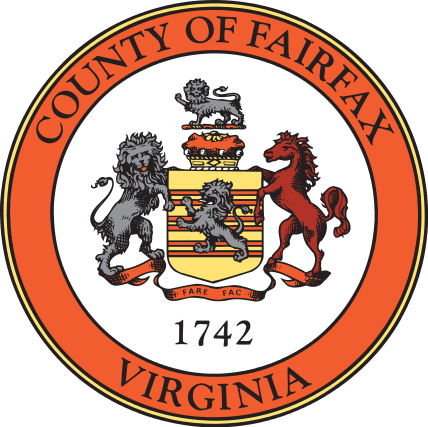 Last Friday, Border Patrol agents apprehended 20-year-old Salvadorian national Abel Alexander Castro Juarez in the toilet of a northbound bus at the I-25 checkpoint north of Las Cruces, N.M. He is a suspect in Fairfax County, Va., in the killing of one Jose Lobo Guevara of Annandale, Va. Castro Juarez was turned over to the New Mexico State Police to be extradited back to Virginia — which is ironic because Fairfax County is a sanctuary jurisdiction, that is, it does not cooperate with DHS on immigration matters.

Except for the fact that the page also explains: "Fairfax County does not and will not enforce civil federal immigration laws. The federal courts have determined that the enforcement of civil immigration laws is solely a federal responsibility under the exclusive authority of ICE." (Emphasis in original.)

That, of course, is a dodge. One would also have to look long and hard to find a case that states that pulling Fairfax County's accused murderers out of the john on a bus in New Mexico is a duty of the Border Patrol, too. Fairfax County could assist in immigration enforcement if it wanted to, such as by participating in the successful 287(g) program. Of course, it doesn't, because why would Fairfax County want to take alien criminals off the street?

In fact, the aforementioned county webpage links to a handout of helpful tips on what to do if ICE shows up looking for you. Among those are:

STOP AND THINK TWICE WHEN SOMEONE COMES TO YOUR DOOR. You're not normally required to open the door to anyone. Immigration and the police can't come into your home without a warrant signed by a judge.

That statement, actually, is only partially true. If ICE shows up at your door, they can come in if you let them in even if they don't have a warrant. In fact, another resident of the dwelling could voluntarily let them in, too. The purpose of this admonition is to advise you not to consent to entry — but of course, they would never expressly tell you not to do that (wink-wink). There are "hot pursuit" and "exigent circumstances" exceptions, too.

REMAIN SILENT. You have the right to remain silent. Immigration can use anything you say against you.

That is true. Note, however, that the capitalized portion is written in the imperative mood, meaning that it is making a direct command or request. Not "YOU CAN REMAIN SILENT." It might as well state: "Shut your mouth if know what's good for you."

ASK TO SPEAK TO YOUR ATTORNEY AND THINK TWICE BEFORE SIGNING ANYTHING. Do not sign forms you don't understand or don't want to sign. A lawyer who knows deportation defense may be able to help you fight your case.

Ostensibly, Fairfax County must think that its residents are not very bright, given the fact that it has to tell them repeatedly to "think twice". Again, "think twice" in this situation means "don't do it", but they can't come out and say that without, you know, being accused of being a sanctuary county. Which they are.

In most situations, by the way, rethinking your first inclination is generally a bad idea, as Malcolm Gladwell explains in Blink (David Brooks' criticisms just sell me more on the idea). You should generally think long and hard about certain things before doing them, of course (especially marriage, buying a high-ticket item, or what to do when ICE shows up at your door). But I digress.

Then, there is this:

In order words, pull out your iPhone and capture every minute of the encounter. Hardly like Fairfax County is not putting its thumb on the scale against immigration enforcement.

By the way, this was one of those situations where I thought twice about the statement, successfully. Notice the hidden word there? "[R]aid". I missed it the first time. Since when do even the greatest of civil libertarians (a group in which I include myself) call a legal arrest a "raid"?

Had the Fairfax County police found Castro Juarez in a public toilet in Annandale, would taking custody of him have been a "raid"? No. It is an "arrest". The use of the term "raid" in this instance is about as weighted as you can get. Want proof? Here is how Merriam-Webster defines the term, in the first instance:

a: a hostile or predatory incursion

b: a surprise attack by a small force

The words "hostile", "predatory", "incursion", and "attack" are pregnant with threat. And here is the best free legal advice you will ever receive: When confronted by any armed authorities, the last thing you should do is quickly reach into your pocket for any reason, except to pull out your identification, and then only when told to do so.

I was told early on that if pulled over, roll down your windows and put your hands out; if it is dark, turn on the inside light, too. Not that I believe that police are trigger-happy (quite the opposite). It is because some criminal suspects are trigger-happy, including — in the estimation of the Fairfax County police — Castro Juarez, who it stated should be "considered 'armed and dangerous'". There is a time and a place for everything. If your arrest was illegal, you will get the chance to make that argument. Later.

You could contend that this handout is just a neutral list of one's rights provided by a jurisdiction concerned about the welfare of its residents. I would disagree.

Imagine that, just prior to handing the suspect over to the New Mexico State troopers, the Border Patrol agents had given Castro Juarez the same list of rights captioned "What to Do When You are Taken into Fairfax County Custody". Hardly neutral with respect to how DHS would expect criminal suspects to be treated in that jurisdiction. DHS should be afforded the same courtesy.

It's just a shame that some Fairfax County supervisor wasn't there to slip one under the bathroom door of the bus. Oh, did I mention that the handout also has a large shadowy clinched fist on it? The folks in the clichés department are working overtime. It reminds me of "The Simpsons" episode where Bart goes to an arcade and plays a videogame called "Larry the Looter", exclaiming "Alright — stick it to The Man!" Except, Fairfax County is The Man.

One last point. The shooting allegedly took place on July 24 in Fairfax. I could understand a murder suspect absconding the country, but the Border Patrol apprehended Castro Juarez a week later at a checkpoint on a bus headed northbound, that is into the United States. Why? Where was he headed? And, where did he go in the interim?

I have some guesses (police do not believe this was a random shooting), but I will let the court system play out before jumping to conclusions. Again, that is a courtesy that Fairfax County, Va., does not extend to ICE.

The CBP press release includes the following quote from El Paso Sector Chief Patrol Agent Gloria I. Chavez: "Border Patrol agents working at our interior immigration checkpoints play an important role in keeping our communities safe. ... Their vigilance will often identify those who are being sought by our law enforcement partners for a variety of serious offenses." Chief Chavez should "think twice" before describing Fairfax County as a "partner".