Gang expands into northern Maryland; immigration statuses unknown, but I have a guess

The Baltimore County Police (BCoPD) announced five suspects had been arrested in the May 29 killing of 16-year-old Gabriela Alejandra Gonzalez Ardon in a rural area in northern Baltimore County, Md. The BCoPD described the five as "believed to be affiliated with the MS-13 gang", and the cops likely have their reasons: they were already in its custody, with three of them named in a June gang-related stabbing that occurred in a more blue-collar area in the eastern part of the county. That crime allegedly also involved a separate stabbing of a 17-year-old girl, and the killing of her sister, in an industrial part of Baltimore City.

Gonzalez Ardon was originally reported missing in Nassau County, N.Y., in July 2019, then again in late February, and a third time in March, when police believed she could be headed to Baltimore.

It is not clear what happened to her in the intervening months, but press reports indicate that the police believe that she knew her attackers (meaning that she had made her way — or been brought — to Maryland), and that they targeted her because "they believed she had been communicating to a rival gang."

Her exact cause of death has not been disclosed, but it likely was not pretty. She was discovered by a resident who was walking along Merrymans Trail near Loch Raven reservoir, by a stream at the bottom of a slope.

Merrymans is a popular hiking trail for residents of affluent Cockeysville and Lutherville. My late father (not affluent) would venture out there with me to feed the fish off the nearby Loch Raven Dam on Sundays with stale bread we had saved up.

She was unidentified when discovered, so BCoPD provided pictures of distinctive tattoos and the shirt that she was wearing when found to uncover her name. She was identified by her family members shortly thereafter through the department's media posts.

The five suspects have each been charged with first degree murder, as well as other charges. They are:

More on some of them, below. 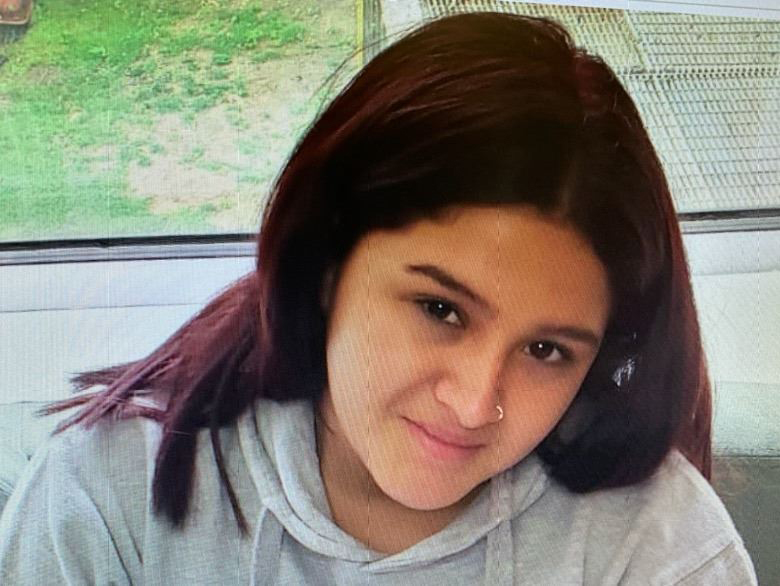 The 800 block of Baltimore Street is north of Baltimore City's Inner Harbor, near Little Italy — the old neighborhood of House Speaker Nancy Pelosi.

Pesquera, Valenzuel[l]a-Rodriguez (the spelling is slightly different in the BCoPD release and the Sun artcle), and Hernandez-Orellana were arrested in June in connection with another unusual series of criminal events. A CSX engineer called the police to tell them that a young woman was lying on the train tracks in southeast Baltimore, not far from the listed addresses of Pesquera and Valenzuela-Rodriguez. Baltimore City Police (BPD) officers responded and found 18-year-old Michelle Tenezaca in the brush.

While investigating, BPD found Tenezaca's 17-year-old sister yards away. Both had been stabbed dozens of times. As the Sun reported, "the case soon linked detectives up with police in Baltimore County, who said the surviving girl's boyfriend had been found stabbed near the waterfront in Turner Station." The unnamed male was 17-years-old, as well.

The paper explains that on June 6, the 17-year-old couple were approached by members of the MS-13 gang, and forced onto a bus in Southeast Baltimore. Once at Turner Station, the male was taken into a wooded area near Avondale Road. The two were separated. The male "was beaten and stabbed repeatedly", while others took the female elsewhere.

Turner Station is in the working-class neighborhood of Dundalk, on a peninsula where Bear Creek meets the Patapsco River. It is surrounded by highways and major thoroughfares. The spot where the alleged attack occurred is isolated, close to the water.

Pesquera, Valenzuel[l]a-Rodriguez, and Hernandez-Orellana (and possibly others) had reportedly been attempting to recruit the male into MS-13 since December, apparently unsuccessfully. The trio face charges of second-degree attempted murder, assault, and kidnapping in connection with the June assault, in addition to the latest murder charges.

A fourth man, Carlos Eduardo Diaz, 17, was charged with attempted first-degree murder, as well as related charges, in the attack on the younger woman. He was not named in the Gonzalez Ardon case.

Not surprisingly, the immigration statuses of the suspects have not been released, nor has it been disclosed for the victims. I am going to bet that they are not lawful immigrants, in any sense of the term.

Those who come to this country with a plan to put down roots in 2020 are similar to their immigrant forebears. Baltimore has been an immigration destination for almost two centuries, and neighborhoods are called "Greektown" and "Little Italy" for a reason — the immigrants who moved there moved there for good (in more ways than one).

Alien gang members follow a different path. MS-13, a designated transnational criminal organization might appear to be a quick track to criminal success, but membership is usually a dead end in short order. Immigrant youth are a prime target for recruitment by the gang, a fact DOJ noted in a 2017 MS-13 fact sheet, and it is controlled by leaders (some imprisoned) in El Salvador.

Extortion of legitimate business owners, prostitution, kidnapping, drug and human trafficking, and gambling are just a few of the group's sources of income, and to secure that income, they need to control "territory" in which to operate. Hence, MS-13 continually relies on new recruits. But the tactics they use quickly draw the attention of authorities, even in a high-crime area such as Baltimore City.

And, as I noted in a post last month about a sickening sex-trafficking case that covered both Maryland and Virginia: "Although MS-13's membership is largely Salvadoran, it has been Salvadorans and other immigrants who have suffered the most from the gang's violence."

The Bush II administration managed to stifle the gang's activities after a multi-year effort in 2005, as my colleague Jessica Vaughan has explained, but restrictions on immigration enforcement under the Obama administration gave it new life in this country.

The Sun noted that: "In Maryland, federal prosecutors have said [MS-13] has operated primarily in Anne Arundel, Frederick, Montgomery and Prince George's counties", but it has obviously been expanding its operations from the D.C. suburbs to the Baltimore area. That article notes that the killing of Daniel Alejandro Alvarado Cuellar in the Baltimore County neighborhood of Towson in the fall has been linked to the gang, a case I wrote about in September.

Baltimore City is one of the most egregious sanctuary jurisdictions imaginable (and one of the most hypocritical, as I have explained), but Baltimore County is not doing ICE any favors either. It rejected a 287(g) program at the county lockup in a sanctimonious show of ignorance in June 2017.

Since then, Baltimore has a new county executive, Johnny Olszewski Jr. (D). Following reports of the Alvarado killing, the Sun reported: "Olszewski said gang activity — all gang activity — is a problem throughout the Baltimore region that his administration takes 'very seriously.'" Sure, he does. He hasn't partnered with ICE, either — a surefire way to stop gang violence before it occurs (or gets much, much worse).

Olszewski grew up in Sparrows Point, right across Bear Creek from Turner's Station, where the alleged June MS-13 stabbing occurred. If that is not close enough to spur him into action, I can guarantee you that a murdered 16-year-old girl found on a leafy hiking path is too close to home for his well-heeled constituents.