. . . and suggestions that it meant to exploit it to negate interior enforcement 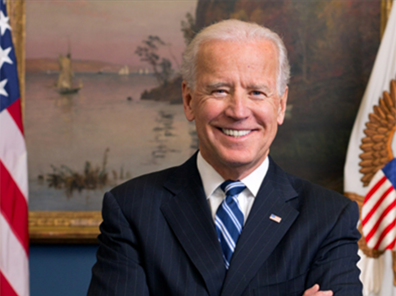 To listen to officials in the Biden administration discuss (or not) the disaster that is currently unfolding at the border is to conclude that they weren't really expecting it and have no real plan to deal with it. But, in retrospect, a document issued by the administration on its first day suggests that they did see it coming, and worse, meant to exploit it as a basis for not enforcing the Immigration and Nationality Act (INA) in the interior.

That document was a memorandum issued by then-Acting DHS Secretary David Pekoske on January 20, captioned "Review of and Interim Revision to Civil Immigration Enforcement and Removal Policies and Priorities" (Pekoske memo). If it sounds familiar, I have written about it twice, once on January 27, and once on February 23.

As I noted in that earlier post, summing up the Pekoske memo: "In ... all but the most extreme cases, there will be no immigration enforcement in the United States at all."

That memo somewhat obscurely argued that non-enforcement (words it dared not use) was necessary, at least in the short-term, for the following reason:

The United States faces significant operational challenges at the southwest border as it is confronting the most serious global public health crisis in a century. In light of those unique circumstances, the Department must surge resources to the border in order to ensure safe, legal and orderly processing, to rebuild fair and effective asylum procedures that respect human rights and due process, to adopt appropriate public health guidelines and protocols, and to prioritize responding to threats to national security, public safety, and border security.

Taken as a whole, that statement did not make much sense at the time. The pandemic part did, of course, but the need to surge resources to the border did not.

CBP encounters of aliens at the Southwest border had been on the upswing since cratering in the wake of the imposition of CDC Title 42 restrictions in March 2020 in response to the pandemic (they hit a low of 17,106 in April, a number not seen since shortly after President Trump's inauguration). They had, however, settled in the low-70,000 range between October and December.

But even then, the vast majority of the aliens that Border Patrol apprehended were quickly expelled from the United States under that Title 42 authority — 63,002 in October, 61,279 in November, and 60,595 in December. That left just around 10,000 aliens for CBP to process, and detain or release —not exactly a "significant operational challenge", even in a pandemic, and even with fewer than 20,000 agents along that 1,954-mile border.

The Department must rebuild fair and effective asylum procedures that respect human rights and due process. For that reason, the United States faces [prospectively] significant operational challenges at the southwest border as it is confronting the most serious global public health crisis in a century, and must surge resources to the border in order to ensure safe, legal and orderly processing and to adopt appropriate public health guidelines and protocols in response to that rebuilding.

All of that assumes that the asylum procedures that were then in effect (i.e., those of the late administration) were not "fair and effective" and did not "respect human rights and due process".

Depending on your viewpoint, that may have been true, but it is objectively difficult to prove that to have been the case, given the fact that the Trump administration had been subject to more than twice as many "universal injunctions" from more activist judges in four years than its predecessor had in eight, most of which seemed to block the president's immigration policies in one way or another.

In other words, if Trump's "asylum procedures" were not "fair and effective" and did not "respect human rights and due process", some judge would have said so. That those policies were not enjoined speaks volumes about their legality. The changes implemented by the Biden administration, therefore, were simply ones of individual perspective and, for want of a better word, choice.

That would have been fine and well, and (to some degree) in the president's prerogative, had there not been a surge of migrants, and in particular, unaccompanied alien children (UACs), at the border as a result of those changes. But there was, and now there is a humanitarian and national-security disaster at the border, with UACs being detained unconscionably long in unsanitary conditions, and aliens being simply turned out into communities that are ill-equipped to handle them.

One would expect that some change in policy would be in order as a result, but as the Pekoske memo suggests, none is necessary because none of this was particularly unexpected, even from day one.

Which brings me to the interior. In addition to border exigencies, the Pekoske memo also mandated the limitation of immigration enforcement (investigations, arrests, detentions, and deportations of removable aliens) by ICE to allow for DHS "to conduct a review of policies and practices concerning immigration enforcement".

But even that does not justify the significant restrictions therein, because when it comes to immigration enforcement, Congress pipes the tune that ICE must dance to. There is no suggestion in that memo or in any other administration document issued since that any ICE enforcement that was occurring the day before the inauguration was, as a matter of policy, illegal or in violation of the laws that Congress wrote.

Once more, seemingly every new Trump immigration enforcement policy was subject to challenge in court, and if any of those policies transgressed the Constitution or Congress's mandates, some judge, somewhere (likely in the Northern District of California) would have said so and enjoined them.

But, even if the Biden administration thought there were some sort of shenanigans going on at ICE under the Trump administration, it could have restricted the agency simply to the enforcement required by the Immigration and Nationality Act (INA), that is "to take into custody" specified aliens removable on criminal grounds, and to remove aliens under final orders of removal who are not incarcerated and for which no stay is in effect within 90 days.

The Pekoske memo does not even mention those provisions in the INA, let alone pay lip service to them. It simply, and explicitly, transgresses them.

The only way that it can do so without violating Congress's express directions in the INA is to assert that ICE does not have the resources to do what Congress has told it to do. As I have explained, that is hogwash. Unless, of course, some emergency arises that prompts it to expend those resources elsewhere.

Which brings me back to the border. According to CNN, ICE has asked for "volunteers" to help CBP "with security for migrant families and unaccompanied children".

In an e-mail, excerpts of which were published by Fox News, DHS Secretary Alejandro Mayorkas explained that he was activating a so-called "Volunteer Force" within DHS to help CBP deal with migrants, explaining: "President Biden and I are committed to ensuring our Nation has a safe, orderly, and humane immigration system while continuing to balance all of the other critical DHS missions."

"Safe" and "orderly" are right out of the excerpt from the Pekoske memo. And, as a former government employee of some tenure, I can tell you that when the boss asks for volunteers, you do so. That is how you get ahead, and get some posting that you really, really want. Even if it means not doing your real job.

I don't want to sound like a conspiracy theorist, but a border policy that had seemed ad hoc and reckless suddenly seems less so.

Am I saying that the Biden administration planned an emergency at the border so that it did not have to enforce the INA in the interior? Not exactly. But it makes a lot more sense than planning a border policy that is built to fail, if "failure" is defined by children reportedly having to take turns sleeping on the floor without soap or showers in Border Patrol facilities, and migrants dying trying to get into the United States illegally. Which it is, in my book.