Detention Health Care Works the Way It Is Supposed To 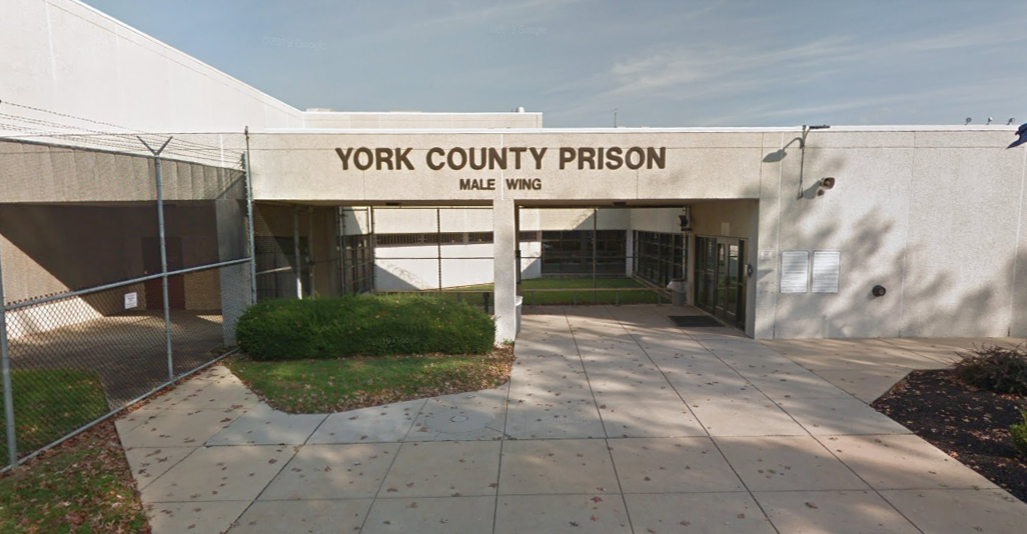 In a post last week, I explained how "Detainees Are Safer in ICE Detention" from the Wuhan virus than they would be if released. A recent incident, at the site of my old courtroom in York, Pa., proves my point.

The local paper, the York Daily Record, reported on Saturday that a Mexican national in U.S. Immigration and Customs Enforcement (ICE) custody at York County Prison (YCP) had tested positive for the virus, and was "immediately placed" into "negative-air housing with medical care", where he will remain until he is cleared. "Negative air systems are used as isolation techniques to keep air inside a room from going into another."

The other detainees in his housing unit were quarantined until they could also be cleared by the medical provider who is onsite at YCP, and those who had contact with that alien were notified, some of whom were also tested. As the paper noted: "The prison system continues to strictly follow the adopted protocols related to pandemic responses as updated based on the COVID‐19 crisis."

The ICE website explains the steps that the agency takes to keep detainees safe:

ICE has maintained a pandemic workforce protection plan since February 2014, which was last updated in May 2017. This plan provides specific guidance for biological threats such as COVID-19. ICE instituted applicable parts of the plan in January 2020 upon the discovery of the potential threat of COVID-19.

The protocol at YCP was consistent with the ICE protocol for responding to and mitigating the spread of the disease:

Detainees who meet CDC criteria for epidemiologic risk of exposure to COVID-19 are housed separately from the general population. ICE places detainees with fever and/or respiratory symptoms in a single medical housing room, or in a medical airborne infection isolation room specifically designed to contain biological agents, such as COVID-19. This prevents the spread of the agent to other individuals and the general public. ICE transports individuals with moderate to severe symptoms, or those who require higher levels of care or monitoring, to appropriate hospitals with expertise in high-risk care. Detainees who do not have fever or symptoms, but meet CDC criteria for epidemiologic risk, are housed separately in a single cell, or as a group, depending on available space.

Detainees and staff at ICE detention facilities have access to soap and water to wash their hands regularly and, for those of you who have had trouble finding hand sanitizer, it is not an issue at those locations: "ICE provides alcohol-based sanitizer in visitor entrances, exits, waiting areas and to staff and detainees in the secure setting whenever possible."

And, as I explained in my earlier post, drugs are available to those who need them as prescribed.

Imagine an alternative scenario, wherein this detainee (who is 37 and has been held by ICE since January) were to have been released. Would his exposure to the virus have been monitored as it is in detention? Almost definitely not. If he contracted the illness, where would he have turned? Possibly a local urgent-care provider, or a primary-care physician (if he had one), but probably to the local emergency room, where he would have (again likely) taxed its limited resources.

And what about all of the people with whom he had contact until he was diagnosed? They would not be quarantined until cleared, and their health would not be monitored.

Now consider your own situation. If you are able to telework (or have been furloughed or fired), you are likely limited in your own movements. Maybe you go to the grocery store, gas station, or local big-box store, but most of the time you are in your own isolation, with your family members or roommates if you have them. Either you, or any of them, could contract the illness unless you take all of the necessary precautions, and bring it home.

If you think that you may have the virus, you cannot turn to your onsite medical provider for diagnosis, even if you live with a physician, nurse, or emergency medical technician. You will have to go to a place where you can be tested, and then wait for the results. ICE detainees have access to that testing where they are, and most importantly, the facilities in which they are held have every incentive to isolate you and test you as soon as possible to avoid any chance of spread.

And as for YCP, I can assure you that the highest cleanliness standards are observed — I ate lunch in the facility almost every day in the eight-plus years I was there, walked through the prison daily, and worked out in the gym. I have a low threshold as it relates to the hygiene of my own surroundings (even when there is no virus outbreak I am well stocked on sanitizer, Clorox, and antibacterial wipes), and I would not have done any of those things if the area did not meet my (admittedly exacting) standards.

In "The Plague", the philosopher Albert Camus wrote: "All I maintain is that on this earth there are pestilences and there are victims, and it's up to us, so far as possible, not to join forces with the pestilences."

Releasing ICE detainees takes them out of a facility where sanitary protections are readily available, testing is accessible, quarantine can be accomplished, and treatment is guaranteed. If that is not joining forces with the current pestilence, I am not sure what is.

Detention is the best resistance to pestilence.