“Frustration among agents . . . has increased” under Biden 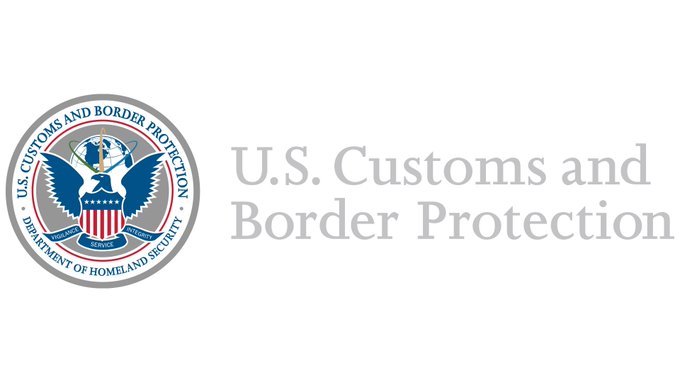 Lost in the disaster that is the Southwest border is a recent spike in suicides among Border Patrol agents. The Biden administration hasn’t given any indication that it’s concerned about the matter, so it’s incumbent on Congress to use its oversight powers to get to the bottom of why trained agents are taking their own lives at what appear to be record rates this year. It should start with agents’ frustrations about the administration’s feckless border policies.

The USBP has experienced the heartbreaking loss of an off-duty agent to an apparent suicide. We humbly ask for prayers for the agent’s family, loved ones, & fellow brothers & sisters in green as we mourn a devastating loss.

Rocky made us all better, he will never be forgotten.

That was followed by another tweet from the chief on November 18:

Chief Patrol Agent Gloria I. Chavez and I regret to inform you of the non-line of duty death of Supervisory Border Patrol Agent (SBPA) Javier R. Fabela, who passed away on November 13, 2022. Sadly, early indications suggest that SBPA Fabela died of suicide.

In less than 2 weeks time we have had 3 Border Patrol Agents commit suicide. Just today we had one in El Paso, Texas.

Something is seriously wrong with our men and women protecting our borders.

Where is Alejandro Mayorkas and the Border Czar?

Not much has been reported about that third agent, and to date Chief Ortiz has not posted any facts. There is no reason to believe, however, that Flores—a sitting congresswoman—was in error.

Three deaths in two weeks are a problem for any organization, let alone one with a robust screening and support program like the Border Patrol.

CBP's "Suicidologist". And it’s been a problem for a while.

On September 28, Anna Giaritelli reported that CBP “became the first government entity to add a ‘suicidologist’ to its ranks in the first half of 2021”, one Dr. Kent Corso. Dr. Corso “works in the commissioner’s behavioral safety and risk management office and has spent more than a year quietly working on the issue, spurring major changes to the agency's culture”.

Many Reasons—and One Big One. There are, of course, many reasons people take their own lives. Family discord, money problems, failing physical health, and chronic mental health issues can all be contributing factors. It’s impossible to explain a phenomenon that is seemingly inexplicable.

Frustration among agents in the Border Patrol has increased over the past 18 months as illegal immigration arrests spiked and agents were forced to release more than 1 million illegal immigrants into the interior of the country rather than remove them. Due to the volume of people illegally entering, Border Patrol redirected half of its agents to transport, process, and watch over people in custody.

All nine of the Border Patrol’s Southwest border sectors have been dealing with a massive increase in illegal entries since Joe Biden took office in January 2021, but the Rio Grande Valley (RGV) sector has been particularly affected.

It is notable that two of the agents worked in the RGV sector. The national suicide rate in 2020, adjusted for age, was 13.48 per 100,000 individuals. Males commit suicide at higher rates than females, but even assuming no other agents took their lives in the RGV this year, those two deaths equate to a rate of greater than 64 per 100,000—nearly five times the national average.

That said, the just over 2,250 agents in El Paso sector have seen their own huge spike in illegal entries in the last two months. In September, agents there apprehended just over 49,000 migrants, a figure that climbed to 53,000-plus in October, as smuggling patterns have shifted west.

Border Patrol keeps records for apprehensions by sector that go back to October 1999. In that 23-year period, prior to the Biden administration, monthly apprehensions in the El Paso sector never topped 40,000, and exceeded 30,000 just once, in May 2019 when agents there caught 38,637 illegal entrants (a figure that dropped below 19,000 the next month).

September’s total broke that record by more than 10,000 apprehensions, and October’s by 14,000. To put El Paso sector’s latest figures into context, however, consider that in the last two months, El Paso sector agents have apprehended nearly 20,000 more aliens than they did in all of fiscal years 2016 through 2018 combined.

The Border’s About to Get Much Worse. Expect those figures to get much worse. The only control on illegal entries at the Southwest border under the Biden administration has been CDC orders issued under Title 42 of the U.S. Code mandating the expulsion of illegal entrants. Those orders were issued beginning in late March 2020, in response to the Covid-19 pandemic.

The administration attempted to end those orders on May 23, only to be stymied in that effort by a federal judge in Louisiana who enjoined the termination of Title 42 on May 20.

On November 15, however, a different federal judge vacated those Title 42 orders, and only reluctantly allowed the administration to continue Title 42 until December 21. DHS has warned that up to 18,000 illegal migrants a day will pour over the Southwest border once Title 42 ends, up from just fewer than 6,050 per day in October.

On November 15, however, a different federal judge vacated those Title 42 orders, and only reluctantly allowed the administration to continue Title 42 until December 21. DHS has warned that up to 18,000 illegal migrants will pour over the Southwest border once Title 42 ends, up from a little more than  6,000 per day in October.

That’s 17 times more aliens than the fewer than 17,000 Border Patrol agents at the Southwest border will be able to handle. The Biden administration can rush all the support staff and resources it wants to the U.S.-Mexico line to process and release those migrants, but the “frustrations” that Giaritelli describes will simply rise and boil over.

The Mission and the Culture. I’ve worked with, and often besides, Border Patrol agents for the better part of the last 30 years and am familiar with what Dr. Corso calls the agency’s “culture”. There are some bad apples, to be sure, but the vast majority of agents are dedicated to the Patrol's 98-year-old mission: “to detect and prevent the illegal entry of individuals into the United States”.

Many agents serve near where they were born and grew up, and where their families have lived for generations. They want to keep their own homes safe, and to safeguard the United States.

That mission, however, has now become a veritable punchline for many in this administration. Want proof?

Overlooked in CBP’s July report on fallacious claims that migrants had been “whipped” or “strapped” by horse-mounted agents at the Rio Grande near Del Rio, Texas, in September 2021 was the fact that agency investigators had sought the prosecution of agents there for attempting to use force to prevent migrants from entering the United States illegally.

That prosecution request was declined by the U.S. Attorney’s Office (either because it was unwinnable or just plain stupid), but nothing better underscores the administration’s dismissive and cavalier attitude toward the Border Patrol’s mission than the fact that people in power in Washington, D.C., think the mission itself is illegal.

Worse, Biden’s CBP commissioner, Chris Magnus, reportedly decided that instead of improving agents’ working conditions, it was more important to change the agency’s “culture”, including by “adding more female officers and tightening rules for pursuing migrants fleeing in cars”.

That was too much for even this administration, which forced Magnus to retire from a job that he had held for less than a year earlier this month. Perhaps Magnus’ departure signals an about-face for the administration’s border policies, but there is not much else that suggests it is.

On November 17, DHS Secretary Alejandro Mayorkas appeared before the Senate, and could not even bring himself to admit that the border’s “currently in crisis”, deflecting the blame instead on the entire Western Hemisphere and on a system that “has been broken for years and years”.

Respectfully, even assuming the system was “broken” when Mayorkas arrived, the secretary has done nothing to “fix” it. Instead, he has smashed it into a million little pieces that he then trampled and buried into a 12-foot-deep ditch he and the president’s other advisors have dug and covered over.

Mayorkas doesn’t have to deal with the administration’s border failures, except at congressional hearings that have been too few and far between under Democratic leadership. The agents do, and as 14 lost lives in a year suggest, they are suffering. Suicide is a cry for help, and with an administration that’s not answering the call, it’s incumbent on Congress to act.