Biden’s Border Problem Is About to Hit South Florida

With Haiti and Cuba in chaos, the possibility of a new boatlift 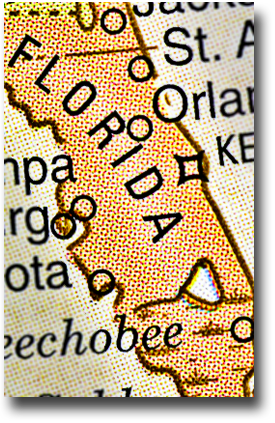 The Southwest border is a chaotic disaster, and that disaster is weighing on the Biden administration politically. As Cuba and Haiti descend into political chaos, the Biden border crisis could be about to hit the high seas and end up on South Florida’s beaches. You can trust me, because I have seen it all before.

My colleague David North has alluded to what is going on in Haiti, but it is worth reviewing the facts there.

On the morning of July 7, Haitian President Jovenel Moïse was assassinated at the presidential residence in Port-au-Prince. Mary Anastasia O’Grady explained in the Wall Street Journal that Moïse’s killing is the latest in a series of events that have rocked the nation since 1986 (things were not going too well in Haiti before then, either) and his death has simply intensified the problems there.

In an excellent July 2 piece in Global Americans, Georges Fauriol from the Center for Strategic and International Studies explained how inconsistent messaging from the international community has exacerbated events in the country, which is on the west end of the island of Hispaniola.

Here is a key takeaway from that article, which underscores the turmoil in Haiti even before Moïse was slain: “Insecurity has increased, with brazen acts of brutality now common and occurring with impunity. Well-armed organized gangs have acquired a taste for politics — sometimes appearing to support or undermine the government, but always creating chaos.”

Haitians have been traveling to this country illegally, fleeing poor economic and political conditions by boat since the 1970s (some 25,000 joined in the mass migration effort known as the “Mariel boatlift” in 1980), with the U.S. Coast Guard interdicting vessels containing illegal Haitian migrants since 1981.

Following the overthrow of then-Haitian President Jean-Bertrand Aristide in a September 1991 coup, thousands of Haitians fled the country by boat, and the Coast Guard interdicted more than 37,000 in 1992.

The George H.W. Bush administration responded first by seeking a regional solution in which nearby countries would give refuge to the interdicted Haitians (a handful of nations took a few hundred a piece), and then by sending them to Guantanamo Bay Naval Base for asylum prescreening. Just fewer than 10,500 of them were paroled in the United States.

Then, in May 1992, the Bush administration ordered all interdicted Haitians returned home, while giving the returnees the chance for in-country refugee processing.

That policy continued into the Clinton administration until June 1994, when President Clinton announced a short-lived effort in which interdicted Haitians would be taken for regional processing as refugees.

In response to another influx of Haitians departing by boat (there were more than 25,000 in 1994), the administration changed course, opting instead for a policy of regional “safe havens” in which those Haitians who were interdicted on the high seas claiming fear could stay, but without being allowed to continue on to the United States.

Then, there is Cuba.

On July 11, protests broke out there starting in the city of San Antonio de los Baños, which soon spread across the country. Thousands have taken to the streets to protest shortages of food and medicine, increasing prices, and the government’s Covid-19 response.

The president of Cuba, Miguel Díaz-Canel, quickly responded, with security forces taking to the streets, attacking protesters, and arresting at least 140 people.

As in the case of Haiti, a trip to the United States by sea (often on less-than-seaworthy vessels over about 90 nautical miles) has been the traditional means of exit from Cuba. The most famous such incident was the aforementioned Mariel boatlift, which started in April 1980 and continued until October of that year.

As my colleague, Mark Krikorian, explained in May: “Back in 1980 (when Biden had already been in the Senate for more than seven years), Carter sparked the Mariel Boatlift from Cuba by saying he welcomed potential migrants with ‘open hearts and open arms,’ and got more than he bargained for.”

On April 20, 1980, then-Cuban dictator Fidel Castro announced that Cubans were free to leave the country from the port of Mariel.

By the time that the boatlift ended (and after it was “discovered that a number of the exiles had been released from Cuban jails and mental health facilities” to leave the country), about 125,000 “Marielitos” had made the open-sea journey to the United States.

Cubans continued thereafter to transit to the United States illegally by sea in smaller numbers (the most famous of whom was then-five-year-old Elian Gonzalez, who was rescued by fishermen in November 1999 after the boat carrying him and his mother capsized), but their numbers dropped in 2017 when the Obama administration ended the “wet-foot/dry-foot” policy that gave favorable status to Cuban nationals who landed here.

In FY 2019, more than 450 Cubans were interdicted or apprehended on arrival, as were 107 in FY 2018. In March, CNN reported that the economic crisis in the country was spurring boat transit from the country, with 90 Cubans having been interdicted since October, a jump from the 49 interdictions in FY 2020.

Thereafter, on April 14, the Coast Guard interdicted 12 Cubans near Key Largo in what was described as “at least the fourth migration attempt into the Keys” in a week. The “boat” on which they were travelling appears to be little more than a large steel can with a motor.

Then, on May 27, the Miami Herald reported that two Cubans were dead and 10 were missing after the boat that they were traveling on capsized south of Key West. On July 5, a group of 22 Cubans left the country in an attempt to make it to the United States, right into Tropical Storm Elsa. That vessel capsized as well, with nine missing at last report.

DHS is plainly concerned that political instability in Haiti and the ongoing protests in Cuba will spur an additional seagoing migration from the two countries.

On July 13, DHS Secretary Alejandro Mayorkas announced that Haitians and Cubans interdicted at sea would be stopped by the Coast Guard and not be allowed into the United States.

In a switch from the Biden administration’s position on Trump-era “safe third-country” agreements, Mayorkas asserted that: “If individuals make, establish a well-founded fear of persecution or torture, they are referred to third countries for resettlement. ... They will not enter the United States.”

It is possible that Mayorkas’s warnings will dissuade would-be migrants in a new boatlift, but if history is any guide, I seriously doubt it.

Of course, those with the money will likely take the much safer route to the United States via Central America (Mayorkas did not mention those migrants), but a combination of corrupt boat captains looking for easy money and inconsistent messaging (to be kind) from the Biden administration on illegal migration will likely boost the number of illicit seaborne travelers.

If it does, and if the number of boat migrants grows, the administration will find itself in a dilemma. If it returns those migrants, it will dissuade others seeking a similar passage, but likely alienate many Democrats on the left (and possibly the politically powerful Cuban immigrant community).

If the Biden administration fails to interdict and return those migrants, however, their numbers will surge. It will then have to deal with even more political fallout as the disaster at the Southwest border spreads to South Florida, the primary destination for seagoing Haitians and Cubans alike.

As the president and DHS fail to enforce the immigration laws at the border and in the interior of the United States, and as that border falls further into chaos, instability in Haiti and Cuba threatens to open a new front for illegal immigration in South Florida. Regrettably, I have seen this play out before, and if a wave of new boat migrants follows the tens of thousands who have gone before them, the Biden administration will have a new political and humanitarian disaster on its hands.