Does the decision cut both ways? It should 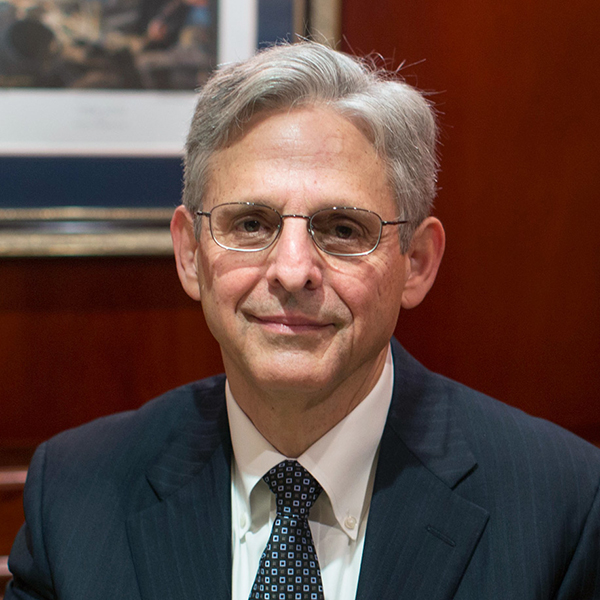 In a May 9 decision, Attorney General (AG) Merrick Garland held that immigration judges (IJs) and Board of Immigration Appeals (BIA) members “may consider” an alien respondent’s mental health in assessing whether the alien has been convicted of a “particularly serious crime” barring the alien from statutory withholding of removal. The respondent’s mental condition was offered as a factor mitigating the seriousness of his burglary conviction, but the AG’s decision raises some serious questions.

The Facts. The case is Matter of B-Z-R-, and the respondent is a Mexican national whose immigration status is unclear from the decision. In April 2017, the respondent was convicted of burglary in violation of N.J. Stat. Ann. § 2C:18-2(a)(1), for which he received a four-year sentence.

It is also unclear whether that conviction is an “aggravated felony” as defined in section 101(a)(43) of the Immigration and Nationality Act (INA) — an important point to keep in mind the next time you hear DHS Secretary Alejandro Mayorkas crow that he has removed more aliens convicted of aggravated felonies than were removed under the Trump administration.

As my colleague Jon Feere has explained, “the same criminal act committed by two people in two different jurisdictions may or may not make the person an aggravated felon due to the laws of each state and different rulings in circuit courts”. Consequently, ICE hasn’t previously tracked how many aliens convicted of aggravated felonies it has removed — undermining Mayorkas’ comparisons to his predecessors’ removal efforts.

Returning to Matter of B-Z-R-, if his conviction were an aggravated felony, he would have been barred from receiving asylum. Under section 208(b)(2) of the INA, an aggravated felony conviction is per se a “particularly serious crime” rendering the offender ineligible for asylum. Notably, B-Z-R- did not apply for asylum, although there is no explanation for his failure to do so.

Specifically, B-Z-R- alleged that he would be persecuted if returned to Mexico due to his sexual orientation and mental health condition (which was unspecified in the AG’s decision). At the hearing level, the IJ found that the respondent was barred from receiving statutory withholding because his burglary conviction was a “particularly serious crime”.

Before the IJ, the respondent had apparently offered evidence concerning his (unspecified) mental health condition to prove that his crime was not particularly serious, but the judge held that he was unable to consider that evidence under the BIA’s 2014 precedent decision, Matter of G-G-S-.

In that case, a three-member panel of the BIA held: “An alien’s mental health as a factor in a criminal act falls within the province of the criminal courts and is not [to be] considered in assessing whether the alien was convicted of a ‘particularly serious crime’ for immigration purposes.”

The Ninth Circuit disagreed with this categorical bar for mental health evidence in its own 2018 precedent decision, as did the Eighth Circuit in 2021. The Tenth Circuit, on the other hand, deferred to the BIA’s assessment in a 2021 decision with a currently pending petition for certiorari before the Supreme Court.

The BIA in Matter of B-Z-R- dismissed the respondent’s appeal, acknowledging that “[t]he record includes evidence that the respondent has been diagnosed with a serious mental disorder”, but concluding that Matter of G-G-S- foreclosed its consideration of that evidence in assessing whether the respondent had been convicted of a particularly serious crime.

The Problems with the AG’s Decision. The AG certified the matter to himself for review and overruled Matter of G-G-S-, finding that IJs and the BIA may consider mental health evidence in determining whether a crime is particularly serious.

With due respect to the AG, he should have sustained Matter of G-G-S-, which was premised on two determinations by the BIA, at least one of which is indisputably correct.

The first was that “[w]hether and to what extent an individual’s mental illness or disorder is relevant to his or her commission of an offense and conviction for the crime are issues best resolved in criminal proceedings”, and that IJs “cannot go behind the decisions of the criminal judge and reassess any ruling on criminal culpability.” That is black-letter immigration law, and there is no reason for a special “mental health” carve-out.

The second rationale was that an alien’s:

[M]ental condition does not relate to the pivotal issue in a particularly serious crime analysis, which is whether the nature of his conviction, the sentence imposed, and the circumstances and underlying facts indicate that he posed a danger to the community.

That one is a bit iffier (though still likely sound), but now that the AG overruled Matter of G-G-S-, the BIA — or a future AG — may return to it, and likely not in the way that Garland expected. To understand, it is essential to review the language of the particularly serious crime bar to statutory withholding.

Under section 241(b)(3)(B)(ii) of the INA, an alien is precluded from receiving statutory withholding if “the alien, having been convicted by a final judgment of a particularly serious crime is a danger to the community of the United States”.

B-Z-R- apparently (the AG’s statement of the case leaves out a lot of key facts) contends that his “serious mental disorder” mitigates the seriousness of his burglary offense.

If a mental condition can be a mitigating factor in the particularly serious crime analysis, logically it can be an aggravating factor as well. As noted, the focus of that bar is on whether the circumstances and facts of the crime indicate that the alien is a danger to the community.

For example, drunk driving is not generally a particularly serious crime that bars an alien from receiving statutory withholding, but what if the government were to offer evidence that the alien suffers from “alcohol use disorder (AUD)”, a recognized condition under the Diagnostic and Statistical Manual of Mental Disorders (DSM–5)?

AUD is broken down in the DSM-5 into mild, moderate, and severe sub-classifications, and one of the symptoms of severe AUD is getting “into situations while or after drinking that increased” that person’s “chances of getting hurt (such as driving ...)”. That would definitely be true of a person with a DUI conviction.

Could the government offer proof that an alien with a drunk driving conviction suffers from severe AUD, and therefore the offense is particularly serious because it demonstrates that the alien is a “danger to the community”?

Or imagine that the government offers proof that an alien with a simple assault conviction (which may or may not be an aggravated felony) suffers from a paraphilic disorder under the DSM-5, such as “a sexual desire or behavior that involves another person’s psychological distress, injury, or death, or a desire for sexual behaviors involving unwilling persons or persons unable to give legal consent”?

Could the government argue that unwanted touching is actually a manifestation of a paraphilic disorder, and therefore the offense is “particularly serious”?

None of these are far-fetched scenarios, and although ICE under its current de facto general counsel and DOJ under AG Garland are unlikely to countenance such arguments, would the same be true if those roles were held by my colleague Jon Feere and current Sen. Ted Cruz (R-Texas), respectively, in the DeSantis administration?

As significant, however, is the fact that the focus of the particularly serious crime bar is on whether the alien poses a danger to the community. If that fact were apparent on the face of the offense, does it make sense to allow the alien to offer mitigating mental health evidence?

The particularly serious crime bar is not punishment for the offender, it is protection for society. By allowing aliens to mitigate their culpability for such an offense by offering proof that they suffer from a “serious mental health disorder”, the attorney general may have benefited some criminal aliens, but he has also made the community as a whole less safe.