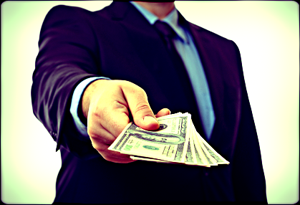 On the campaign trail, Donald Trump spoke of the "tremendous costs" illegal aliens pose to the country through "abuse our welfare system". Tax reform gave Congress an opportunity to help stop this abuse. Unfortunately, for reasons that are unclear, Republicans changed the Tax Cuts and Jobs Act in order to continue to permit the IRS to pay billions of dollars every year to illegal aliens through the child tax credit.

Under section 24 of the Internal Revenue Code, taxpayers get a credit of $1,000 for each child against their total tax liability. If the credit exceeds the total tax liability, it becomes partially "refundable" — meaning that the IRS will send you a check. The credit phases out once an individual's income exceeds $75,000 and/or a married couple's income exceeds $110,000. The Tax Cuts and Jobs Act doubles this credit and raises the income ceiling for those eligible. According to a 2011 US Treasury Inspector General for Tax Administration report, illegal aliens who were not eligible to work received $4.2 billion.

I have explained in depth why the Personal Responsibility and Work Opportunity Act of 1996 makes illegal aliens "not eligible for any Federal public benefit." However, under the IRS's misguided interpretation, a tax filer only needs to show a valid "taxpayer identification number" to receive these credits. Unlike a Social Security number, illegal aliens can receive these numbers.

While the IRS has the authority, if not the mandate, to deny these credits to illegal aliens, Congress should resolve any ambiguity. The Tax Cuts and Jobs Act initially did just that. When House Ways and Means Committee Chairman Kevin Brady introduced the bill, Section 1103, "Refundable Credit Program Integrity", provided that the refundable credits were not available unless the "taxpayer includes the taxpayer's Social Security number on the return of tax for such taxable year." This would ensure that illegal aliens could not receive the credit.

However, when the bill was marked up in committee, this language was replaced with "No credit shall be allowed under this section to a taxpayer with respect to any qualifying child unless the taxpayer includes the name and Social Security number of such qualifying child on the return of tax for the taxable year."

Because of birthright citizenship, any children born to illegal aliens become automatic U.S. citizens. Thus, illegal aliens can still receive billions of dollars in tax credits for their U.S.-born children.

This being said, the new text is not without merit. Many immigrants, legal and illegal, incorrectly claim the credit for their noncitizen children who reside in their home countries. Additionally, it still prevents illegal aliens from claiming credits for children who are also unauthorized. Still, this does not justify removing an important reform.

There's been no explanation of who was responsible for revising Section 1103's language or why. The change was so rushed that when the Joint Committee on Taxation scored the bill after it came out of committee, it listed savings of $21.7 billion for "requir[ing a] valid Social Security number of at least one taxpayer to claim refundable portion of child credit", which were no longer in the bill. Unfortunately, both the House and Senate passed the legislation without requiring the taxpayer to prove his or her work authorization to receive a refundable credit.

Before the Senate voted on the Tax Cuts and Jobs Act, Donald Trump said, "a vote to cut taxes is a vote to put America First. It's time to take care of our workers." Allowing illegal aliens who are not authorized to work to get refundable tax credits does the opposite.

When the bill goes to conference, it's imperative that Congress include the requirement that both taxpayers and their children have valid Social Security numbers, so that all the savings and benefits go to Americans.