'90 Day Fiancé' should be required viewing for every American

It took a pandemic to get me to watch the "90 Day Fiancé" television program, but now that I've seen it, I'm hooked. 90 Day has been around since 2014 and now has at least six spinoff shows, including "Before the 90 Days", "The Other Way", and others. But I'm a sports addict and so I devote nearly all of my precious screen time to games and matches of all kinds. With no sports for two months, and counting, I've finally gotten around to the TLC network's 90 Day and, after watching many episodes across several seasons, I'm convinced that it's the best reality show in television history. It should be required viewing for every American, but particularly for liberals.

In case you're unfamiliar with the program, it chronicles real couples who are at varying stages in the K-1 (fiancé) visa process. During my career at the State Department, I interviewed hundreds of international couples for visas, including the K-1 fiancé visa as well as immigrant visas for those already married. After leaving the Foreign Service, I wrote a report for the Center on green card marriages called "Hello, I Love You Won't You Tell Me Your Name: Inside the Green Card Marriage Phenomenon". More than a decade after publication, it is still one of the most widely cited papers available on green card marriages and I continue to get emails about it on a regular basis. But nothing I've ever written or will write on the topic could ever come close to showing the gritty realities of some, shall we say sketchy, international relationships as well as 90 Day does.

While there are clearly some scripted scenes involved, the couples are all real — TLC vets candidates and only those who are in the process of applying for K-1 visas can qualify. Many Americans, especially those who seek to marry much younger and, let's be frank, more attractive, spouses from developing countries live with a nagging suspicion that their lover might be using them to get a green card. In some cases, their fears are well founded, in others not so much, but in every case, the show captures the tension of this conflict beautifully.

Many Americans, particularly those on the Left, take the comforts and privileges we enjoy here for granted. Consumed by our First World problems, it's easy to forget that millions of people around the world dream of moving to our shores, even now during the pandemic. For many aspiring migrants, marrying an American is the only hope to achieve that dream. This can lead to some international relationships with a distinctive attractiveness imbalance, i.e. the old/short/poor/ugly/obese/vulgar/annoying American gets to marry someone from overseas who is often much younger, more attractive, and, frequently, nicer, all by virtue of their royal blue U.S. passports.

Sometimes the marriage is solely a vehicle for immigration; in others, it's the galvanizing motivation but the foreign national intends to remain married to the American. I should point out here that some of the international couples on the show and most of them in real life are completely legitimate and not all of the Americans on 90 Day are losers. 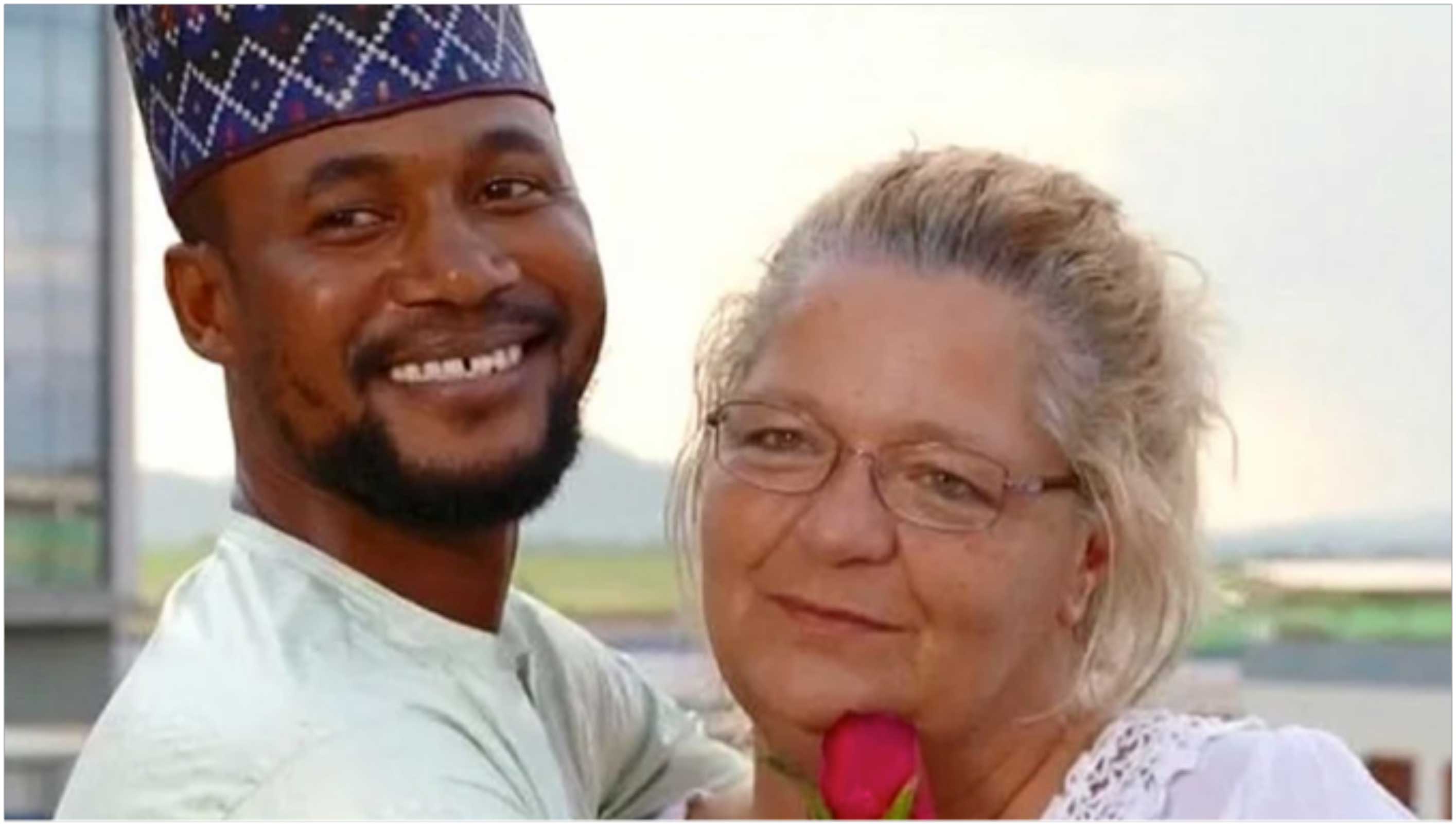 But there are some couples on the show that are just outrageous. In the show's current season, for example, there's a handsome and charming young Nigerian pop singer named Usman who uses the stage name "Soja Boy". Soja Boy is engaged to a woman he calls "Baby Love Lisa". Baby Love is a crass, corpulent, much older woman from York, Pa., who orders him around like a drill sergeant and continually frets about his female friends and fans. She boasts, on camera, to a female friend that Soja Boy has never had unprotected sex and insists that when she gets it on with him, sans condom, it'll be like "taking his virginity".

Soja Boy, on the other hand, is as nice as can be. He holds her meaty hands, he plants kisses on her and humors her, all the while occasionally admitting in solo video confessionals that she's annoying as hell and much fatter than he imagined when he met her online. Even when he professes his love for Baby Love, he can't ever complete the sentence without adding, "and I can't wait to live in the United States."

You see the couple together and conclude that they can't be real. It must be TLC paying these people for our amusement, right? But it is real. And this becomes clear when then the show moves to Soja Boy's forlorn village in northern Nigeria. You see his rudimentary toilet and the malnourished-looking farm animals roaming the potholed streets and it all becomes quite clear why a handsome, young Nigerian pop singer would be willing to marry a woman 20 years older and 50 pounds heavier (at least) who nags him 24/7 with a three-pack-a-day smoker's voice that could break concrete.

Another of this season's noteworthy couples is Rosemarie, a sweet and cute young lady from a desperately poor village in the Philippines, and Big Ed, a California photographer in his fifties who stands 4 foot 10 and must weigh about 250 pounds. He slathers his hair in mayonnaise (really) and tells us in episode one that he hasn't had sex in 28 years. Aside from the fact that he has no neck and a variety of other physical limitations; poor Ed is also shockingly rude and petty. He demands that poor Rosemarie subject herself to an STD test for no good reason. He conceals from her the fact that he's scheduled to undergo a vasectomy. And he presents her with toothpaste and a new toothbrush after telling her that her breath stinks, among many other ridiculous moments. 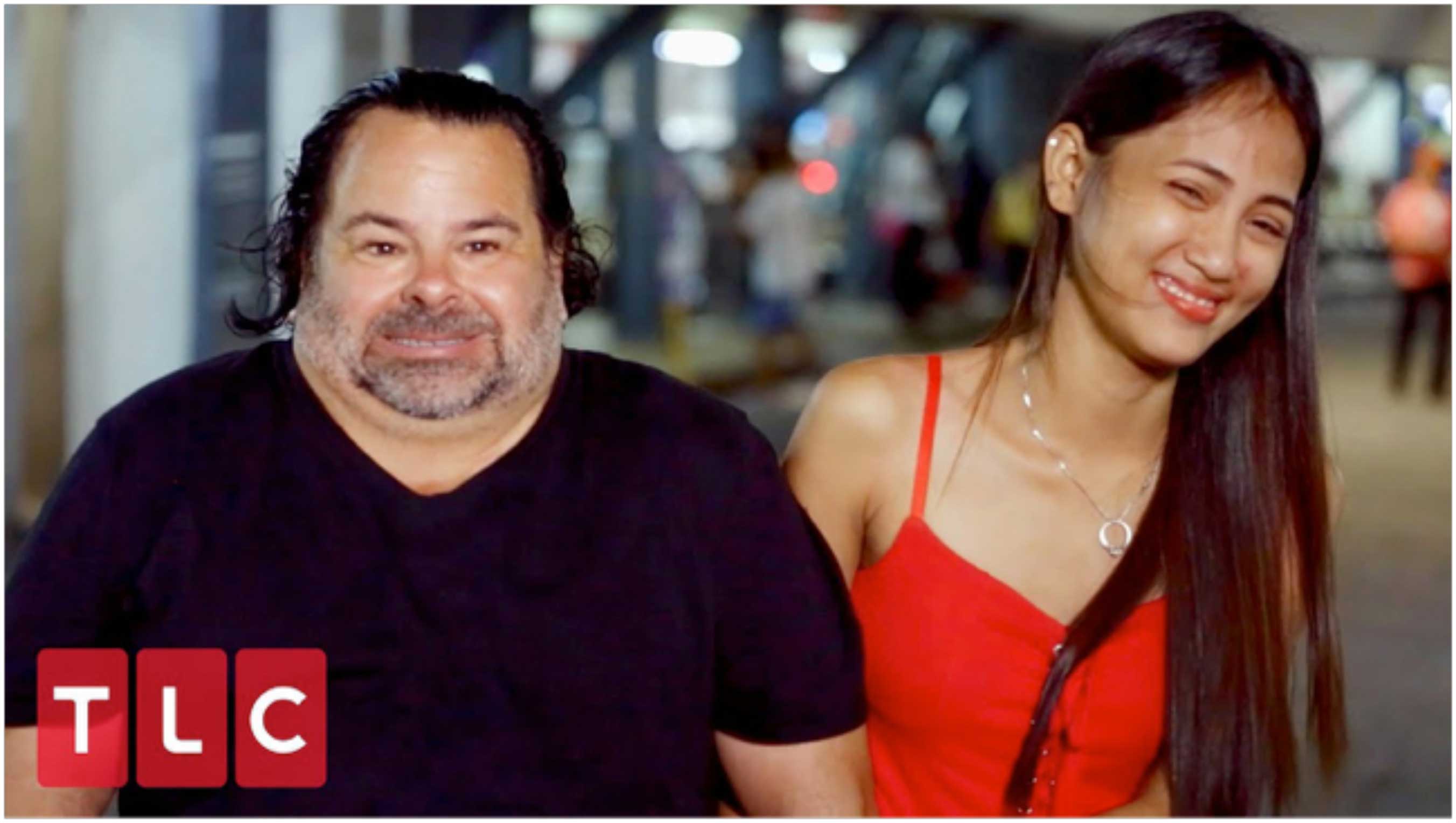 Again, you see the two together and think "no way". Until that is, the scene shifts to Rosemarie's desperately poor village in the Philippines, where Big Ed endures the "worst night of his life" in her family's humble, improvised home sleeping on a dirty mattress on the floor in a rainstorm under a leaky roof without electricity. In the morning, he is hosed off like the swine that he is by the girl's father in their makeshift shower before he tells her that he has to move to a hotel because he needs 1,000 thread-count sheets or better. Rosemarie's sister hits him up for money and at one point in the proceedings, Big Ed remarks, "I'm beginning to think I might be her meal ticket." D'ya think, Ed?

There's a middle-aged woman who gets "catfished" (duped by someone creating a fake online persona) by a Nigerian who blackmails her over nude photos she emailed him. And, my personal favorite, a poor sap named David who squanders over $100,000 on a Ukrainian dating website communicating with a young lady whose phone number he can't even get over the course of their seven year "relationship". He travels to Ukraine four times and is stood up each time. David hires a private detective but dismisses out of hand the detective's findings that the woman is scamming him, traveling back to Ukraine for visit number five. When he finally meets his internet paramour in person, wearing a ludicrous cape-like trench coat that almost touches the ground, he bizarrely tells her that he hired the private eye and tells her he can't wait for her to come to his hotel room. Talk about tact.

In season five of the show, a young Dominican gigolo snares an oversized and much older Georgia gal at the bar in the Dominican Republic where he worked. He comes to Georgia but after a few weeks in country, concludes that the only time he had any fun was when he was throwing money at strippers for his bachelor party. The couple marries but Luis quickly absconds, joining a brother in New Jersey, which was probably the plan all along. If I could offer one critique of the show, it's that they gave Luis a free pass on this and skirted over the fact that what he did was illegal.

We'll find out what happens to all of the couples in the current season soon, but I feel like I already know because I've interviewed couples just like them before. I'm sure many viewers simply view the show as cheap entertainment and assume it's mostly fiction but I'm here to tell you that I believe every second of it because I've seen it in action at our embassies and consulates.

As I detailed in my report on green card marriage fraud in 2008, international marriages of convenience come in all shapes and sizes. Marriages that start off with a fraudulent premise — a local person hooking an American to get a green card — can sometimes morph into legitimate relationships. The show captures these complexities well. So well, in fact, that an unexpected thing has happened to me along the way.

Anyone who has read my work knows I believe in rigorous enforcement of our immigration laws. And, having met and heard from many, many Americans whose lives were ruined after being duped by foreign spouses, I'm well aware that marriage fraud isn't a victimless crime. That said, I've been seduced by 90 Day characters like Rosemarie and Soja Boy, who has said that our country is the best in the world. They appreciate America and I genuinely hope they qualify for visas.

You can't help but admire how incredibly determined they are to get to our country. Seriously. When I watch Soja Boy plant a kiss on Baby Love Lisa, or even worse, roll into bed with her, I cringe, but I also think, perhaps anyone willing to work that hard for the visa deserves it. Just imagine being that desperate to upgrade to a better country. There are so many Americans, particularly on the Left, who take our country for granted, it's hard not to be charmed by those who, unlike ungrateful migrants like Rep. Ilhan Omar, actually appreciate the place. And besides, aren't they performing a kind of service by marrying some of our least eligible bachelors and bachelorettes? We hear a lot about jobs Americans won't take (99.99 percent of it lies), but what about people Americans won't marry?

For me, 90 Day has something to teach those on the Right and the Left. Conservatives like me can gain a new appreciation for some of the immigrants headed our way, while the open-borders crowd can see why the huge demand for visas necessitates enforcement of our laws. Just imagine how many would want to move here if they didn't have to suffer the penance of marrying the Big Eds and Baby Love Lisas of the world and could just come right in? Watch the show and you'll never take your American citizenship for granted again.