Why Not 2-Year Conditional Green Cards for Refugees? 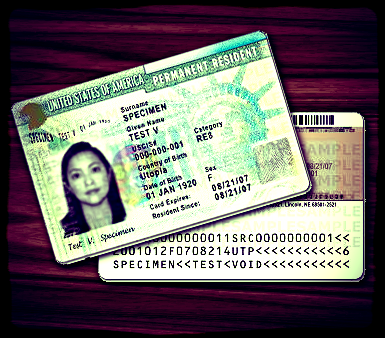 As FY 2017 is coming to an end, President Trump's is expected to announce the FY 2018 refugee admissions ceiling. The presidential determination could be as low as 40,000 following the Department of Homeland Security recent recommendation. (The Wall Street Journal is reporting that the White House has settled on a ceiling of 45,000.)

Refugee admissions numbers matter of course. But, as I wrote a couple of weeks ago, reforming the U.S. refugee resettlement program should go beyond admission numbers.

One course of action could be to give resettled refugees two-year conditional green cards instead of 10-year permanent ones.

Despite the 1951 Refugee Convention's call for a prompt naturalization of refugees, many European countries have not facilitated the citizenship process for refugees. The U.S. could follow suit.

Currently, resettled refugees are required by law to apply for a green card (legal permanent residence) one year after admission. They can apply for citizenship four years later (not five, because the five-year residency clock for refugees starts on the day of arrival). The green card is a 10-year renewable card that offers almost all the benefits of a U.S. citizenship except for the right to vote and hold public office.

Here's what I suggest: Instead of giving resettled refugees the 10-year green cards, why not give them a two-year Conditional Permanent Residence? U.S. Citizenship and Immigration Services (USCIS) explains the conditional process:

The 2-year period allows for a reevaluation of cases after which either a permanent residency status (10-year renewable green cards) is granted or an order for removal issued.

This 2-year non-renewable green card is currently given to, among others, aliens married to a U.S. citizen. To remove the conditions on a green card based on marriage, aliens need to prove to authorities that they entered the marriage in good faith and did not get married to evade U.S. immigration laws.

This is not to doubt the good faith of refugees in general. But the reevaluation of cases some three years after resettlement in the United States could be helpful on many levels. It would afford an extra layer of vetting and could help uncover false asylum claims that went through the cracks or spot early radicalization trends. It would also help reveal real motivations (including opportunistic stands) and determine whether the integration process is well under way.

Furthermore, this three-year window might be a chance for refugees to reconsider their stay. Refugees might find life in the U.S. too hard or too different, or simply feel homesick. The situation in their home countries could have also evolved, making return possible.

The outcomes and motivations to naturalize differ from one migrant to another. For some, as Dr. Marteen Peter Vink from Maastricht University observes, naturalization does not equate with assimilation but instead facilitates return migration to the country of origin or out-migration to another destination. Dual citizenship in this context allows for circular mobility to take place.

This could be the case of Australia's unwanted refugees resettled in the United States (the first 25 of whom have left for the U.S.) under a deal made by the outgoing Obama administration and carried out by President Trump. Most were not keen on coming to the United States to begin with; Australia was and still is their preferred destination (for many, family members were already settled there). What prevents those resettled refugees from taking advantage of the American system and going to Australia as American citizens five years from now?

The same applies to Syrian refugees who ache to go back to Syria, like Firas al Ahmad, a 30-year-old Syrian mechanic resettled in Dallas with his wife and kids. Let's listen to him on the eve of his departure to the U.S.: "Syria is everything, it is everything to me. The minute the war is over I will go back. Even now I wish it would end today, before we leave, so that we could go home." Such emotions are not surprising early on. But is a change of heart certain?

Humanitarian assistance is necessary, but granting the most advanced legal status in an expedited manner to refugees who have suffered great losses is not. It is best to allow for wounds to heal and desires to progress.