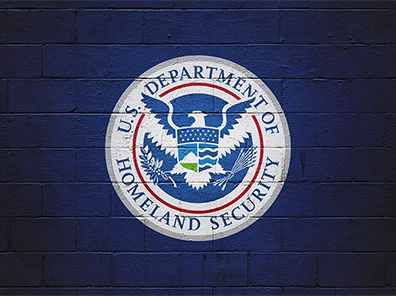 The Department of State’s Bureau of Population, Refugees, and Migration (PRM) announced on December 12 a public-private initiative with the Tent Partnership for Refugees “to support employment opportunities and economic integration for refugees and other forcibly displaced people around the world”.

Tent, a business coalition made up of more than “300 multinational companies committed to supporting refugees through hiring, training, and mentorship” was founded by Chobani CEO Hamdi Ulukaya in 2016. Many of the companies that were founding members of Tent came together with President Obama on the margins of the 2016 UN General Assembly. Ulukaya, who came up with the idea of Tent, was hiring refugees and trying to convince companies to hire them as well. But, as he explained, “it wasn’t until 2016, when we met with President Obama and Vice President Biden and some other businesses and some other organizations, that gave me that initial light to take Tent to the next level.”

A memorandum of understanding (MOU) with Tent was signed by Secretary of State Anthony Blinken on December 12. This partnership “seeks to mobilize U.S. and international businesses and corporations to connect refugees to work opportunities”.

Blinken reminded the audience at the MOU signing ceremony of the U.S. commitment to helping refugees:

We are the single largest provider of humanitarian assistance to people in need. In just the last year, the State Department alone has provided billions of dollars in assistance for refugees, including $2.2 billion to the UN Refugee Agency.

Here at home, the Biden administration has made it a priority to expand and modernize our refugee admissions program. …

We’re also assisting Ukrainians and Afghans who’ve fled their countries and sought safety here in the United States — in part by collaborating with Welcome.US, an organization that’s mobilizing American citizens and businesses to support our new neighbors.

Assistant Secretary of State for PRM Julieta Valls Noyes, whose bureau, as she explained, “leads humanitarian assistance and humanitarian diplomacy at the State Department” and administers “the United States’ generous assistance provided by American taxpayers and appropriated by Congress”, praised this new initiative:

Tent’s network today now tops 300 companies. They are all committed to providing tens of thousands of refugees with work, training, and mentorship opportunities in order to improve their economic security and facilitate their integration into our country and other countries.

Blinken underlined the importance of shared responsibility, which “is one of the main ideas behind the United Nations Global Compact on Refugees”:

By partnering with the private sector — and also with civil society, with international organizations, with other groups — governments can do more and do better in their support of refugees and asylum seekers.

Today, the United States and Tent are bringing that spirit of collaboration to a new memorandum of understanding that we’re about to sign. We’ve both made commitments toward the goals of the compact [UN Global Compact on Refugees]; now we’ll partner to build upon one of those pledges: expanding economic opportunity for refugees outside of the United States.

The United States has acted as a precursor in that front. As underlined by Ulukaya: “American companies are leading the way again ... the last event we had, we had 45 companies committing over 20,000 jobs in the United States.” This MOU will further strengthen the U.S. role and commitment toward refugees. It also falls in line with the Biden administration’s private sponsorship initiatives designed “to grow opportunities for Americans to participate directly in welcoming refugees and facilitating their successful integration”.