When DHS Says 'No' in an EB-5 Case, It Prevails 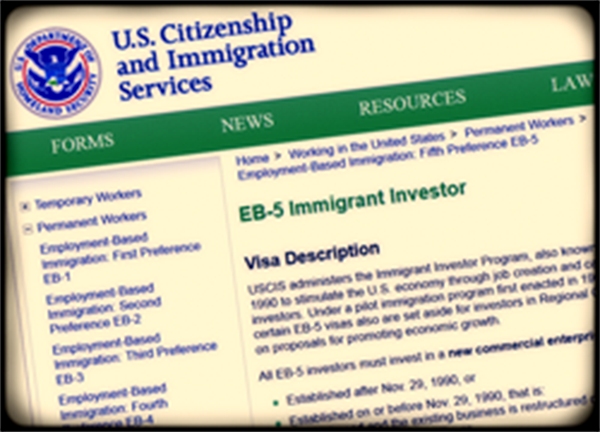 While these pages have often been critical of the government's handling of the controversial and fraud-flecked EB-5 (immigrant investor) program, a recent CIS analysis of negative decisions made by the DHS office in charge of the program suggests that once DHS says "no", those decisions stick.

We looked at the total number of applications (the form I-526) from would-be alien investors denied so far this year by the Immigrant Investor Program Office (which is abbreviated, wrongly I believe, into IPO), an arm of U.S. Citizenship and Immigration Service (USCIS). Then we examined the appeals made from the IPO decisions to the Administrative Appeals Office (AAO), another arm of USCIS, during the same time period.

What we found were 824 denials by IPO, of which less than 10 percent were appealed (suggesting that the denials were, in a sense, accepted by more than 90 percent of the aliens involved). Then, looking at the appeals filed, we found only three reversals of the IPO position by AAO. This gives the alien investors an appeals' batting average of an unimpressive .004.

It should be noted that these are two different decision systems, and that some of the 80 appeals were against IPO decisions made in earlier time frames.

Some of the 13 remands — orders that IPO review the cases again — later will become reversals, but even if all of the remands become reversals, an unlikely prospect, the aliens' batting average improves to all of .019. The latter figure results when one compares the 16 possible reversals to the 824 IPO denials.

These figures not only suggest that IPO rarely makes an error when ruling against an investor's application, it might be leaning the other way, and can be seen as being overly cautious about saying "no" to many applications that perhaps should have been rejected.

AAO and Privacy. Looking over these data reminded me of AAO's long-standing and ridiculous privacy policy. Beyond not naming the aliens in these cases, which may or may not be appropriate, it hides the identities of:

The regional centers are usually for-profit entities, licensed by IPO, to handle the immigrants' money. If they are playing a positive or a negative role in one of these cases, leading to a formal written decision by an administrative law judge, the public should know about it.

As to not naming the lawyers in these cases, this is a total gift to the less talented members of the immigration bar, the ones who took their clients' money to file the losing appeals. If a lawyer loses or wins a case in most other proceedings, she or he is named, but not those filing with AAO. Supposing an alien wants to hire one of the lawyers who won one of those three EB-5 reversals, can they find out who they are from the decisions? No.

But AAO has made a cosmetic change in the presentation of its redactions.

Until recently the censored material was presented as big boxes of solid black ink; now the deleted material is covered by gray boxes; the image is a bit less dramatic, but information is still denied to us.

Data Sources. The IPO decisions on EB-5 cases for 2019 can be seen here.

The data on AAO decisions for the same period were calculated by CIS from this source.

The writer is grateful to Emma Cummins, a CIS intern, for her research assistance.