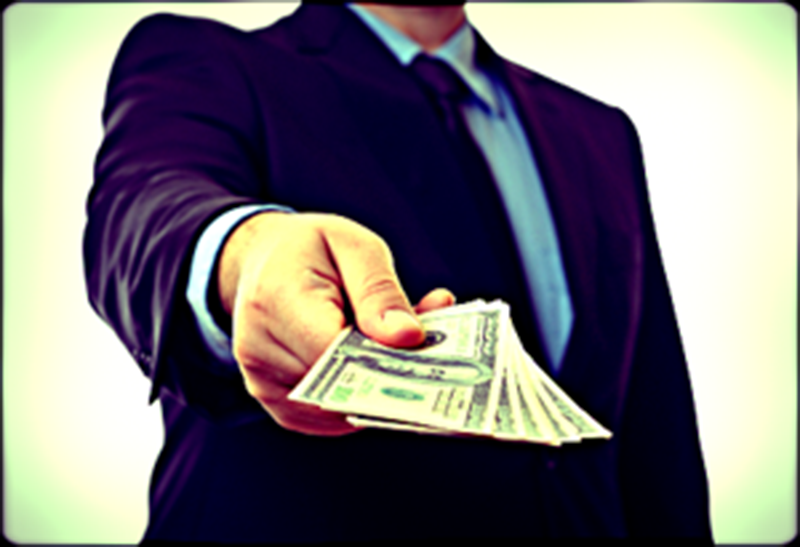 Visa waiting lists or backlogs, created by the excess demand for admission to the United States, in some instances lavish huge goodies on a tiny minority of already prosperous American corporations.

Some of them (collectively) get billions of dollars in enslaved loans, at bargain interest rates. Another bloc of corporations secure hundreds of thousands of highly skilled, virtually indentured workers. (Maybe there is a doubly blessed corporation out there that gets both kinds of benefits at the same time, but I doubt it.)

Visa backlogs are caused by numerical ceilings on migrant categories, a sensible, almost 100-year-old part of our immigration policy. The rich rewards created for the two classes of big corporations are a probably unintended consequence of these ceilings, but are now vigorously defended by well-connected lobbyists.

The first of these benefits, the enslaved billions, is barely known outside the EB-5 program. The second, better-known set of goodies, involving high-skilled workers, relates to the H-1B program. I have never read anything connecting these two phenomena.

One of the ironies of this situation is that while the usual image of immigration-facilitated exploitation consists of Mexican farm workers, or longer ago, the Chinese coolies who helped build our railroads, the two current programs negatively impact the best-financed and/or best-educated of the migrants — with a small Stateside elite exploiting the near-elites of other nations.

In the typical mainstream media treatment of visa backlogs, we hear about an attractive alien, usually still in his home country, who has been denied a sibling visa, for example, for more than a dozen years, because of the visa backlogs. Such articles rarely discuss the utility of numerical limits to the American population as a whole, and they never mention the financial factors we are dealing with today.

Here is how the visa backlogs work in the two programs of interest.

The Enslaved Billions of Dollars. The EB-5 (immigrant investor) program grants would-be immigrants who invest $500,000 in Homeland Security-approved-but-not-guaranteed projects a set of temporary green cards for the investor's family; should everything work out, as it often does not, these cards are converted to permanent ones after the passage of two years. There is a statutory limit of about 10,000 visas a year, and given about 2.5 visas per family on average, this produces a national total of about 4,000 investments worth about $2 billion a year.

A few years ago, the program became so popular with rich-but-nervous Chinese families that the legislative ceiling on visas came into effect for Chinese investors (as it has more recently for people from Vietnam and may soon for Indian investors.) The way that these ceilings work is fiendishly complex, but it boils down to the fact that some of the more recent EB-5 applicants may be waiting for 10 years before they see even the temporary green card.

But the way that the program usually works (EB-5 is in itself a complex system) is that the money is transferred right away and the visas come along later. This means that in the worst cases (recent Chinese investors) these aliens may be parted from their money for 10 years, even if they avoid the myriad crooks in the business. Some would-be EB-5 investors get nothing back, others get a portion of their investment, and few get more than a 1 percent return on their investments. Most EB-5 money goes into mezzanine financing for real estate projects, i.e., in low-return, de facto loans.

What happens if the investor decides he does not want to wait 10 years? Can he get his money back? Only if the regional center, acting against its own best interests, opts to make the refund.

According to Douglas Litowitz, an attorney for EB-5 investors, based in Deerfield, Ill., there is a conflict within federal law. On the one hand, the immigration law says that EB-5 investors must keep money in an EB-5 fund and at risk until the 24 months of conditional residency is completed. But in the bigger picture, Litowitz claims that virtually all EB-5 funds violate federal securities laws (in particular the Investment Company Act) and therefore EB-5 funds should be dissolved and the money returned if the investor wants it back.

I have seen no estimates of the amount of enslaved money that is locked into these visa backlog EB-5 investments, but it must be growing steadily and must be in the low billions.

The industry, of course, is delighted with the situation and routinely enlists the Minority Leader of the Senate, Chuck Schumer (D-N.Y.), and the Majority Whip, Sen. John Cornyn (R-Texas), to fend off any attempts to reform the EB-5 program. They use, again and again, a legislative sleight-of-hand, inserting language in must-pass appropriations bills to continue EB-5 just as it is. (The part of the EB-5 program authorizing these joint investments has never been a permanent part of the law.)

Two different visa imbalances, both related to highly skilled workers, are also gifts to corporate management, notably to the high-tech firms that make such extensive use of the H-1B program for workers (usually) with at least a bachelor's degree.

Here's one of the multi-step scenarios that operate in the H-1B neighborhood:

Whereas the period of OPT indenture can last no more than three years (plus six months if he has an H-1B application pending), Adesh is now in a second period of indenture that could easily last for 10 or more years.

What we have here is a pair of funnels; the first (H-1B) will handle a fraction of those interested in the H-1B jobs. The second funnel (for the green cards) is even smaller than the first, and the only way for a worker to get through both funnels is to be well regarded by his employer.

No wonder the industry loves these foreign worker programs! For more on this process and how it indentures these workers, see this article by Professor Ron Hira of Howard University.

Visa waiting lists are an American invention. I may be wrong but I do not think any other major nation has such a system for coping with more migrant-applicants than the nation thinks it needs. In other places the general pattern is that the nation takes in as many as it wants, and tells the others "no".

We, on the other hand, set up standards for immigrants, and — quite separately — set numerical quotas for visas. If the would-be immigrant is regarded as eligible he or she is granted an approved petition, and if there are more such approved petitions than visas, as is usually the case, then the alien is placed on one of our immigration waiting lists.

This is a long-established (about 95 years old) bit of policy lunacy, and it is with us because Congress created it, and has tolerated it. It fills three political needs: It allows Congress to put overall numerical limits on many (but not all) parts of the migration stream; it permits Congress to say "but not too many from a single country"; and, at the same time, allows Congress to declare to all aliens: "if you qualify we will admit you."

While any one of those postures is reasonable in itself, the combination of the three of them, all at the same time, creates a growing mess.

In addition to being a result of a design flaw of monumental proportions, the waiting lists (or backlogs) present three sets of real-world problems, only the first of which is ever discussed:

Clearly something should be done about these backlogs, but are there solutions that do not involve issuing more visas?

Several suggested ways to reduce and ultimately eliminate the backlogs will be discussed in future postings, one on the EB-5 program, and the other on the skilled worker programs. None of our suggestions will involve additional visas and, in the case of the EB-5 industry, it will not even slow the arrival of billions of dollars each year to help our big city developers with their fancy projects.