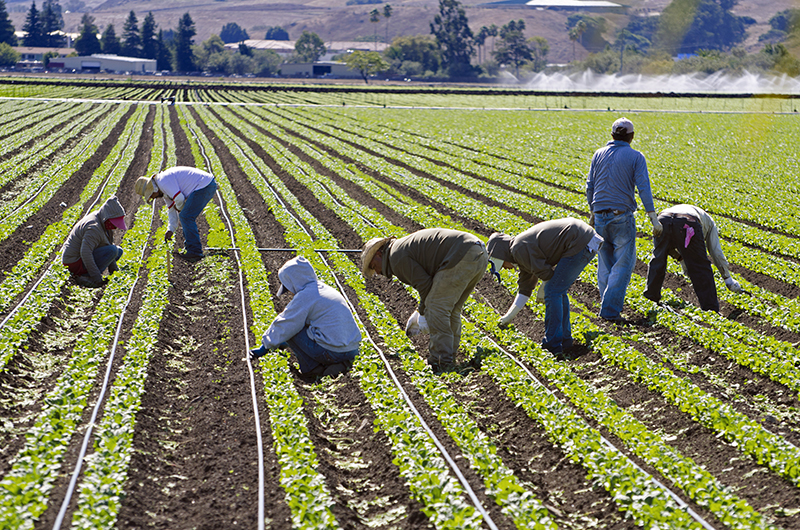 Whenever the Trump administration decides it does not want to collect information, look out!

Earlier examples have been the denial of climate change, efforts to reduce the completeness of the Census, and suggestions that testing for Covid-19 was increasing its spread.

This time the information not wanted by the government is that used to set the wage rates for foreign farmworkers in the H-2A program. The National Agricultural Statistics Service until now has conducted the Agricultural Labor Survey to determine the so-called "Adverse Effect Wage Rate" for these workers. The idea being that wages paid below these rates would hurt U.S. resident farmworkers.

For well over 50 years, agribusiness in the United States has opposed the collection of this data on the dual grounds that it was a nuisance for the industry and that it forced employers to pay foreign workers more than they desired. I dealt with this issue more than five decades ago when I was the assistant for farm labor to U.S. Secretary of Labor W. Willard Wirtz in the 1960s.

The Department of Agriculture has suddenly realized that there are other sources of data on farm wage rates and has suspended the survey, implying that those other data sources can be used instead to set the adverse effect wage rates. This cannot be anything but bad news for the H-2A farm workers and the U.S. workers with whom they compete. It will probably produce still-larger populations of ill-paid but legal farm workers, and it will likely hold down any increase of farm wages, which are ridiculously low for an advanced economy such as ours.

There is an underlying problem with these rates that is probably not being addressed. Most harvest farm work is paid on a piece-rate basis. These rates are usually on an hourly basis. But this factor probably has nothing to do with the proposal, which can be seen here.