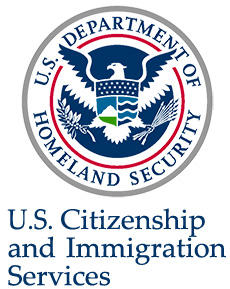 The Obama administration's open-borders polices continue to prevail in some under-the-radar decisions of the federal government, despite the election of Donald Trump.

This is about a single example of this behavior, in which U.S. Citizenship and Immigration Service (USCIS) seems to define the law as exactly opposite from what it appears to say. All this can be seen as a small-scale effort to cut employers' costs for H-1B workers and thus (indirectly) to encourage the hiring of more of them. This clearly runs directly counter to the White House's "Hire American" policy.

It is another of these cases in which narrow private sector interests get benefits for themselves, while doing hidden harm to the public interest. The U.S. workers hurt by these decisions generally do not know what has been done to them, or are powerless to do anything about it, or both. With the possible exception of this posting, all this is done in virtual secrecy. And, as always, the devil is in the details.

In this case, the devilish detail is the definition of two words, "subsidiary" and "affiliate"; the government's new definitions, in this narrow context, constitute a small giveaway to the prosperous employers of H-1B workers.

Background. The H-1B program brings skilled workers, usually college graduates, to the United States in large numbers. The usual estimates are that there are between 800,000 and 900,000 of them working in the United States with these visas. Congress has applied a number of modest fees on the H-1B program in an effort to make it look less harmful to Americans. One of these fees was set 19 years ago in the misleadingly named American Competitiveness and Workforce Improvement Act of 1998 (ACWIA), with the moneys received to be used to train U.S. residents in computer skills. The imposition of the fee played into the posture of the IT industry that there is a shortage of Americans with computer skills, which is fallacious.

These fees were set by Congress at $1,500 unless the employer had

The objective of the policy memorandum seems to be to make it easier for employers with one or more subsidiaries or affiliates to pay $750 rather than $1,500 for each H-1B visa, a relatively tiny gift to some of the smaller players in the massive IT industry. Since H-1B visas are usually good for three years, this reduction comes to about $250 a year, or in a 2,000-hour work year, about 12.5 cents an hour; hardly high finance, but there is very high skullduggery, as we will see.

How USCIS accomplishes this loophole enlargement — all without any additional legislation — is a wonder of Washington linguistics, and reflects well on the creativeness, if not the public-spiritedness, of some lobbyist whose name we will probably never know.

The 180-Degree Turn. The plain language of the law cited above would seem to indicate that if an entity, including its subsidiaries or affiliates, has more than 25 full time employees, the entity has to pay at the $1,500 rate. The word "including" would seem to be significant. The policy memorandum, written 19 years after the law was enacted, notes that "The terms 'affiliate' and 'subsidiary' are not defined in INA 214(c)(9)(B)."

Maybe there was no need for a definition until some clever lobbyist decided that there was such a need.

The policy memorandum continues: "Therefore, to ensure consistency in adjudication and collection of the ACWIA fees, USCIS is issuing this policy memorandum (PM) which: (1) provides the agency's definitions of the terms 'affiliate' and 'subsidiary.'"

It then goes on, at some length to say that previous definitions of those terms, in a totally different context (in the L-1 or multi-national corporate workers program), were to be used as precedents in the H-1B program, stating:

Adopting the nonimmigrant definition of "affiliate" is a rational approach since this definition has already been defined in DHS regulations.

Then these definitions (apparently not used in the almost 20 years since the fee was mandated by Congress) lead to this instruction (which is terrible public policy but is clearly written):

In other words, [agency] officers should count down and horizontally, including the petitioning employer's other affiliates and subsidiaries, but not up toward its parent or its affiliates' parent(s).

In another part of the policy memorandum it states that:

H-1B employees of the parent company should not be counted toward the total number of FTE employees for purposes of determining the ACWIA fee.

Much as I tried, I could not follow the mental path that led USCIS to determine that the L-1 definitions were more significant than the intent of Congress.

Let's apply the new rule to a parent firm with 24 employees, owning a subsidiary with 24 more workers; the policy memorandum seems to be saying that this employer of 48 is to be counted as an employer of 25 or less. In what appears to me to be the plain language of the law, this employer of 48 does not appear to meet the legal standard of "with not more than 25 full-time employees."

But USCIS, either in a fit of foolish consistency, as Emerson put it, or in a convoluted attempt to lower employers' cost of hiring H-1Bs, has simultaneously pulled off a highly questionable linguistic stunt while undermining public policy — all to reduce the employers' costs by 12.5 cents an hour.