A U.S. Virgin Island Has a High Homicide Rate, and Many Foreign-Born

Coincidence or cause-and-effect on St. Croix? 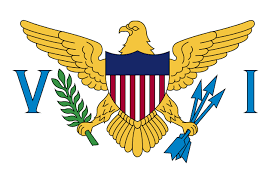 In two different and unrelated statistical strolls the other day, all from the proverbial altitude of 50,000 feet, I found that:

How do the Crucian homicide rate and the migration data relate, if at all? Is it a matter of cause and effect or a coincidence? And what clues could be brought to bear on that question? Those of us in the migration policy business often face similar sets of numbers, and this particular pair may have broader implications in that field.

My first reaction was to think about how America’s homicide rate of 5.3 per 100,000 is dwarfed by those of such migrant source-countries as El Salvador, which leads the world at 61.8 per 100,000, according to the Index Mundi tallies, Honduras at 41.4, and Guatemala at 26.1. These are the three nations that are providing us with such a surge of illegal aliens at the southern border, apparently egged on by the Biden administration policies of non-enforcement.

Maybe the USVI, with all its migrants, was pulling them from high-homicide countries, and this was the cause of the high rates on St. Croix. (The other major island, and the site of the capital, is St. Thomas; the third is the less populated, and site of some expensive resorts, St. John.)

Then I looked a little closer at where Virgin Islanders were born; only 46.9 percent were born in the home islands; the rest were born in:

Then I matched the homicide rates per 100,000 in the specific entities, and found:

So, if the homicide rate on St. Croix is 92.1, and if the rates in every specific sending jurisdiction are (with the exception of St. Kitts) less than one third of the St. Croix rate, how can one pin the blame for the high crime rates on the presence of immigrants? Clearly the more migration, the larger the population, the more homicides, but proportionately?

Something else is going on, and quite specifically on that island. As the Virgin Islands Source reported on May 21, there have been 18 homicides on St. Croix so far this year, and just three on the equally populous but not equally deadly St. Thomas (and none on St. John.). Why is the rate so much higher on one island than the other? That’s hard to tell at 50,000 feet.