By David North and Bryan Griffith on December 13, 2019 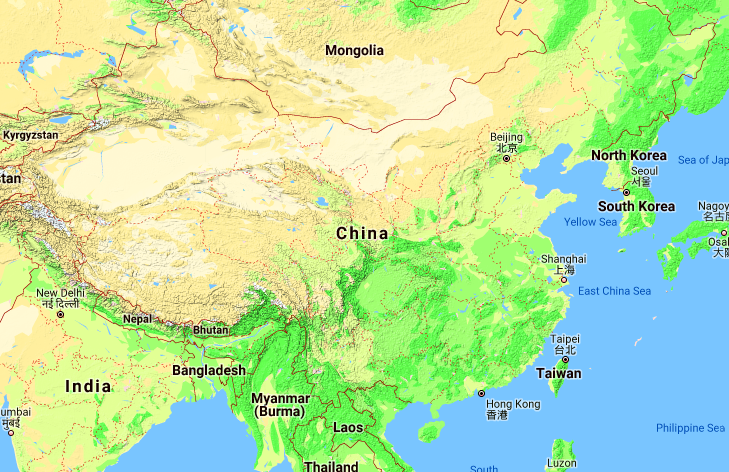 The Center, long dubious about the EB-5 (immigrant investor) program, has now found three different EB-5 investors who have – apparently separately – made serious money while undermining U.S. national security through trade with North Korea, Iran, and China. Additionally, at least two of the investors are accused of using the EB-5 program to further launder their illegal proceeds.

The EB-5 program now requires a minimum of $900,000 in its pooled investment program. Each investment produces a family-sized set of green cards, after some waiting time, to the aliens investing. Each of the investments is supposed to create 10 full-time jobs, but DHS has defined that requirement so loosely that it is no longer a significant factor. The minimum investment when these three joined or sought to join the program was $500,000.

All are male Chinese nationals and all have been involved in the federal courts. All had put up $500,000 plus fees in investments approved by, but not guaranteed by, the Department of Homeland Security, which routinely refuses to discuss individual cases.

We have previously written that creative crooks of all kinds gravitate to the EB-5 program, both aliens and citizens, investors and managers, here and abroad, all swarming like bees to honey – but we had not noted the presence of more than one investor who was also a possible national security threat.

Now we have three of them:

One of North Korea's less-noticed contributions to the world's ills is the export of coal. The Chinese purchase and use it, speeding up global warning. The U.S. government sanctions these shipments, as they are worth more than a billion a year to North Korea and often used for military funding.

One of the firms in this business is Dandong Zhicheng Metallic Material Co., Ltd, and its owner is Chi Yupeng, presumably still a resident of China. As one of China's largest importers of coal from North Korea, he used the proceeds to purchase "other items for North Korea, including nuclear and missile components."

In August 2017 the U.S. Justice Department filed a forfeit motion against Dandong Zhicheng of more than $4 million for violating sanctions; in January of 2018, it added in the $500,000 from investments in the EB-5 process. Most recently, on September 18 the court ordered a default judgement. It is PACER case 1:17-cv-01706-CRC.

Wang Wei (a/k/a Jack Wang), was the "Beijing-based owner of several Iranian procurement front companies [that were sanctioned] ... for transfers to Iran's missile program," according to a civil complaint filed in 2018 with the U.S. District Court in the District of Columbia.

The complaint listed five of his companies that had been "supplying U.S.-origin items to an Iranian party associated with the Iranian defense industry and to an Iranian party whose customers include companies designated by the Department of Treasury as Specially Designated Nationals." The latter designation is not a compliment.

In Wang's case, unusually in such situations, we are told the name of the States-side EB-5 activity. It is the Cleveland International Fund - Medical Mart Hotel. The complaint reports that the fund was "set to mature in 2020 and pay out $500,000", which means that his investment must have been made many years ago.

It turns out that the now-named Global Center for Health Innovation was opened in 2013, but has had some major difficulties since then. According to an account in the Cleveland Plain Dealer, the center lost its largest tenant earlier in 2019, and if the space was not leased to someone else the place would only be half-rented. The article also said:

The construction of the Global Center, originally dubbed the Medical Mart, along with the adjoining convention center cost $465 million, and is being paid for with a quarter-cent increase of the sales tax in 2007. The center has struggled with varying levels of vacancies since it opened in 2013, prompting a transition in strategy from a health care showcase space to an innovation hub and workspace.

Since the facility opened in 2013, Wang's investment must have been made earlier, probably years earlier, which should have created green cards for him and his family by now. A telephonic inquiry to the Cleveland International Fund (which is still in business) about Wang's status was not returned.

Shuren Qin, who became a U.S. resident thanks to the EB-5 program, purchased and exported items with military applications, while concealing that the items were being sold to affiliates of the People's Liberation Army's Navy (PLA), the formal name of the Chinese navy. Qin exported items that "can be used for weapon delivery systems, anti-submarine warfare, mine counter-measures as well as intelligence, surveillance and reconnaissance activities."

He is under indictment for these sales and his trial is still pending, according to the most recent filings in the PACER account, Case 1:18-cr-10205-DCJ. He was jailed for many months but is now confined to electronic monitoring at his home in Massachusetts. Our earlier account of his indictment can be seen here.

This is not the first time the EB-5 program has been singled out for national security concerns. A June 2018 transmission from Sen. Grassley (R-Iowa) to then DHS Secretary Kirstjen Nielsen references a Citizenship and Immigration Services Fraud Detection and National Security Directorate report, which:

confirmed 19 cases with national security concerns primarily from China, Iran, and Russia, and another 21 cases that were still being processed, or were no longer being assessed due to litigation or withdrawal.

To be fair, while most EB-5 investors are Chinese males, most of them have not been charged with sanctioned transactions with hostile governments. It is true, however, that the EB-5 program continues to embarrass itself by the rascals that it attracts.