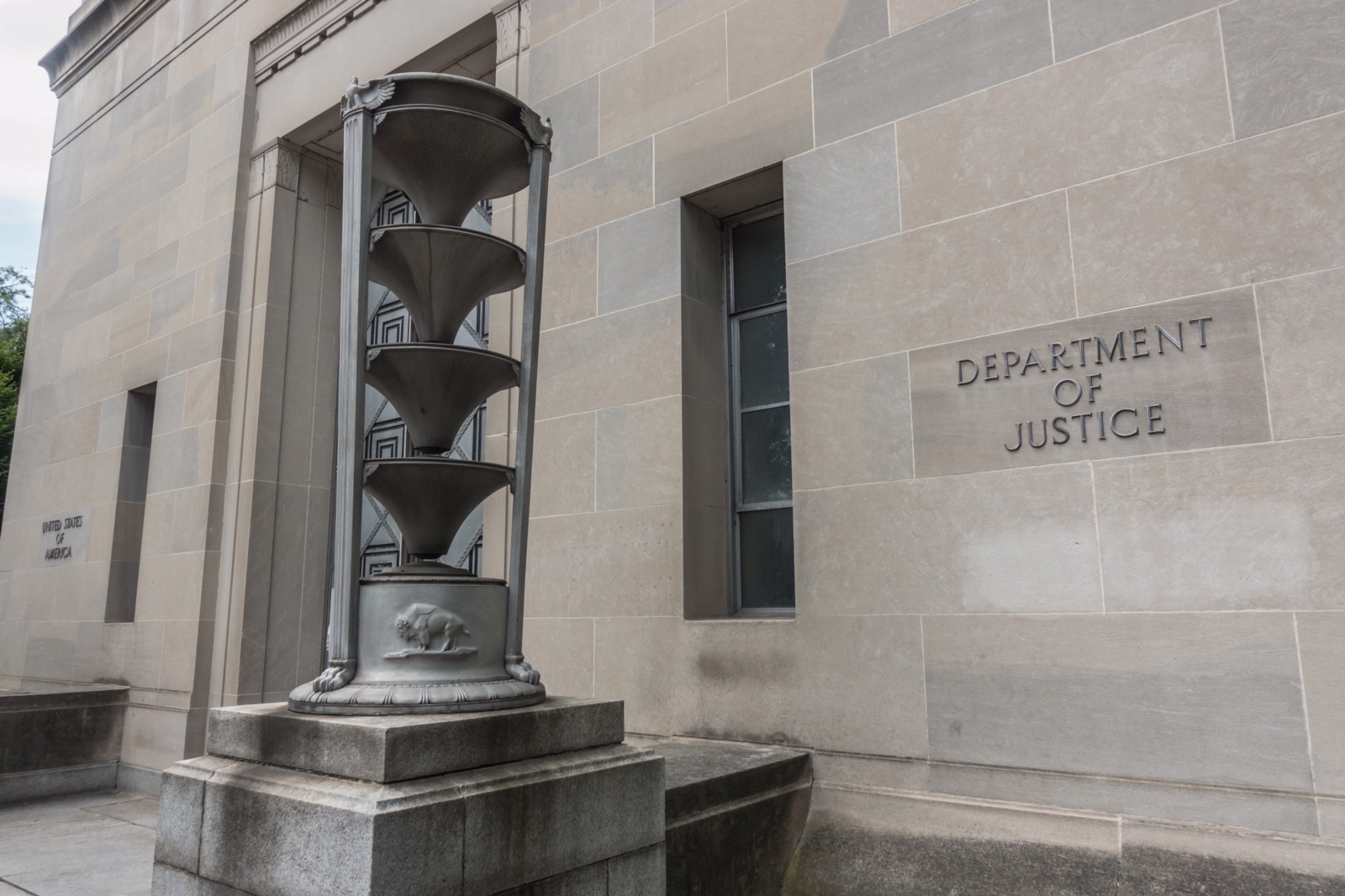 There are two stories behind the story that my colleague Andrew Arthur posted here recently.

He told how an Ashburn, Va.-based IT recruiting firm, ASTA CRS, Inc., had run ads that stipulated that only those with temporary visas were sought, thus excluding citizens and green card holders from the jobs in question.

The firm was, as Arthur reported, forced to sign a settlement to stop such practices, and to be monitored by an arm of the U.S. Justice Department for two years, all perfectly true, but there are two back stories as well:

The move against ASTA is part of a program launched by the Administration when the president directed in Executive Order 13788 to "Buy American and Hire American," as Arthur described in another article earlier this year. In that order, the president told secretary of State, the attorney general, the secretary of Labor, and the secretary of Homeland Security to protect the interests of U.S. workers in the administration of our nation's immigration system, including by preventing fraud or abuse.

Heath is a well-credentialed IT specialist living in Boynton Beach, Fla., some 50 miles north of Miami. His skill set is exactly what many IT companies need, but his other characteristics make his job prospects among H-1B users unlikely because he is both a U.S. citizen and is over the age of 50.

Heath is the creator of a sophisticated website dealing, in great detail, with the use of the H-1B program by U.S. employers. He describes it this way:

H1bfacts.com is a compilation and aggregation of data provided by the Office of Foreign Labor Certification (OFLC), an agency within the DOL along with data obtained by numerous FOIA requests. With this tool, the user is able to locate H-1B applications certified by the DOL. The user is able to filter requests based on employer, city, state, congressional district, and/or other criteria. Currently I have data from 2010-2017. I have recently received additional data for 2018, 2019, and 2020 from recent FOIA requests. I will be integrating that data along with data for comparison purposes from the BLS (Bureau of Labor Statistics) in future releases. Of course, the employers' prevailing wage data is a total FRAUD, engineered by the DOL. Comparing OFLC data with BLS data will expose the prevailing wage fraud concocted by the DOL.

The user is able to produce reports on their own through h1bfacts.com or they may review reports for the year 2017 that have been previously created by h1bfacts.com by visiting the website https://www.saitj.org/.

I gather that the website is a public policy project, producing little or no income for Heath, who has been scanning the internet for paid employment. In the course of this, he found this ASTA ad:

We are Offering Full-time opportunities OPT/CPT for major IT clients (Banking, Insurance, Health care & Ecommerce domain) across the USA.

Bachelors/Master's degree in a related field

Willing to relocate across the USA.

The reaction of the Department of Justice to this ad was the substance of Arthur's report mentioned earlier.

ASTA secured, according to myvisajobs.com, 229 labor certifications in the years 2018-2020, and thus presumably got about 70-80 slots in the H-1B lottery. It is said to gross about $6 million a year. As is usual in such settlements, ASTA admitted no wrongdoing, but promised to behave in the future.

Heath says of the firm: "It is a self-identified employer/recruiter that proudly announces from its website, astacrs.com, that it services corporate and government clients that, according to my research of government data, have huge encampments of foreign workers in the United States on cheap labor work visas (e.g., Capital One, Anthem, and Comcast)."

This case was only one of 11 that Heath has started with DOJ. In each of them, he has seen and cited an anti-U.S. worker ad, has filed an application with the company running the ad, has been turned down for the job in question, and in each of the 11 cases he has filed appropriate papers with DOJ.

Without getting too far into the weeds, filing complaints with DOJ is a complex and time-consuming operation and, so far, Heath has been doing it pro se (i.e., without a lawyer). He tells me, and I agree with him, that he probably would do more good if he had legal assistance. He deserves it.

In addition, other citizens who have lost jobs because of discrimination against citizens should follow Heath's example. Lots of them, one hopes.

So far, ASTA is the first case initiated by Heath to emerge from the DOJ-IER pipeline (described below) with any level of success. However, Heath has other cases whose outcomes are uncertain at this time. Currently, Heath is not seeking publicity on those cases for fear that it might jeopardize their outcomes. (I am not a lawyer, but I am not sure he is right about that.)

Heath has caused a batch of biased IT placement firms to sweat, to spend money on lawyers, and, in the ASTA case, to be monitored for the next two years. Let's hope these moves actually change the hiring practices of all of them.

The Immigrant and Employee Rights Section (IER) of the Justice Department's Civil Rights Division is the government agency that Heath is complaining to; it handles various kinds of immigration-related employment discrimination. It is successor to a unit called the Office of the Special Counsel, also in the Civil Rights Division, which did this kind of work in the past. That unit, too, was concerned with both labor market discrimination against both non-citizens and U.S. citizens.

That IER took some action in the ASTA case is both commendable and rare, as a little research shows. IER seems to be a part of the government that the Trump administration has not noticed or sought to control.

Bearing in mind that the image an agency wants to show to the public is reflected in its press releases (I used to do PR work for parts of the federal and New Jersey governments), we looked at the Special Counsel's press releases nine years ago. The Office of Special Counsel, then perhaps with a smaller staff, had over the prior 13 years issued 31 press releases about its accomplishments.

In 25 of those cases, the action publicized was taken against employers who had been over-zealous in demanding documentation that eligible workers were really eligible, or had discriminated in other ways against non-citizen workers. In four cases, the discrimination was against U.S. workers in the H-1B, H-2A, and H-2B programs. In another it was against non-Korean workers, and in still another it was discrimination in favor of a specific illegal alien. So only 19 percent of the time was this office — at that time — writing about actions that it took in favor of citizen workers (assuming that the non-Koreans were U.S. citizens). President Obama was then in office.

We decided to mount an identical study of the same database, now that President Trump is in the White House. We learned that the press office for the unit was finding (or opting to write about) a lot more decisions than in 2011. In the period July 30, 2019, to July 30, 2020, it issued 20 press releases on IER accomplishments, and the breakdown was eerily the same as in 2011. Of the releases, 15 percent related to anti-citizen discrimination while the other 85 percent related to anti-immigrant actions, largely the demand for more documents than appropriate.

So the Office of the Special Counsel in the Obama days was somewhat more likely (at least by this measure) to advertise its efforts to come to the aid of citizens than the Trump Justice Department.

IER's Own Tally. Our analysis above covers two time periods, the years 1998 to 2011, and July 2019 to July 2020; IER, in a press release dated April 24, 2020, said that it had recovered $1.2 million in civil fines and back pay in these kinds of cases in a period that appears to be from May 23, 2017, through April 2020, a span of nearly three years. Another IER press release, dated March 19, 2020, said that it caused settlements of eight of these cases in an unspecified length of time. Eight cases in what looks like three years is 2.7 cases a year, not a very impressive record, and it is a set of numbers that mesh neatly with our own observations.

I must admit that a press release study such as this one may not accurately reflect the work of an agency, but it certainly reflects (if unconsciously) the priorities of the agency leadership.

"Partial Victory" Explained. The three publicized cases that benefited citizens in the last year included the ASTA case brought by Heath and two others brought by others. On March 19, 2020, DOJ announced a settlement with Hallaton Inc., a Baltimore County (Md.) firm that installed something called "geosynthetic liners". It had been charged with preferring H-2B workers to citizens; the action was described in some detail by Arthur in a March posting.

The third case in this category, settled on March 3, 2020, dealt with a bus company in El Paso, Texas, that also preferred H-2B workers to citizens.

I use the term "partial victory" on the ASTA case; this is because it only involved a settlement and some federal monitoring. In both the Baltimore County and El Paso cases the employers also had to pay back wages to the citizens ($91,015 and $80,000 respectively) and in the Maryland case there were, in addition, civil penalties of $43,143.

Neither civil penalties nor back wages were part of the ASTA settlement; hence, it was a "partial victory".

So ASTA was a small step forward but there should be a flood of such cases, complete with stiff civil penalties and back pay in all of them.