A Report on the EB-5/E-2 Grenadian Gambit 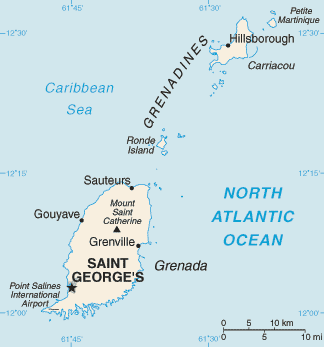 More than two and a half years ago (on August 17, 2017) we reported on a complex ploy to get around U.S. immigration laws and to advance the arrival of some Chinese investors in the EB-5 program.

It involved both the EB-5 program for immigrant investors (which leads to a green card) and the non-immigrant — i.e., temporary — E-2 (treaty investor) visa program, which, like EB-5, allows the investor, his or her spouse, and the children to live and work in the United States.

The challenge was — and is — the long backlogs for Chinese investors in the EB-5 program, which uses their money for years before a visa is available. The response we reported on was to use the immediately available (and repeatedly renewable) E-2 treaty investor visas to bridge the gap.

The scheme was a one of considerable ingenuity, and was based in Grenada, a former British colony in the Caribbean, now an independent nation. Devised (as you might imagine) by a Philadelphia lawyer, Matthew Galati, we described it as working like this:

To pull this off, the Chinese investor would need the initial investment in a project related to the EB-5 program (the minimum was then $500,000, raised since to $900,000), plus $200,000 to the Grenadian government for citizenship in the island nation, plus enough money — presumably $100,000 or more — to start the new business in the States, plus money to fund travel to and from Grenada and for various associated fees. Further, the investor would need to be able to persuade Grenadian and U.S. officials that she or he was eligible to receive the various documents.

So, two and a half years later, the question is: Did anyone make it through all those hoops?

The answer is yes, and the number (from a small base) seems to be growing rapidly.

In 2018, State Department records show 10 E visa issuances to Grenadian nationals, 39 the following year, and partial data for the first seven months of this fiscal year, 2020, projects to a total of 72 for 2020. The three-year estimated total would be 121.

Some caveats: We do not know, for certain, that all the Grenada-based E-2 visas were issued to Chinese EB-5 investors, nor do we know, in the years 2018 and 2019 that these were all E-2 visas, but the issuance of an E-1 (treaty trader) is not common in these islands. (The annual data do not make the distinction between the two E categories; treaty traders are routinely executives of big multi-national companies, with Japan dominating the numbers.)

The issuance of 121 such visas probably include some dependents, say 1.5 for each principal. That would suggest about 50 new Grenadian citizenships, or $10 million for Grenada, not bad for a little country with no more than 110,000 or so residents.

We will try to remember to look at these numbers a year from now, to see how this project is faring. Meanwhile, the scheme is still being promoted on the internet.