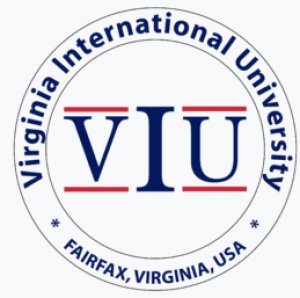 I do not spend much time wondering about whether a president of a U.S. university is a U.S. citizen or not.

I would guess that more than of than 99 percent of them are, so I found it more than a bit odd when the president of a low-ranking Virginia university (with an almost 100 percent foreign-student body) filed court papers announcing, in effect:

The U.S. Government may not think I qualify.

So two federal agencies, presumably working in quite separate silos, may be having their doubts both about the VIU president as a potential citizen and about VIU as an educational institution. Perhaps the Chronicle of Higher Education or the blog Higher Education Today could tell us how many U.S. colleges and universities have this dubious, double distinction.

VIU, which offers both undergraduate and graduate courses, is known to be associated with the conservative Muslim cult run by Turkish cleric Fethullah Gulen, now living in self-exile in rural Pennsylvania. The cult, and allegations of mismanagement of funds used to run its string of charter schools, have been investigated by the FBI for years, but no indictments have been filed. (For more on how low-ranking educational institutions, such as VIU, are complicating the immigration scene, see here.)

The Scott/Sarac Parallel. Sarac's filing reminded me of the time in the 1970s when one of Virginia's U.S. senators was described by a magazine as the "dumbest member of the U.S. Senate".

Sen. William Scott (R), instead of letting the matter rest, confirmed the article by calling a press conference to deny the allegation. The press conference drew much more negative attention to Scott than the poll itself had done. Scott did not seek a second term.

Scott obviously would have been wiser to leave well enough alone, and Sarac would seem to be in pretty much the same strange boat. With your little university facing all sorts of perils, why gratuitously tell the world not only that you are not a citizen, but that the government may have grave doubts about your fitness to become one?

The Naturalization Process. Sarac did not do this in a press conference. Instead, he filed a motion in the federal court in the Eastern District of Virginia complaining that the Department of Homeland Security had not acted positively on his application for naturalization. By doing this, he admitted that he was one of a handful of American university presidents who lack U.S. citizenship, and that the government may have some doubts about his eligibility.

I am quite familiar with our naturalization process, as I was one of the first people (back in the 1980s) to explore the subject for the Ford Foundation.

There are three possible sets of reasons for DHS to stall its decision-making process, the first two of which are unlikely in this case:

If either of the third set of reasons is the grounds for the case, it would seem to be foolish for a prominent individual to raise the issue, especially as this would be a totally voluntary act on his part. Had Sarac, who holds a PhD from a Turkish University, not sued the feds, virtually no one would have known about his lack of citizenship.

Sarac's cause is not helped by the court file, because all the arguments for and against are sealed. All we know, from PACER case file 1:2017-cv-01423, is that Sarac filed seeking a favorable naturalization decision on December 13, 2017, and that the presiding district court judge, Anthony J. Trenga, ordered on January 30, 2018, that DHS must make a decision on his application within 45 days.

Potential Political/Diplomatic Repercussions. Although the Sarac case has received no press coverage to date (other than this piece), it has potential ramifications well beyond his own situation, and that of his university.

For a number of years, the Gulen organization, according to its critics, was protected by the Obama administration; some pointing to the CIA, and others suggesting the lobbying work of John Podesta, a long-time ally of Hillary Clinton.

No matter on what basis the Sarac naturalization decision is actually made, the Gulen critics will conclude that a decision in his favor will mean that the mysterious ties of Gulen to the U.S. government remain alive and well.

A pro-Sarac decision — even if made at the adjudicator level — might even lead to a diplomatic protest and a further irritant in relations between this country and Turkey.

I can hear the rumbles from the Turkish embassy: "You not only will not extradite Gulen (who is linked in Ankara's mind to the failed coup in that country) — you are anointing one of his henchmen with your citizenship."

Somebody or, more likely, somebodies, in USCIS must be wrestling with these matters even as this is written.