One For-Profit ESL School Sues Another over Recruiting Issues 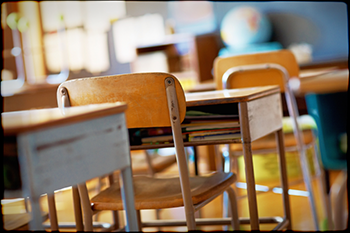 Most of my readers with some experience at American colleges or universities did not have any contact with recruiters paid by those institutions, unless they happened to be spectacular high school athletes. Most of them attended schools that had more applicants than they could accept, and thus did not need recruiters.

It is often different if the institution is financially dependent by foreign students. In one case, the tax return for Silicon Valley University, in San Jose Calif., shows that it paid more for recruiting than for faculty salaries — about $2.13 million vs. about $1.19 million. (SVU is one of the 55 "compromised colleges" examined in the Center's recently released report "The Dregs of Higher Education Damage Our Immigration System".

Given the importance of recruiting, and hence recruiters, it was inevitable that a set of Recruiters paid to bring students to School A would decide to get paid again by switching them to School B.

The switch of some students from one ESL school to another, both in downtown Manhattan, led OPMI Business School to sue another, similar institution, AMLOTUS, LLC, in the state courts earlier this year. Both institutions have ESL accreditation, and both are licensed by the Department of Homeland Security to accept foreign students.

I have no conclusions about who is right and who is wrong in this one, but OPMI said that three of its former recruiters had encouraged 140 of its students to shift to the AMLOTUS school, and had resigned from the first outfit, and are now on the payroll of the second. One of the three has a Polish name, one a Chinese name, and the third relates to the Philippines.

The three defendants replied, rather indirectly, that OPMI did not have an organized recruiting program, that they had worked long hours, and that there were not any records for them to steal, as had been alleged.

The case is not yet finally closed, but it looks like a handwritten document in the court's files indicates there was a settlement as of July 6, in which the three and AMLOTUS agreed that they would stop doing what they had been doing, at least until September 6.

This rather informal arrangement was worked out in the trial court, which carries the lofty title of the Supreme Court of the State of New York; there are, in fact, two appeals levels above these courts within the state system.

So most of the twice-recruited students are apparently still at AMLOTUS.

Failings, Again, of the SEVP List of I-20 Issuing Agencies. One purpose of the SEVP list of its 8,000 or so licensed institutions, is to inform consular officers around the world whether or not the entity is permitted to issue the I-20, which usually leads to an F-1 visa. The Student and Exchange Visitor Program is a subset of the Department of Homeland Security.

We have pointed out how SEVP often keeps a school on the list even though it has been closed by state action, or has stopped taking pupils, thus encouraging phony applications, or at least facilitating them.

In the current Manhattan controversy, it is nearly impossible to check on the DHS status of one of the quarreling schools. In the case of OPMI, if you use the name of the school found on both the court papers and its website, "OPMI Business School, Inc.", you will find nothing on the SEVP listing; the search tool does not find it (as this search tool often fails to locate things on the SEVP list) and a review of the entire alphabetical list fails to produce it either. What you need to know is that OPMI stands for Our Planet Management Institute, Inc., and this is listed. I fault both the school and SEVP for allowing this to happen. It would be helpful if both the formal name and the initials were on the list.

Then there is the rival institution, which is shown as AMLOTUS, LLC on the court papers; if you use the search tool you will find it, although if you leave off the comma, you will not.

One worries, in the case of OPMI, if consular officials actually checked the list before issuing the F-1 visas. Perhaps, in this case, the I-20 issued by the school carries the name that appears on the SEVP listing.

The allegations and counter-allegations in the court documents and the sloppy listing practices of DHS do not speak well of at least some parts of a system that allows one million foreign students to be in the United States at any given time.

The author is grateful to a sharp-eyed informant — connected with neither school — who called this case to his attention.