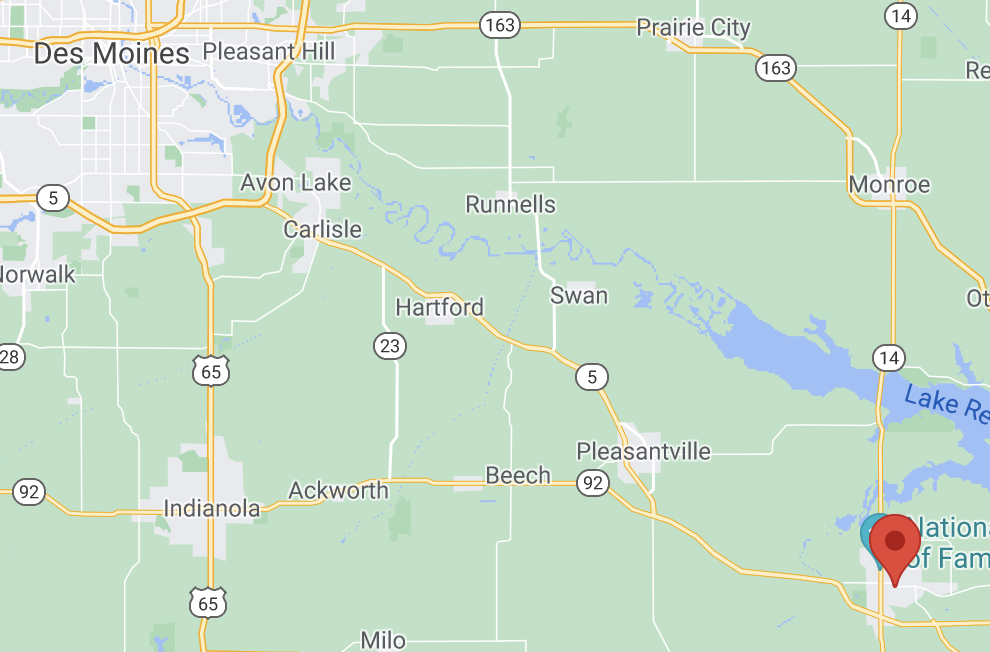 An op-ed piece in the July 21 New York Times was headlined: “Why Rural America Needs Immigrants”.

It deals with Marion County, Iowa, which one might assume is a rural area.

Ten minutes of research (something the Times’ staff should have done) shows that the county in question is a suburb of Des Moines, and the authors’ position would seem to indicate the county’s employers are either bigoted, or clueless, or both. There is no “need” for migrants in the area; local employers could get all the workers they want if they tried; apparently they have not done so.

Geography. I grew up in an adjacent state but had never heard of Marion County, or its county seat, Knoxville. I first assumed, as 99 percent of the Times readers must have also, that the county was in the boondocks with lots of corn and few people.

Not so. Google says that you can drive from the center of Des Moines to Knoxville in 45 minutes. The map shows that some parts of the county are within a 15-minute drive of the Des Moines city limits. As one who used to commute an hour and a half each way (from the New Jersey suburbs to Manhattan), Marion County is a suburb (even if the Census Bureau does not formally classify it as part of the Des Moines Metropolitan Statistical Area), and the big city’s workforce can be tapped for Marion County’s employers.

People in this category are not considered unemployed; another measure, the labor force participation rate, deals with this large population; for more on that point see the recent report by my colleagues Steven Camarota, Jason Richwine, and Karen Zeigler.

Further, the op-ed’s data relates just to the county. Workers often cross county lines to work, and Marion is adjacent to Polk County, the state’s largest, where Des Moines is located. As a matter of fact, the African-American population of Polk County (38,150) is greater than that of the entire population of Marion County (33,172), but the op-ed writers never mention African-Americans as a nearby, English-speaking, potential work force. Further, at least a few years ago the unemployment rate for African-Americans in Polk County was at 16.7 percent, more than four times that of whites (3.5 percent).

The unemployment rate for African-American workers has fallen recently, but one can assume it is still well above that of whites.

The op-ed piece, by a radio executive and a local farmer, may well reflect the thinking — or the lack of it — by local employers, as they do not touch on the possibility of commuting workers; either the employers they write about have not contemplated a commuting African-American work force, which suggests a lack of vision, or they thought about it and decided against it, which would be worse.

The Blessings of a Tight Labor Market. The greatest gap in the thinking of the authors is the total lack of any reference to the social utility of a tight labor market, which tends to decrease income inequality, something often discussed by the paper’s editorial writers. The fewer the workers, the higher the wages, the lower the profits, and the less income inequality — an attractive formula for many of us.

But no, the writers want to increase the number of immigrants, and thus still further increase the size of the American population, further weighing on our imperiled infrastructure, and further increasing the economic gap, all so that the unenlightened employers in and near Knoxville, Iowa, can save a few dollars.

What would happen if Marion County were miles from any sizeable pocket of resident workers? Should the immigration system be tapped in that case?

That will be the subject of a future post.