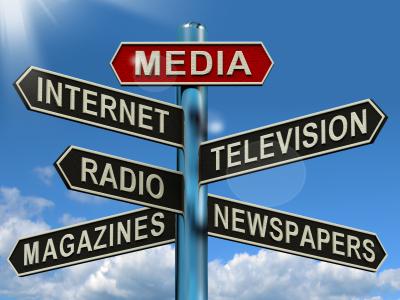 When Company XYZ hires 200 H-1B workers, it fattens its profits, and deprives 200 U.S. residents of jobs that they could do. That's bad enough, but at least that is the end of the story.

When a major player in the mainstream media hires 200 H-1Bs, it has the same direct impact as that of Company XYZ, but it also might color its treatment of the H-1B program as a news story; either by biasing an article, or more likely, ignoring the subject completely.

With that in mind, we decided to see if the use of the H-1B program we previously reported on, in the case of the New York Times, extended to other major media outfits. The short answer is: Yes, it does.

We decided to check on a dozen media entities: three major newspapers, three major wire services, and six broadcast organizations. We reviewed how many H-1Bs they sought in the five-year period from 2014-2018, how many green cards they filed for in the same years (presumably largely drawn from their H-1B workforces), and the average H-1B salary offered in the year 2017.

We drew all the data from the Myvisajobs.com website, that is, in turn based on U.S. Department of Labor information. We knew that, because of the lottery for H-1B slots — the ceilings are routinely over-subscribed — the employers probably hired about one of every three workers they sought. The number of green cards applied for, however, probably did not exceed the number of appointments by very much.

What we found, as can be seen in the table, is that (in the 11 cases where data is available) there was a substantial amount of H-1B hiring, that there was a substantial amount of green card conversions of those H-1B workers, that the salaries were six-figures in all but two cases, and that in the overwhelming majority of the cases the media operators were hiring IT and business people, not journalists.

Our database dealt with direct hires only. Many H-1B users also contract out work to outsourcing companies that bring other H-1B workers to the companies' offices, but these workers tend to be less well paid than the direct hires. We are seeking information on this variable, and if obtained, will report what we find.

As one looks at the table it quickly becomes obvious that while the salary data is comparable from one firm to another, the volume of hires is more related (we suspect) to the size of the outfit than to anything else. Fox and NPR — they filed for 30 H-1B workers over five years between them — are tiny organizations compared to Bloomberg LP, (2,252) and Thomson Reuters (760) for example.

Further, and this is hard to quantify, some of the 12 outfits are strictly journalistic endeavors, such as AP, Turner, and NPR. Others such as Bloomberg and Thomson Reuters have multiple other activities: The former is primarily in the business of selling its "Bloomberg terminals", and the latter owns, among many other things, Westlaw, the legal reporting system, as well as Interpreter Releases, the immigration bar's trade paper.

Ten of the 12 are for-profit institutions, and NPR and AP, which pay the lowest salaries, are non-profits.

The proverbial 800-pound gorilla in the room is obviously Bloomberg LP, founded by former New York City Mayor Michael Bloomberg; it has the most H-1B filings at 2,252; the most green card filings at 570; and its salary average in 2017, at $156,762, topped all the others, with NBC coming in second with $126,111. In addition to its news services, Bloomberg has massive holdings in financial software and financial services. Ex-Mayor Bloomberg's personal wealth has been estimated at over $50 billion, many times that of President Trump.

An H-1B Golfing Exception. Getting back to the H-1B program, it is safe to say that most of these jobs could, and probably should, be filled by U.S. residents, and that the hirings damaged the American system by lowering, in some cases, the wages in the labor markets where the foreign workers played a major role. (It is hard to argue, on the other hand, that offering a class of workers $156,762 a year is depressing the labor market.)

However, we did encounter one exception.

This H-1B worker, unlike most of the others, was both part-time and seasonal, and his role in life was such that no American could do the job. Turner Broadcasting hired Mr. X, an Australian golfer, to comment on American golf tournaments from a non-U.S. background.

For the summers of 2016 and 2017, Turner used an E-3 visa — which is similar to the H-1B, but reserved for Australian nationals — to fill a two-month long position entitled "Golf Business and Physiology Analyst/Commentator". The position paid approximately $71/hour both summers.

The position appears to track the PGA championship; which Turner covers on its TNT channel through its contracts with the PGA. In the summer of 2016, the assignment was at the Baltusrol Golf Club in New Jersey, and in the summer of 2017 the position was at Quail Hollow, a course in Charlotte, N.C. These courses hosted the championships in 2016 and 2017 respectively. The tournaments included several high-profile Australian golfers — particularly Jason Day, who finished ninth in the 2017 tournament, which may explain why Turner would want an Australian in their golf coverage.

When Mr. X proved unavailable for the 2018 PGA championship in Missouri, Turner looked elsewhere and did not seek to fill the position in 2018 though H-1B. In an email response, a hiring manager from Turner told us the position was "unique to the person who was to fill the role, and once they were unavailable we went another direction."

No matter what one thinks of the H-1B program, neither Turner Broadcasting nor Mr. X, were harming our systems, and Mr. X got a couple of company-furnished cross-Pacific air trips, and was paid to watch golf games.

Most H-1B assignments do not turn out this way.