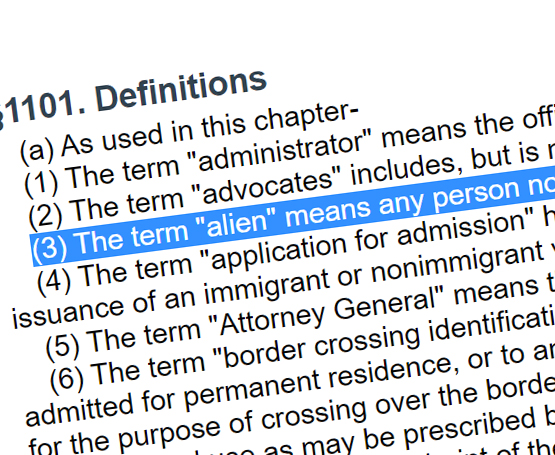 In addition to the massive amnesties proposed by the Biden administration, one keeps running into hidden mini-amnesties in the current immigration system.

While most decisions made by the Administrative Appeals Office (AAO, USCIS’s in-house, semi-judicial body) regarding religious workers uphold staff decisions to deny benefits, I found a highly specialized loophole in the system.

This is a policy, previously unknown to me, that permits a green card to be issued to a religious worker even if the alien has been in illegal status in the U.S. during the two-year required period of prior religious work. There are provisions within the fourth employment-based preference system for special religious workers to either migrate to the U.S. from abroad or adjust to resident status here, providing, among other things, that the sponsor is a genuine church (or a comparable religious organization — some would-be sponsors are not) and that the sponsor can, in fact, pay the worker a reasonable wage. But the needed work experience, if in the U.S., need not be while the applicant was in legal status.

The policy memorandum, issued during the Obama years, is the agency’s own; it does not seem to reflect a congressional decision, and can be regarded as a tiny echo of DACA.

Though it is never mentioned as such, many of the AAO decisions seem to indicate a low quality of applications, apparently filed by low-skilled applicants.

There was, for instance, a green card application filed by a nameless church to obtain one for a nameless soccer coach from Brazil. This was lost on the grounds that the coach did not have a year-round job with the church.

Other appeals failed because the AAO found that the requirement to have a letter from the IRS indicating that the church was a charity was missing, or because the church’s finances did not seem to be able to pay the alien the salary it claimed. In two of the dozen or so cases we reviewed, the church failed in the site visit phase of the review; in other words, when a USCIS agent went to the address used by the applicant, no church was to be found.

In all of the decisions, the heavy-handed redaction approach of AAO was in full play. In one of them (In Re: 10646731), there were 15 redactions in an eight-line paragraph.

The green cards for ministers and religious workers program is perhaps the smallest of the many foreign worker programs run by DHS. In 2019, for instance, Table 7 in the Yearbook of Immigration Statistics tells us that there were 823 adjustments for ministers and 65 new arrivals, as well as 405 adjusting religious workers and 38 new arrivals for a grand total of 1,331.

Proportionately, this is a high percentage of adjustments compared to other immigration categories. This reflects the activities of another program, that of nonimmigrant “workers in religious occupations”, which brought in 14,817 temporary religious workers on R-1 visas in the same year. With 10 times the number of nonimmigrants to immigrants, some of the former fall into illegal status, and thus become eligible for their own specialized amnesty.