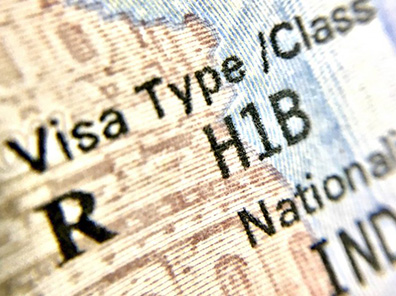 We have long known that the nonimmigrant H-1B (skilled worker) program stole jobs from Americans and lowered wages where it was dominant, as it is in the high-tech industry.

We now learn that some would-be H-1B workers, largely Indians, go to great lengths to cheat in the lottery used to determine who gets the limited number of visas each year because of the remarkable gap between in-India wages and even the depressed H-1B wages paid in the U.S. The system used by the cheaters is the subject of a lawsuit by several hundred non-cheating, would-be H-1B workers.

And, simultaneously, in a different federal courtroom, a group of H-1B employers are seeking to make the program even more exploitative than it is now.

Conceivably two federal district court judges could issue rulings that, at least in part, conflict with each other.

Meanwhile, USCIS is proceeding with yet another lottery in the program, because an undisclosed number of slots in this year’s lottery were not used by employers. It is not clear why DHS could not simply decide that it had done its duty by the ceilings (65,000 visas for those with bachelors’ degrees and 20,000 for those with advanced degrees) if they offered the limited number of new visas but some offers were refused by employers. Instead, DHS is going to great pains to make sure that every one of those 85,000 jobs will be filed by a noncitizen.

Background. The H-1B program, for years, had applications for more than the 85,000 new slots that open up each year. Since employers can ask for renewals of the three-year visas, and frequently do, the total number of H-1B workers in the country at any one time is probably in the 700,000 to 800,000 range. Under some circumstances the spouses of H-1B workers could seek work permits as H-4s, thus the admission of one foreign worker created jobs for two of them. The real size of the program, and double-dipping involved with the H-4s, are two significant aspects totally ignored by virtually all who write about it.

To some extent the inflation in numbers was kept down to a dull roar, by a highly sensible government decision; if the employer wanted one of these slots to hold down his costs, he had to file a full-fledged, multi-page application for each worker and to pay a multi-thousand dollar fee, which would be returned should the application not be chosen in the lottery.

Then to make things even easier for the employers to make use of this program to steal jobs from Americans, DHS decided that employers did not have to submit full-blown applications at the start of the process, they could file, initially, a short document and a fee of $10; only if they were selected in the lottery would they need to file the full application and pay the full fees.

It is within this context that the two court cases have been filed, and secondary lottery has been announced. Let’s look at each of the three in turn.

Non-Cheating Workers against the System. The most interesting of the three new items involves the lawsuit by the would-be H-1B workers against DHS for allowing the cheating by their rivals. Presumably the cheaters and the non-cheaters are all working under the Optional Practical Training program which uses federal money to subsidize the hiring of newly graduated foreign students for up to three years, if they had a STEM education in the States. (STEM = science, technology, engineering or math.) The federal subsidy – never mentioned in the media – comes because employers of OPT workers do not need to pay the usual payroll taxes that support our Medicare, Social Security, and Federal Unemployment Insurance programs when they hire an OPT worker. Were the employers to hire Americans, both the workers and the employers would have to meet the payroll taxes.

OPT workers often – if they win the lottery – move into H-1B jobs.

The lawsuit was filed by several hundred workers, with the lead being taken by Parth Sane, who came to the States from India in 2017 to get a master’s degree. It says that the plaintiffs had followed the law by filing single applications for H-1B jobs while other workers (and employers) took advantage of the new easier rules to file multiple applications. They want the new registration system to be put aside for the moment while they seek a court order to change the system. It appears to have been filed too late to do much good this year.

The article in Bloomberg’s Daily Labor Report quotes the inept language used by websites that promote the multiple filings. The case is before a U.S. District Court in Washington, D.C.

The Employers’ Lawsuit. The employers’ lawsuit, filed in the Northern District of California and lovingly described by Stuart Anderson in Forbes, seeks not only to reverse a Trump administration regulation that would convert the lottery to an auction, a regulation the Biden team has placed on the table for now, but also seemingly to revert to a primitive first-filed, first-filed system for taking care of the excess H-1B filings.

“First, the Lottery Rule is flatly inconsistent with the text of the Immigration and Nationality Act,” the lawyers argued.

The creation of either an auction system – given too many applications, those with the highest salary would win – or a first-come, first-served system (with little, if any, provision for labor market standards) would solve the complaints of the workers in the first lawsuit, if perhaps in ways they had not foreseen. But we have seen nothing in print that deals with both of these court cases together.

The Second Round of the Lottery. The USCIS announcement of the second round of this year’s H-1B lottery is totally free of any explanation of anything for non-insiders.

Because of the Biden administration pattern of often not announcing numbers, we do not know if this second round lottery deals with, say, 15,000 unused slots (which would indicate a collapse of the H-1B demand) or, say, a total of 13, which would suggest a huge waste of federal energy to allocate a baker’s dozen of these visas.